If you’re an environmentally conscious person or just someone who can appreciate the latest, greatest, and most innovative in bathroom technology, the newest trend in shower accessories will probably leave you thrilled.

Gone are the days when your shower head served one simple function. Now, LED shower heads are multi-functional, offering everything from ambient lighting in an otherwise dark corner of the shower (an area in which you definitely need to see clearly at all times) and even allowing you to visually monitor the temperature of the water based on the shade of the light.

LED shower heads are not only extremely innovative and cool-looking; they are also eco-friendly. They are installed the same way a regular shower head would be, except these have the added feature of lights also included in the fixture.

This means that you will be able to set more mood lighting, whether you want to ease into the day with a dim glow or relax into the evening with an ambient shower, and you’ll also be able to see what you’re doing much more clearly. On top of that, some fixtures come with the added ability to visually see what your water temperature is so you can regulate it without having to scald or freeze your hand.

Last, and perhaps most importantly, it’s as environmentally friendly as it is aesthetically cool. LED lights are the most effective on the market and will save you money in the long run. With a simple installation on top of it all, an LED shower head will make your smart home even smarter than you thought.

Why Do You Want An LED Shower Head?

Sure, you need to be able to see to get ready in the morning (or, alternatively, you want some mood lighting in the evening when you’re unwinding after a long day), and the stark overhead lights in your bathroom just aren’t cutting it. Shower heads that also have lights give you the practicality that you need while also giving you the softness and serenity that you crave.

If you’re sick of having to run your hands or feet under the water flow to see if it’s too hot or cold, effectively scalding or freezing your appendages in the process of regulating the temperature, the LED shower head can resolve that entirely. Some options actually offer a temperature monitor, meaning that the color of the lights or around the lights will shift depending on how hot or cold the water is. This means that you’d be able to simply look at your shower head for how warm or cold the fixture is and save yourself time and trouble.

Light Up A Typically Dim Part Of The Bathroom

Despite being one of the areas of your bathroom and home in which you do the most work (shaving is no small task!), showers are typically not that well-lit. This means that an LED shower head offers you the ability to see more clearly, and that’s always a win.

LED lights are around 80 percent more efficient than other lighting options, making them great for your budget. (They tend to last years longer than fluorescent lights, for example.) This means that you would have to replace the bulbs less frequently than other lights. They also only use a fraction of the energy and are much better for the environment.

Innovative features such as the LED shower head undoubtedly add to your home’s value as well as its market appeal. Smart features not only innovate the way basic things are done but also are eco-friendly and power-saving, making a home more interesting and valuable.

Shower heads that also features lights that can measure your temperature come from innovative companies that certainly aren’t going to stop there. In fact, you can even look into some fixtures that have additional advanced technologies such as the following.

Chromatherapy is the use of various colored lights in your shower, with the benefit of making you more relaxed and making the room seem more serene. People typically use whatever shade is most appealing to them, but warm lights and cool lights are very popular. An LED shower head would intrinsically offer chromatherapy, as you could alter the light settings or choose colored bulbs.

Some shower heads come with the added feature of aromatherapy, which is the use of scents and smells to create a relaxing or altered state of consciousness. It’s common to see people have eucalyptus or other plants in their shower to create an aromatherapeutic experience, but it’s even better to have it programmed into the shower itself. Popular scents include mint, lemon, citrus, or lavender, depending on whether you want to be energized or relaxed.

A luxury shower will also offer steam features, which likely won’t come with the shower head itself but are a great addition. A steam shower is a humidifying process where water vapor is dispersed around your body. It offers the benefits that a steam room would. Steam rooms are typically used to generate sweat, release toxins, and cleanse the body, as well as helping you to relax.

The only thing people enjoy more than being able to see well in the shower is listening to music in the shower. Gone are the days of having to prop your phone up by the sink and hope the volume is loud enough to hear or relying on a low-quality shower radio that can’t take voice commands and requires you to dry your hands every time you want to change a song. Some LED shower heads will come with Bluetooth connectivity, but if not, installing a shower speaker in which you can play songs from your phone or computer without having to touch it is the ultimate addition to any shower.

The Best LED Shower Heads You Should Buy Today 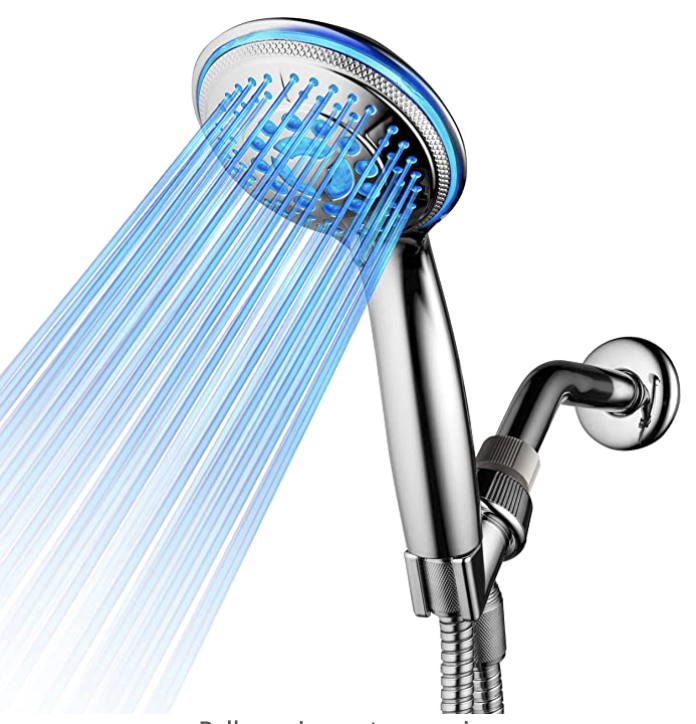 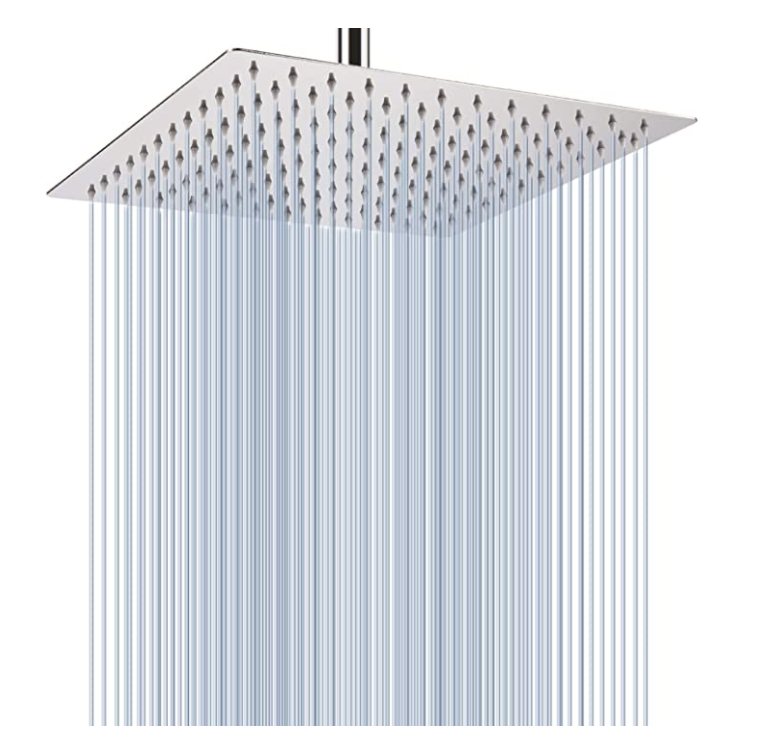 Large showerhead enough to cover your whole body. Work great even under low water pressure, The combination ofultra-thin and air-in technology leads to ultimate rainfall experience, which will save water for you.

What To Consider Before You Buy An LED Shower Head

Though it’s undoubtedly an innovative feature, there are a few issues to consider before you switch to an LED shower head.

First, bulbs do go out and can require replacement. This is not as simple as when a light in a lamp goes out and you simply have to screw a bulb back in. The difference here is that an LED shower head will involve a specific setup that will likely require you to take apart the head to replace the bulb.

In addition, whether it’s the bulbs themselves or the shower head as a whole, the entire thing will be more expensive to replace either way. Though this likely won’t be a deterrent for many, it’s important to always go into a new home repair with a clear image of what it will require years down the line.