The Spanish language is beautiful, even when you’re swearing. If you want to learn to speak Spanish, why not start with some curse words? Spanish swear words are fun to learn. Whether you want to impress your Spanish-speaking friends or become more cultured, here are some bad words in Spanish.

This swear means bastard. You can use it in the same way you would in the English language.

This swear means cock. This is one of the dirty swear words that you wouldn’t want to use in front of your grandparents.

This swear means bastard, asshat, or dick. It’s pretty versatile, so you can use it whenever you need a good Spanish insult.

This swear means asshole or jerk. When you’re frustrated with someone, you can murmur this word beneath your breath. 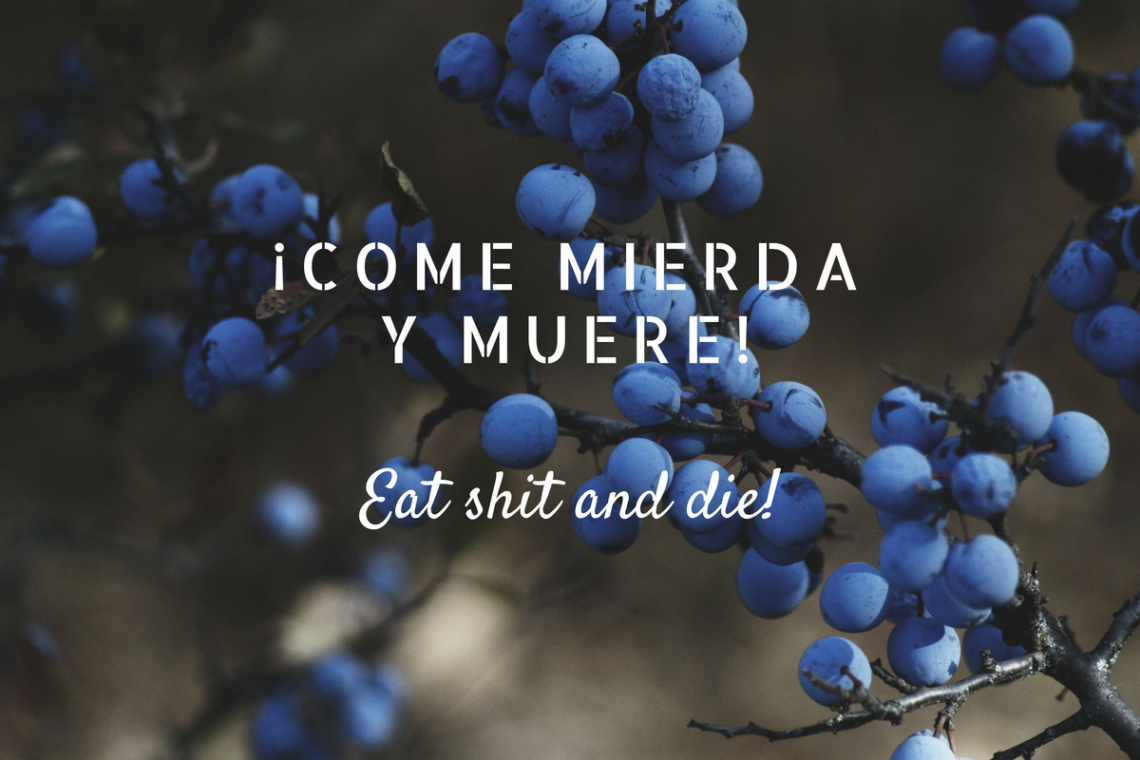 This swear means eat shit and die! It’s one of the more intense phrases you can use, so save it for when you’re really angry.

This swear means fuck or damn it. You can use this when you’ve made a mistake and are frustrated with yourself.

This swear means to fuck. It can be used in sexual contexts.

This swear means damn. It’s not that intense, but it’s definitely useful when you’re in a bad mood.

This swear means ass. It’s a great idea to know how to say this word in as many different languages as possible!

This swear means douchebag. It’s pretty easy to translate, so even people who don’t speak Spanish will probably understand what you’re trying to say.

This swear means, “Son of a bitch.” It’s easy to learn and easy to pronounce, so start practicing!

This means bloody hell or holy shit! However, it is very offensive to some religious people. You should be careful who you use it around.

This swear means, “Holy fuck.” You can use it when you’re irritated or even when you’re surprised.

This Spanish swear word means dumbass, jerk, or jackass. You probably know a few people who deserve to be called by this word.

This Spanish swear word means dickhead, jerk, or moron. It’s another one that’s pretty easy to translate, so even non-Spanish speakers will know what you mean.

This is one of the most versatile Spanish swear words. It means fuck.

This swear means bastard or shithead. It’s a little tricky to pronounce, so you might want to ask one of your Spanish-speaking friends for help. 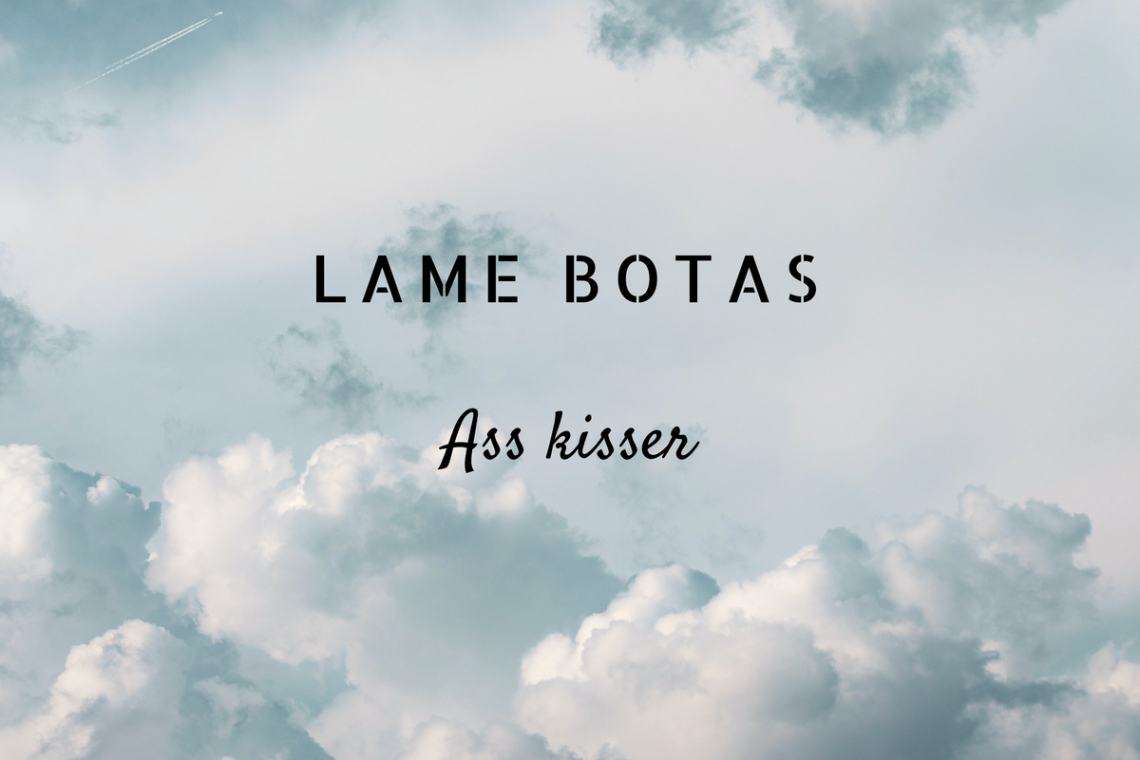 This word is used to describe an ass kisser. If someone cannot stop sucking up to a teacher or parent, then use this word to describe them.

This swear means darn. It’s pretty tame compared to the rest of the words on this list, but it’s still useful.

This swear means prick. Only use it on someone who deserves it. You don’t want to be throwing this word around at random.

This swear means sissy. You can use it to describe someone who is acting like a coward. It’s a solid Spanish insult.

This swear means pussy. Just like in English, this word is more offensive to some people than others.

This swear means, “Fucking hell!” Use it when you’re annoyed with a situation or another person. 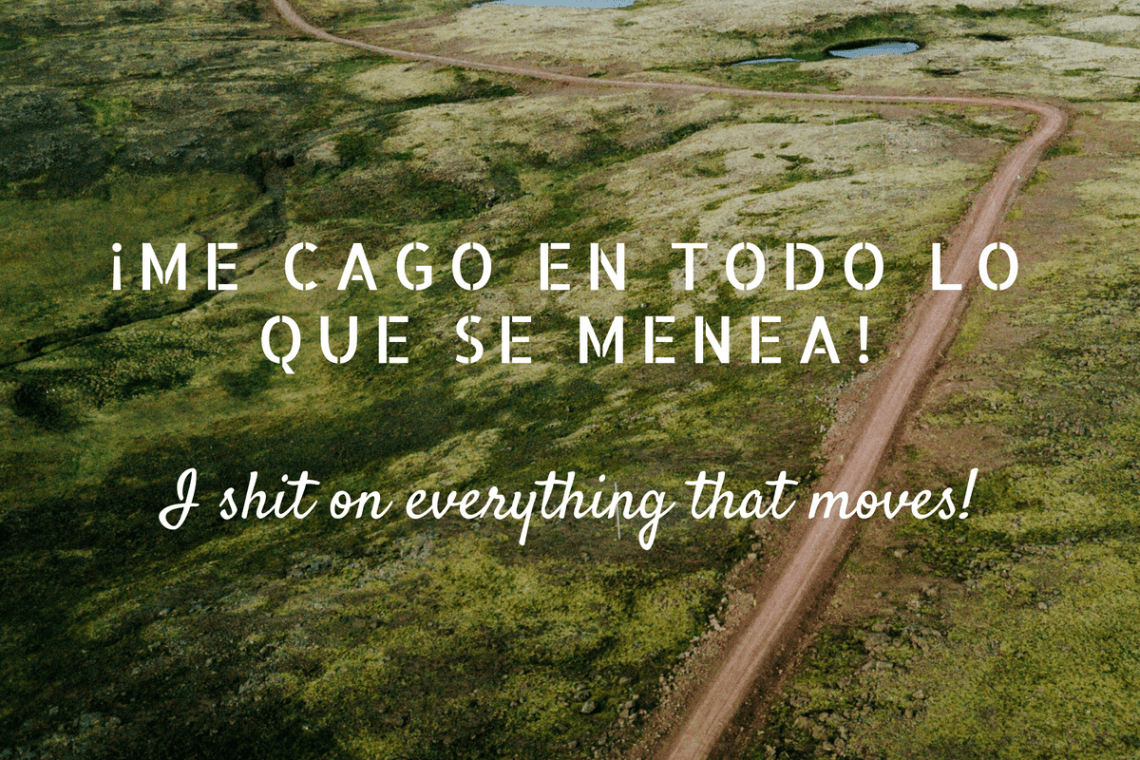 This literally means I shit on everything that moves! It might sound funny, but it’s a pretty intense phrase you definitely want to memorize.

This curse word means bullshit. It’s one of the most fun words to murmur beneath your breath when someone is bothering you. Just make sure they don’t hear you!

This means don’t be a dick! Use this when someone is messing with you. It will put them in their place and remind them you aren’t going to take their bad behavior.

This swear means, “Stop fucking around.” You can use it on your friends when you’re worried they’re going to get you in trouble. It’s a warning to shut up and get serious.

This swear means, “Don’t fuck with me!” Sometimes, your friends need this reminder. You’re not someone who is going to take insults lightly.

This is used to refer to someone who is being a jerk. It’s one of the more popular Spanish words, so this should be one of the first ones you learn.

This swear means balls or testicles. You might need to use this when talking with your guy friends!

This word means idiot. It comes from a Latin word meaning pubic hair.

This swear means hooker. It describes someone who sleeps with others in exchange for cash.

This swear means fucking. You can use it in a million different scenarios, so don’t be afraid to get creative.

This swear means fucking idiot. This shouldn’t be used on any average idiot. Use it on someone who is even dumber than you can imagine.

This swear means whore. It’s an insult you probably shouldn’t use on any female family members.

Puta madre means motherfucker. This is one of the best swear words to use in English, so you might as well learn how to say it in Spanish.

This means up yours. Use it when you’re royally pissed at someone. It will tell them exactly how angry you are. 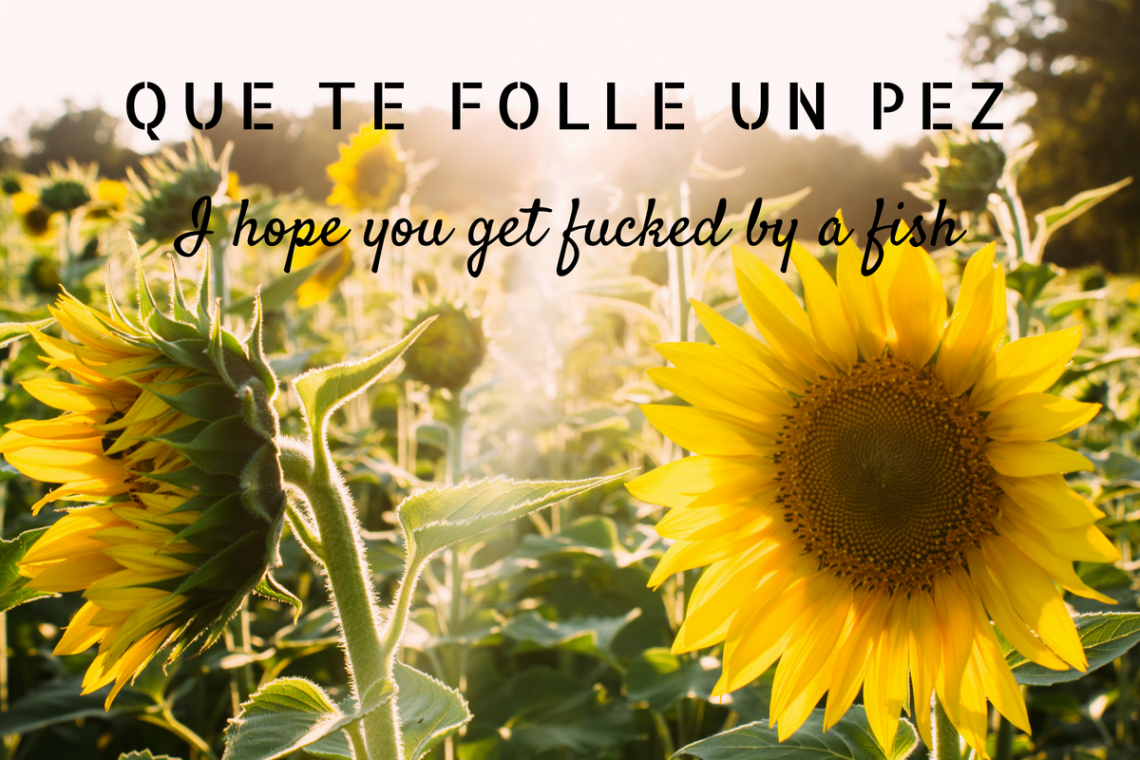 This swear means, “I hope you get fucked by a fish.” The sillier it sounds, the more insulting it is to hear.

This swear means, “Fuck yourself!” Only use this sparingly. You don’t want to insult someone with this phrase unless they really deserve it.

The literal translation is, “I shit on the mother that gave birth to you.” This one sounds rough, even in English.

This is used to refer to a moron. Use it when someone is acting stupid.

This swear means, “A fucking lot of…” You can only use it in certain contexts, but it’s still a solid phrase.

This swear means, “Go to Hell.” Use it when someone has upset you. After all, there’s nothing worse than damning them to hell.

This swear means, “Get lost! Fuck off!” Use this when you genuinely want someone to leave you alone, when you cannot stand to speak to them for another second. 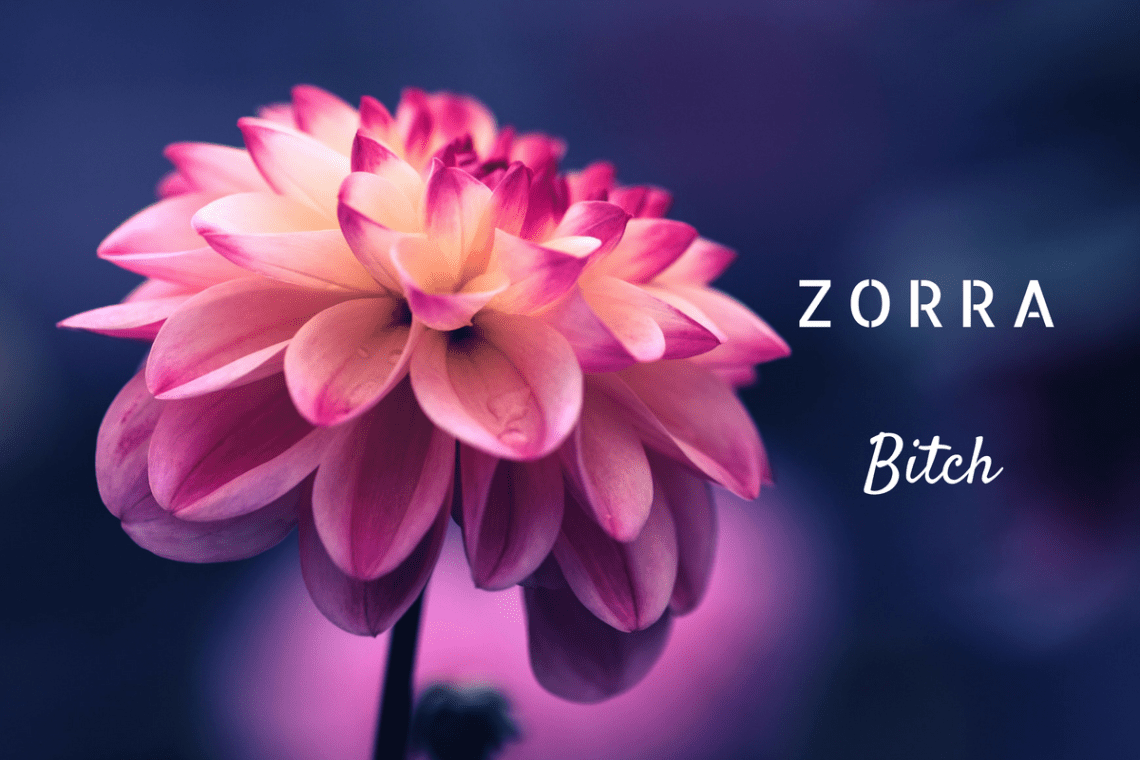 This means bitch. It’s one of the most popular swears in English, so you should learn it in other languages, too. Even if you don’t use it yourself, at least you’ll know when someone is calling you an insult.

This swear word means son of a bitch. You’ve probably used this phrase a lot in English, so why not start using it in Spanish? The next time you’re annoyed with someone, you can switch between languages as you’re insulting them.

This literally means the mother who bore you. The only thing worse than insulting the church is insulting the family members who raised you. That’s why you should be careful about using this phrase in front of certain people.

This literally translates to I shit in the milk. Although this sounds ridiculous, it’s one of the swears you’ll commonly hear in Spanish.

This literally translates to I shit on God. You might notice that a lot of these curse words incorporate God. This is because Spain is a heavily Catholic country. That’s why some of the most outrageous swears you can use involve the Catholic church.

Los cojones is a word used to describe balls or testicles. You might need to use this when you’re roughhousing with your male friends.

This curse word means motherfucker. You can say this in a dozen different ways, but this is one of the most fun phrases you can use.

This is similar to fuck it. Use it when you just don’t care anymore.

This means what an asshole! But, literally, it refers to a male goat.

This means your fucking mother. As you can tell, it’s a rude phrase that you don’t want to use unless you’re incredibly angry.

This means something similar to fuck you. Make sure you learn the correct way to pronounce this because it will come in handy in the future.

This means your mother’s sea shell. It refers to her vagina.

This means I shit on your bitch of a mother.

This is used to call someone an asshole. You probably have a lot of people in your life that deserve to be described this way.

This is a slightly milder version of I shit on God. It means I shit on ten.

More Spanish Words You Should Know:

Even though Spanish curse words are fun to learn, you aren’t going to be able to hold a conversation with them. Here are a few more words and phrases that you should learn if you’re a beginner to the language. It will help you get to know new people and learn the basics about them.

140+ Nerdy Pick Up Lines for Geeks