By January Nelson Updated November 4, 2020
The Mongolian Death Worm is even more dangerous than the name suggests.

The Mongolian Death Worm has the ability to kill up close — and from a distance. You never want to come across this creature, because the chances are slim you are going to make it out alive.

[*] The native name of The Mongolian Death Worm is Olgoi-Khorkhoi, which translates to intestine worm. This is because the worm is a blood red color and the approximate size of human intestines.

[*] The Mongolian Death Worm is a warm blooded creature in the shape of a sausage without any noticeable eyes, nose, or a mouth. It reaches somewhere between two to five feet long.

[*] The Mongolian Death Worm can kill from a distance by spewing corrosive yellow saliva and generating an electric discharge. However, the simple act of touching the worm can also lead to instant death.

[*] The Mongolian Death Worm travels underground and can be spotted by the waves of sand that appear on the surface of the desert when it passes. 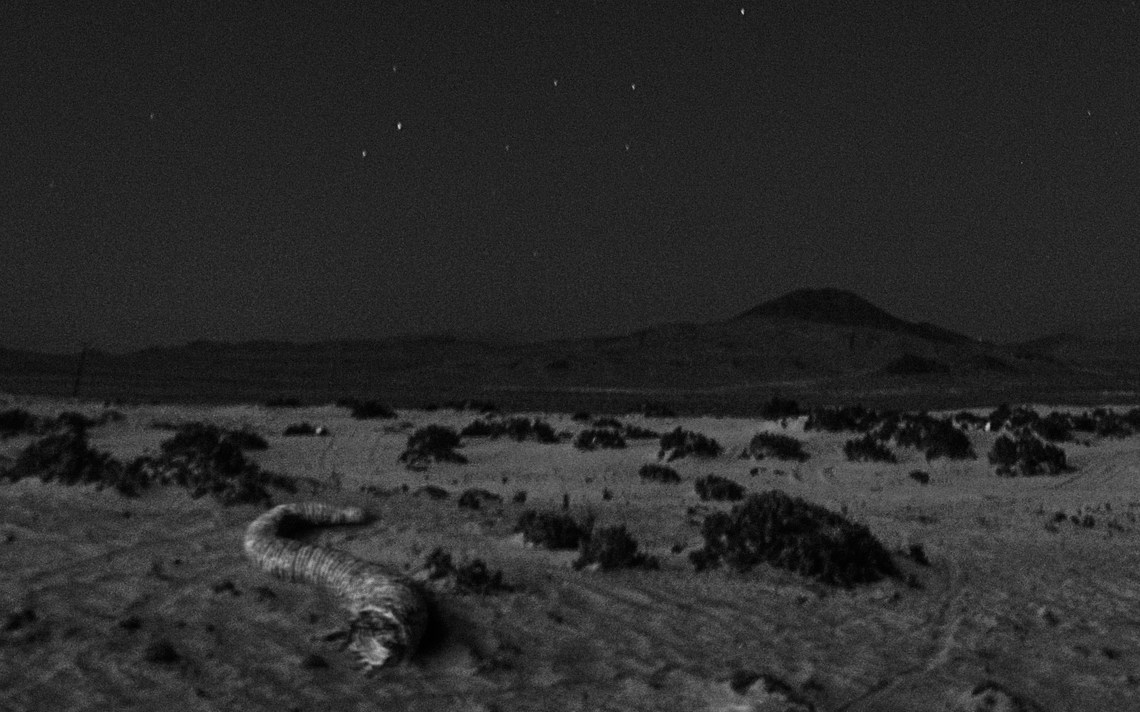 [*] The Mongolian Death Worm hibernates for ten months of the year. It only emerges during June and July, and even then, it prefers to rise to the surface when the ground is wet and rain is falling from the skies.

[*] Aside from humans, The Mongolian Death Worm preys on camels. It will leave eggs inside of the animal’s intestines, which will eventually turn the camel the same shade of red as the creature.

[*] Some people believe before The Mongolian Death Worm attacks, it will raise half of its body from the sand and inflate until it explodes, which is when lethal poison is sprayed across the victim.

[*] The Mongolian Death Worm lives in the most sandy, desolate parts of the Gobi Desert.

[*] Experts claim the desert is too hot for actual worms to survive, which leads them to believe The Mongolian Death Worm is a venomous snake or a legless, burrowing lizard.

[*] The Mongolian Death Worm’s skin is an exoskeleton which molts whenever it becomes injured.

[*] Although most people claim The Mongolian Death Worm does not have a mouth, others argue the creature does have a mouth that is able to open exceptionally wide to bear its rows of sharp, inward pointing teeth.

[*] When the worms are above ground, they are able to move around by rolling or squirming sideways.

[*] Russian scientists allegedly uncovered a dead specimen in 1972, but this specimen disappeared and is rumored to be hidden inside of the basement of a Russian museum.

[*] You can tell which side of The Mongolian Death Worm is the front, because it has a tail that is short, but not tapered at the end.

[*] Even though some people doubt the existence of The Mongolian Death Worm, many people in Mongolia do not consider it a mythical creature. They believe it is a real animal that has not been identified yet, because there are so many different stories from witnesses who swear they have seen the creature in person. These witnesses range from park rangers to police officers to a Mongolian prime minister.

100+ Fun Facts About Animals That Will Blow Your Mind