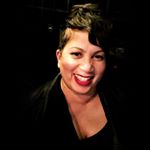 Do you believe in magic?  Does change happen overnight? I believe it can — and it does. Most of the drastic life changes I’ve made occurred because I woke up one morning and knew the time had come. And more often than not, I didn’t tell a soul about my plans along the way — and that’s ultimately how I made it work. If I’m talking about it, it may not happen. But if I don’t say a word, you will see what I’ve done when I do it.

The MAGIC is in the voilà moment, the crossover between visualization and actually setting things in motion. Its silence is golden, and in my head the wheels are turning, but no one can tell. Then, all at once, I blurt out my plan — and to everyone in earshot, it appears I’ve made an impulsive decision. They’re left wondering if I’ve thought this through, if I know whether I’m making the right move. It’s a surprise to them, but not to me. You see, I’ve been planning and visualizing and making things work right up to the word “Go!”, all the while never telling a soul.

Telling someone doesn’t always work very well anyway, especially in the beginning stages of your plan. You know, at the point where it’s fresh in your mind and you’re still mulling things over. Some people you tell will be very supportive of your dream. Some won’t want to hear about it at all. Some will pretend to be in your corner, but for whatever reason, their interest is not genuine. I believe the magic happens when you share your soul’s most precious desires with God and the Universe alone. The magic happens when you take the first steps toward making your dreams and goals materialize. Even if someone else tried to coax you to do the very same thing at least once or twice, you’re never ready until you are ready.

Most people say they only make a move when it feels right. But to step into that thing you’ve been dreaming about and really want to work will make you quite uncomfortable. As a matter of fact, if it feels too comfortable, it may not be worthwhile. The saying goes, “If your dreams don’t scare you, they aren’t big enough.”

Regardless how small or large your plans and dreams are, don’t talk about it, just do it. Making it happen is where the magic is. In silence.

Dreaming that something I say will be widely quotable