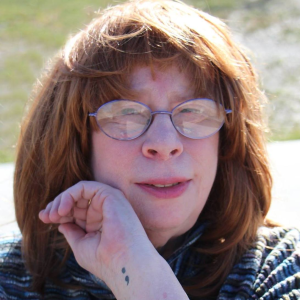 Words matter. What we call people matters. Making distinctions among words matters. Take protestors, rioters, terrorists, and thugs. What do these terms mean and what do we mean when we say them?

Lately, the words protestor, rioter, terrorist, and thug have been flung around indiscriminately and seem to mean little more than “people I object to” or “people who behave in a way I don’t like.” But there are differences, subtle as they may be.

Protesters, well, protest something. Anything, really — wearing masks, not wearing masks, any government policy you’d care to name, any social cause or its opposite. They are people saying, “No.”

Generally, you can recognize protesters by their behavior. They carry signs. They march. They chant. And yes, sometimes they act in inconvenient ways, like blocking streets or bridges. This is not new. When the price of gas grew too high and highway speed limits too low, truckers slowed down and drove side-by-side, which mightily annoyed the people behind them, but was a nonviolent protest.

Most, though not all, protesters are committed to nonviolent actions — sit-ins, street theater, boycotts, and other sorts of behavior espoused by Gandhi and Martin Luther King, Jr.

Rioters, well, riot. They smash things. Sometimes they set fires. Very occasionally they commit violence against persons. If you push protesters too far or ignore them long enough, they can turn into rioters, though the nonviolent protesters outnumber the violent ones. Rioters are usually motivated by the same kinds of issues as protesters. They just take it farther and abandon Gandhi and MLK.

Let’s talk about looters, while we’re at it. Looters are opportunists who take advantage of the social unrest caused by rioters. They have no social or political position to support or denounce. They just want to get what they can out of the social unrest that rioting and the response to rioting cause.

(It is interesting to note that, after a hurricane in Florida, newspapers printed pictures of Black people “looting” damaged stores, while White people in nearly identical pictures were said to be “salvaging” items from damaged stores. But I digress.)

Terrorists, well, create terror. They are not common criminals and have no obvious positions to support or oppose. Those come later, in a manifesto issued by individuals or groups that may or may not have committed the terrorism. At first, there were only terrorists who were assumed to come from other countries. Now we have another variety, domestic terrorists, who are from the US and operate in the US. Think Timothy McVeigh.

Generally, terrorism has no apparent motive, except to make people afraid to do the things they normally do, such as run in marathons, open mail or packages, or drop their kids off at daycare. The terror is, at first, random, and is meant to be. “What do terrorists want?” is the common puzzle. After we’ve dismissed the easy answers, like “They hate us,” the answer is usually, simply, they want us to fear them and fear living our daily lives. Often, people with no connection to a terrorist act take “credit” for them to push their own agendas. If they leave no manifesto, we readily fill in the blanks of what they were trying to “say.”

As for thugs, this is a code word for “Black people behaving badly,” based on whatever the person perceives as behaving badly. Robbing strangers, sure. But also assembling in groups or committing petty crimes or looking menacing without necessarily doing anything menacing or playing music too loud. Or, for that matter, going into spaces that White people consider “theirs,” where the thugs obviously don’t “belong” — gated communities, suburban swimming pools, public parks.

The term “thugs” is almost never applied to anyone White. White youth (usually) who cause disruptions are commonly called delinquents or disturbers of the peace. They are charged with misdemeanors or given tickets rather than brought to trial.

Of course, this is just an exercise in linguistics. I don’t really expect people to start differentiating and calling groups or individuals what they really are. But, as I said in the beginning, words matter. Especially the words we apply to other people.

Janet Coburn is an editor and writer who lives in Beavercreek, OH, with her husband and a varying number of cats. Follow Janet on Twitter or read more articles from Janet on Thought Catalog.

I Will No Longer Feel Guilty For Creating Boundaries

I Offered Him This, He Wanted Me To Be That

33 Signs Someone Has A Soft Heart And Gentle Soul

I Am Rediscovering Who I Am Without You

I Don’t Know How To Just Be Friends With You