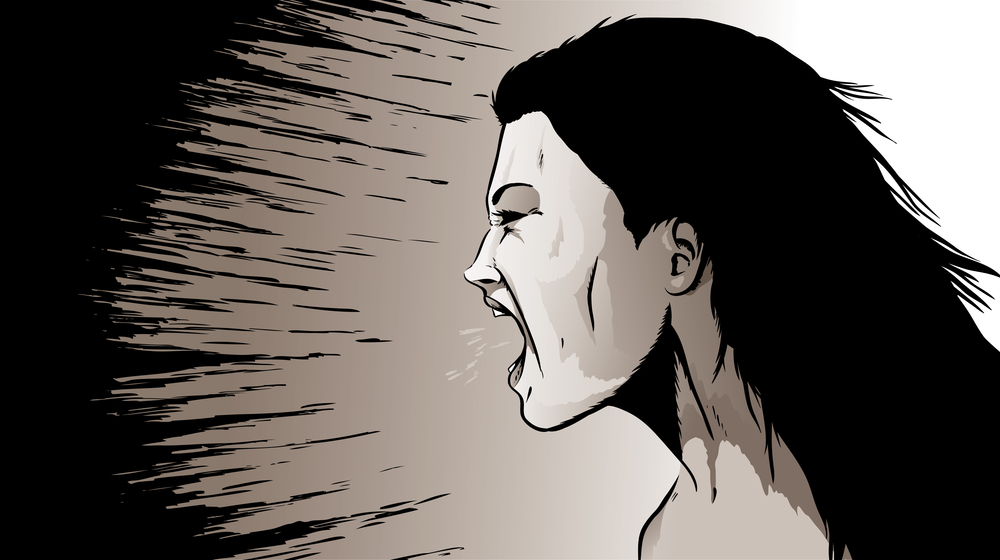 Stereotypes are one of the things we humans use to simplify our social worlds. They can be harmful when they perpetuate myths about a particular group of people, and helpful when they allow us to evaluate risks and respond to situations rapidly. In other words, stereotypes can be false, but they can also be true.

One of the biggest stereotypes about modern feminists is that they are whiny, joyless shrews obsessed with finding oppression and offence everywhere they go, ignoring all evidence that contradicts their petulant, self-inflicted misery. When it comes to feminists, this stereotype is far more true than false. Here are six examples of feminists being sulky, huffy harpies, dedicated to sucking all the light out of the world.

The top spot for 2014’s most joyless feminist goes to Jessica Valenti, whose expletive laced tirade against wrapping Christmas presents left even her own fans sputtering in disbelief. Indeed, when I tweeted Jessica’s actual words back to her, her supporters immediately accused me of fabricating the quotes to make Jessica look bad. After a mass false flagging campaign, my account was suspended, but that won’t last long. The truth will eventually come out that yes, Jessica really did call the Christmas Season a “goddamn clusterfuck.” Apparently, Jess has never heard of gift bags? It takes a special kind of perpetually injured victim to claim that embellished wrapping paper and brightly colored ribbons and bows are instruments of oppression. Something tells me the young girls and women being sold into sex slavery by ISIS might have a different point of view as to what constitutes oppression.

The second runner up is Amanda Marcotte, who bemoans the necessity of providing nutritious, delicious and cost-effective food for all the humans. She has some special hate for the small humans and the male humans. According to Amanda, men and children are “ingrates” who would rather be eating fast food anyways, so why should women even bother cooking for them? Of course this ignores all the men who cook for their families and it ignores the fact that last time I checked, women had to eat, too. Amanda has made previous claims that home-baked cookies are symbols of female oppression (you can’t make this stuff up) and it’s only fair that we give her props for being a relentlessly joyless shrew.

3. Rose Eveleth – Your Shirt Is Oppressing Me

Dr. Matt Taylor landed a rocket ship on a comet but the joyless feminist shrews of the STEM world demonstrated their enormous respect for women by declaring them so fragile, they would run screaming and crying away from exciting careers in astrophysics because Dr. Taylor wore a shirt with some cute chicks on it. A subsequent twitter war dubbed #shirtstorm broke out, in which countless joyless feminists and their supporters insisted women are so irrational, so delicate, so easily deterred and so lacking in confidence and maturity that a shirt would send them spiralling into a cycle of despair that would ultimately lead to a liberal arts degree and a meaningful career at Starbucks rather than the Large Hadron Collider. Dr. Taylor’s sartorial choices are powerful indeed. Also, can you please stop telling women what to wear?

Lending credence to the truism that nothing will ever make feminists happy, Megan took one look at Spiderwoman’s luscious ass and was immediately offended. She denounced Spiderwoman’s unrealistic body proportions as pornographic , oblivious to the fact that all superheroes tend to have unrealistic body proportions to go with their unrealistic superhero abilities. It’s what makes them fun! And the accusation that Spiderwoman was posed in a hypersexualized way that Spiderman would never be subjected to was laughably disproven with a cover of Spidey in the exact same pose. Oops. Joyless feminists sure know how to makes asses out of themselves.

5. Jessica Valenti – Buying My Own Tampons Oppresses Me

Proving that no subject is too crass to whine over, Jessica bemoans the tragedy that befalls her wallet every time Aunt Flo arrives for a visit. After wiping away her copious flow of tears, she writes “the cost of a product that half the world’s population needs multiple times a day, every month for approximately 30 years, is simply too much” and the joyless feminists of the world wept with her. Of course, half the world does not need tampons, given that half the world is not composed of menstruating women, but math is not Jessica’s strong suit. A box of extra-large tampons can be had at WalMart for $1.25, and razors are not exactly free for men, but none of that matters to professional victims who see oppression everywhere.

6. Feminist Majority – Your Opinions Oppress Me

Rounding out the joyless feminist brigade was an entire organization that lost its collective shit when Time Magazine included the word “feminist” on a list of words to ban, and it won by a landslide. Rather than use the opportunity to reflect on why people are sick and fucking tired of bitter, sullen harpies having tantrums over narratives they can’t control, feminists pissed and moaned and whined some more. Even feminists are sick of feminist bullshit. In reference to #shirtstorm, Ayan Hirsi Ali said that it was time to “reclaim feminism from idiotic women and their trivial BS.”

Sadly idiotic women and trivial bullshit are all modern, media feminists have in their arsenal. Feminists like Hirsi Ali, who are tackling real women’s issues in the Third World, have become lone voices in a wilderness filled with grown women caterwauling over tampons, papercuts, and the tyranny of home cooking.

ISIS is selling 10-year-old girls into sex slavery? Meh. Who cares? Valentine’s Day is just around the corner. Feminists are busy figuring out how romantic dinners and flowers oppress women.

I think we can trust them to come up with something.