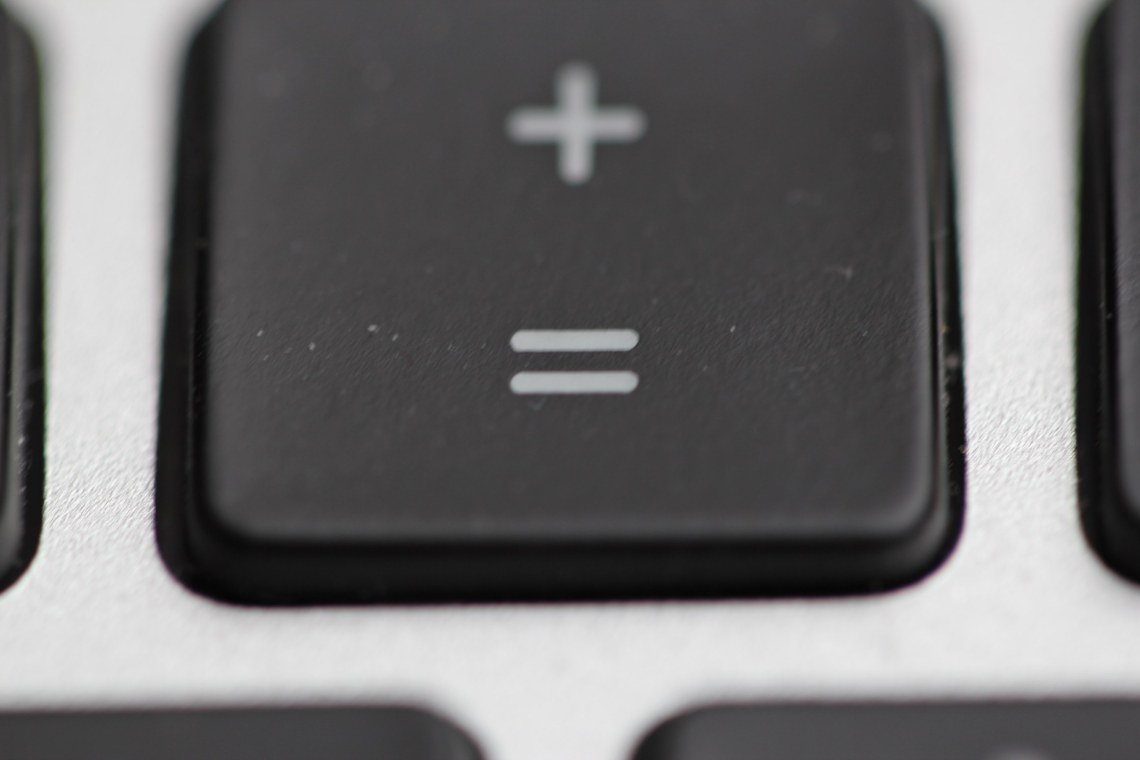 One thing everyone who comments on these articles seems to agree on is that our world is not one of equal opportunity for all. Feminists argue that women are still lacking rights (even though they’re not), and gender egalitarians like myself argue that ignoring half of humanity when discussing gender issues will never lead to any solutions. Whichever side of the debate you fall on, here are six things we could do right now to create a more fair and just world for everyone.

This seems like a no-brainer Gloria Steinem once famously said that “women will never be equal outside the home until men are equal inside it,” and this makes sense to me. It used to make sense to feminists, once upon a time, too. Now? Not so much.

The primary opposition to the legal presumption of shared parenting comes from the nation’s largest feminist organization, the National Organization for Women (NOW). According to NOW, the only reason fathers wish to maintain meaningful relationships with their children after divorce is because they are too cheap to pay child support. If fathers are equally responsible for children following a marriage or relationship breakdown, and spend an equal amount of time and money on those children to maintain a home the children live in, it stands to reason that child support would indeed be reduced, and children would have an equal amount of time with both parents. NOW completely discredits the value of children having ongoing relationships with both their parents and zeroes in on what matters most to feminists: it’s not the well-being of children but rather the woman’s access to the man’s resources even when the relationship is over.

Feminists literally oppose equality because they want the money. How very noble.

In 2000, the United Nations created their Millennium Development Goals with the stated purpose of improving the lives of poor people around the world. Without exception, however, all of the goals focused on the health and well-being of women, despite the fact that women outlive men in virtually every country on Earth. Sarah Hawkes from the University of London’s Global Institute of Health noted, “If you look at the top 10 health problems around the world, they are much more common in men. But the current focus is predominantly on women’s health.” In the US, mortality rates for prostate and breast cancer are approximately equal, yet breast cancer gets nearly twice the funding that prostate cancer does. There are even examples of men being denied breast cancer treatment because they are not women, which is patently absurd.

The reality is that healthcare funding dollars are finite, and an equitable distribution of resources means that some money will have to come out of breast cancer research and be redistributed to prostate cancer research for gender equality to be achieved. And how do feminists respond? The Feminist Majority Foundation exhorts women to “work together to secure our fair share of research dollars,” apparently oblivious to the fact that breast cancer is already funded at double the rate of prostate cancer. Once again, feminists are not interested in equality or fairness or the health of men. They are interested in money, and double the funds still isn’t fair.

3. Equal responsibility under the law

One of the most important ways we can achieve gender equality is to treat men and women equally under the law. This means that women must either be stripped of the legal rights they currently have that men do not or men should be awarded the same rights as women. Selective service laws must either be expanded to include women or repealed. Reproductive rights as detailed by the United Nations must be extended to men, which includes the right to be free from coerced parenthood. Infant boys must be protected from genital mutilation just as infant girls are. These changes are not only powerfully symbolic and a testament to our social commitment to equality, but some will also have an immediate and profound impact on the well-being of men and children.

Reproductive justice, for example, would afford men the same legal standard that women enjoy: consent to sex is not consent to parenthood, and the vast majority of children would thus be born to two people who genuinely want to care for them and provide them with love and stability. Freeing men from coerced parenthood allows them to plan their lives with all the freedom women have to plan theirs vis-à-vis family. Who are the main opponents of reproductive rights for men? Once again, we see feminists from Amanda Marcotte to Jezebel writer Meher Ahmad sneering at equality under the law, and they both give the same reason: men are simply trying to avoid giving women money.

Boys are struggling in school. There is no denying that fact, and there are a lot of theories as to why that might be happening. Some researchers think it’s due to an epidemic of pharmaceuticals being used to alter boys’ brain chemistry in ways we do not fully understand. Others think that female teachers consciously and unconsciously evaluate boys more harshly than they evaluate girls. Still others think that the breakdown of traditional families is to blame. What we do know is that boys do remarkably well when they are exposed to male teachers during their primary years. One immediate and profound change we could make is to mandate that half of all primary school teacher placements are reserved for men. Just as feminists argue for quotas in boardrooms, so too should they argue for quotas in the classroom, but they don’t. Instead, they are hounding male teachers out of the primary classroom by supporting an environment that questions whether male teachers are secretly just pedophiles preying on students. Which conveniently means that most primary school teachers collecting salaries and benefits are women, and the situation is not likely to change without legally enforcing gender equality in the classroom. No matter what the benefits to students, feminist researchers are intent on keeping the money in women’s pockets.

When Barack Obama unveiled his plan to revitalize the American economy by pouring money into vital infrastructure programs, he was immediately met with outcry from feminist organizations that felt the stimulus program was unfair because it went into male-dominated industries. This is 100% true. Pretty much the entire infrastructure of the US is designed, manufactured, installed, built, maintained and repaired by men. Water treatment and sewage, the communications network and the power grid, waste management and recycling, natural resources extraction and processing, transportation including rail and air networks, security and agricultural production are provided, in some cases exclusively, by men.

There is no way to reinvest in infrastructure without most of that investment going to a male workforce. However, let’s keep in mind that housing, electricity, clean water and toilets that flush are kind of important, as are solid bridges, functioning roadways, airports and railways and high-speed communications and information technologies and networks. Rather than set up a hue and cry that women be included in these jobs, many of which are physically demanding, dirty, tough and require advanced quantitative skills, feminist organizations insisted that the paperwork-shuffling jobs most women do be given funding instead.

Our roadways are crumbling and bridges are collapsing because feminists oppose supporting the infrastructure. It’s beyond pathetic that the president would cave to such an absurd, and downright dangerous, demand, but cave he did, and once again, rather than consider the best interests of the nation, feminists pocketed the money and went on their merry way.

6. Equal anonymity under the law

Another incredibly simple piece of legislation we could pass immediately is to guarantee anonymity to any person accused of a sex crime, just as we legally guarantee the anonymity of the accuser. One of the most ridiculous claims of feminism is that we live in a “rape culture,” where rape is tacitly accepted and excused. But if this were in any way even remotely true, we would not see people’s lives and careers being ruined over a simple allegation of sexual misconduct. People would shrug their shoulders over the accusations being levelled at Bill Cosby and say, “Oh well,” and that is most definitely not what is happening. Cosby stands to lose a significant amount of money, and certainly his trustworthiness and credibility have been utterly destroyed not by convictions of assault but by allegations. Is he guilty? I don’t know and neither does anybody else, but he has been convicted in the court of public opinion and that undermines our very concept of justice, which rests on the simple principle of innocent until proven guilty.

Because we most certainly do not live in a rape culture, the accused deserves the same anonymity as the accuser. Naturally, feminists oppose anonymity for those accused of rape, citing multiple offenders—if names are out in the public, then other victims can come forward. They don’t seem very interested in the fact that in the Bill Cosby case, the statute of limitations has run out, the women will never have to face a criminal court and prove their allegations, but they are allowed to sue in a civil court. How long will it take for that to happen? Some women have already sued and settled out of court. For cash. Is it really so hard to believe that feminists are once again opposing equality when it means women stand to cash in?

Many people will accuse me of unfairness in painting institutional feminism as an industry essentially interested in keeping the money flowing, but the key word is “institutional.” Virtually every real-life person I have met who identifies as a feminist supports true equality, and most are completely appalled at feminists working to defeat initiatives like shared parenting. But institutional feminism is the feminism that wields power. Where does that power come from?

Feminism is not an ideology dedicated to gender equality. It’s a business. A business selling a shoddy product that does not deliver what the brand promises.

And it’s time for a consumer revolt.

17 Things I Should Have Never Apologized To Men For

We Need To Stop Saying All Men Are Bad (Like, Right Now)