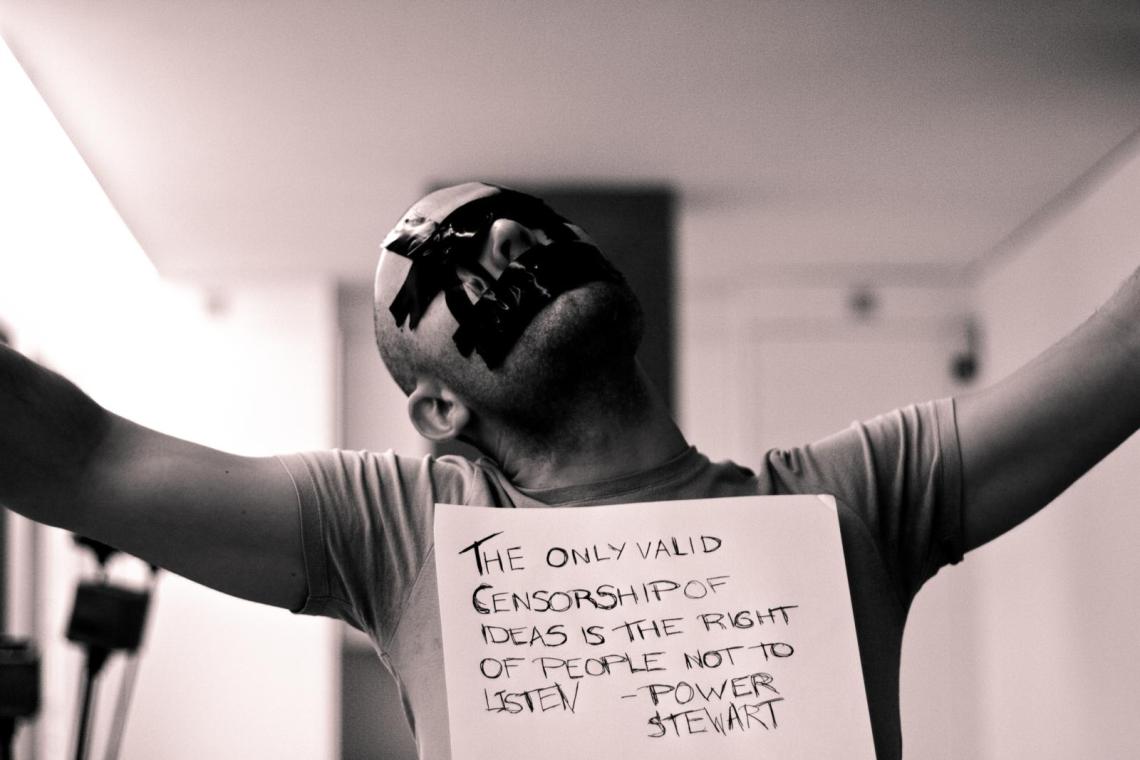 On December 1, in Elonis v. U.S., the Supreme Court considered arguments that threats issued over social media platforms are a form of speech protected under the First Amendment. Anthony Elonis sent graphically violent messages to his ex-wife, which he claims are no different than Eminem singing about killing his ex-wife. The court has not returned with a decision yet, but I mention the case because it is clear that social media platforms are being used to harass and frighten some people. The media will often frame these issues as men harassing women when, in fact, men are harassed more often than women online.

Women, Action, and the Media (WAM!) teamed up with Twitter to address the issue of harassment across that social platform, with some interesting results. The International Game Developers Association compiled a list of 10,000 accounts that they claim are abusive, including their own staff, a UK Twitter account for Penguin books, actor Taye Diggs and KFC! Today I would like to show you how feminist media censors are not addressing the very real harassment and abuse that occurs on social media but rather are using their newly found powers to censor voices they do not agree with. Here are five examples of feminists removing voices they do not want to be heard.

Dean Esmay is an activist, father, fan of Dr. Who and writer with an interest in issues that affect boys and men. He was invited by Huffington Post UK to become a weekly contributor, and he wrote very well-received posts on the impact of sexual assault when it happens to boys and men and on domestic violence as an issue that affects an entire family, not just women. Esmay is also the managing editor at A Voice for Men, the largest, most influential website in the men’s human rights movement, and as such is regularly denounced as a misogynist and sexist. When Soraya Chemaly, a feminist writer, discovered that Esmay was writing about gender issues from a non-feminist perspective, she tweeted that it was a mistake—and one that would be corrected. Within hours of that tweet, Esmay’s writing disappeared from Huffington Post UK.

Chris Good is a musician, father and writer who “has recently become known for his views on gender equality and the position of feminism today. He hopes his writing will prompt civil discussion of the issues and serve more to mediate between the two sides of the arguments presented.” Good wrote some thought-provoking and well-received articles that were also published on Huffington Post UK, but the day after Esmay’s writing was removed, Good’s articles were also removed for including the clearly offensive statement “I am an advocate for women’s rights. I have daughters and hate the thought of them facing discrimination, harassment, catcalling…or whatever else. I want to help create a society where they can safely prosper and choose whether they work or keep house, or both. But I have a son too, and I reflect on the discrimination I, and others, face because we are male. I do not want him to experience that which I have seen and felt.” These are the words that Huffington Post UK has now deemed unfit to publish, apparently at the prompting of feminists.

Milo Yiannopoulos is an associate editor at Breitbart London and “one of the best-known technology and media commentators in Europe.” Yiannopoulos is also critical of feminism, liberalism and pretty much all nannying-isms out there. He tweets as @Nero and contributed frequently to the hashtag #GamerGate, and while he demonstrates little patience for fools, Yiannopoulos never tweeted anything that was even vaguely threatening, abusive or harassing. Nevertheless, his account was suspended by Twitter for the crime of disagreeing with feminists and other social justice warriors. The feminists bit off more than they could chew, of course, and @Nero was unsuspended. It’s very difficult to silence one of the most well-known media commentators in Europe, but let’s keep in mind that feminists tried. If given enough power, they will silence all dissenters. That should give us pause for thought.

Dr. Philip Mason is a British scientist and atheist vlogger best known for his YouTube channel Thunderf00t. Mason produces snark-filled, sarcastic commentary that eviscerates his targets, but again, in no way is any of his commentary abusive, harassing or threatening. Mason takes apart people and ideas and demonstrates why they are dumb. Having your ideas stripped down to bare bones and your intelligence questioned and mocked is an unpleasant experience, no doubt, but Jon Stewart, Stephen Colbert and any other number of media personalities would surely agree it’s not abusive. Mason, however, made the mistake of questioning gamer critic Anita Sarkeesian, including hilariously mocking her master’s thesis, in which the only piece of data she collected disproved her entire argument, but she appears to have not noticed. Mason was suspended on Twitter as well, apparently for linking to the Sarkeesian YouTube videos. Once again, feminist critics bit off more than they could chew and after a two-month absence @thunderf00t was restored. Given enough influence though, feminist media censors would silence this voice.

Another prominent voice in the atheist/skeptic community is a vlogger who goes by the name Mykeru. Mykeru is also a critic of modern feminism and committed egalitarian. He specializes in showing feminists and social justice warriors the logical fallacies they engage when defending their arguments, and he does so in a way that is cutting and often mocking. Again, this does not constitute harassment, abuse or threat, and yet his Twitter account @Mykeru was also suspended. Several Twitter activists started #OpSkyNet to demand that Twitter unsuspend his account, and they were ultimately successful. #OpSkyNet continues to work to have other accounts that were merely engaging in criticism restored.

These five examples are evidence that when feminists are given power to address the very real issue of genuine harassment, stalking and graphically violent threats, they use that power to silence critics, reframing that criticism as abuse. The Supreme Court will ultimately determine what does and does not constitute free speech, but it is very clear that if feminists were in charge, the First Amendment would be stripped immediately. @constitution would be flagged as abuse and suspended.

Is that really the world we want to live in?

Gamers Are Not #GamerGate, And It’s Time We Made That Clear