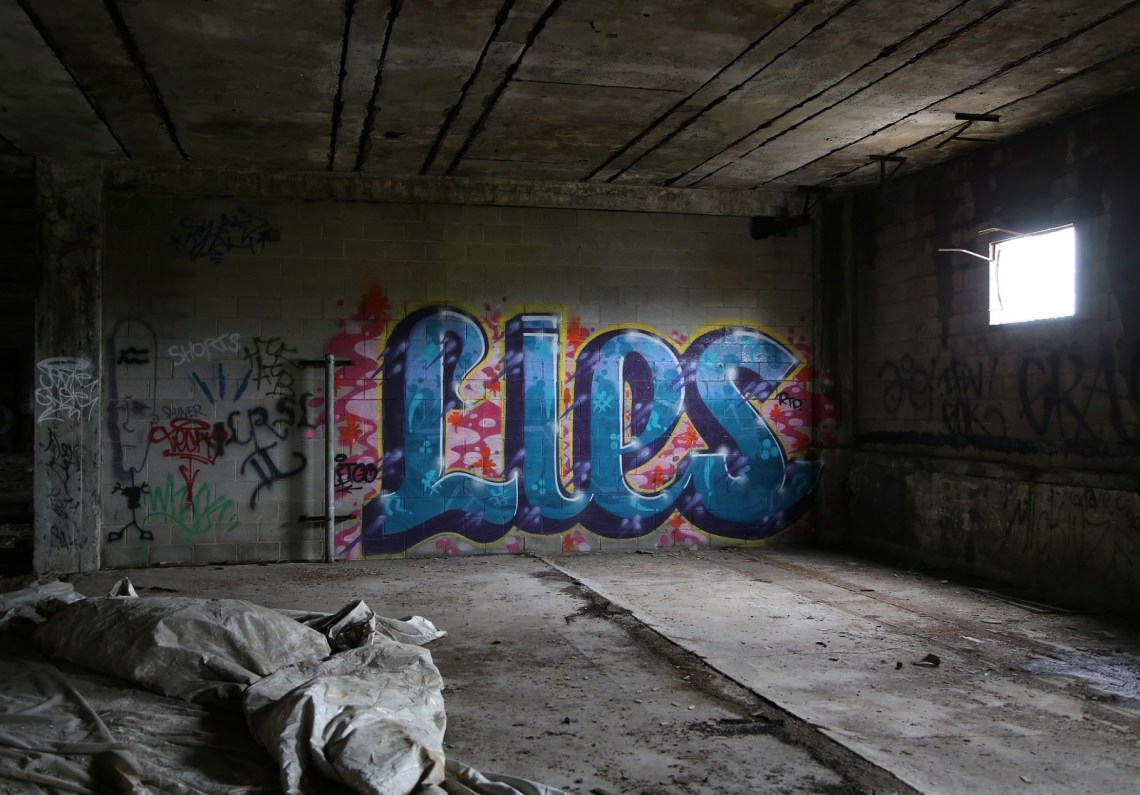 Two sensational rape stories in the media have brought to light the question of false allegations, prompting many to wonder just why a woman would lie about rape. In her memoir, Lena Dunham claims that she was raped by Barry, a flamboyant, well-known campus Republican, but her story does not hold up under scrutiny. Jackie, the woman at the center of the Rolling Stone profile on Greek culture at the University of Virginia, claims to have been gang-raped, but the discrepancies in her account resulted in the magazine backing away from the story and questioning Jackie’s credibility. We do not know if either of these women has made false allegations, but false allegations of rape can and do happen. Here are 13 reasons women lie about rape.

1. Women lie about rape to cover up their infidelity

One night, Nicola Osborne got a bit drunk and ended up in bed with a man and they enjoyed “extensive sexual activity.” The episode was entirely consensual and the two swapped phone numbers after they were through. On the way home, it occurred to Osborne that her husband might not think very highly of her “activities” and she became flustered and visibly upset. When passers-by came to her aid, she told them that she had been forcibly abducted and raped by a stranger, sparking a massive police response to find the rapist. A subsequent DNA test led police to the man whom she had slept with and he was arrested and held for 12 hours. Once the truth came out that the encounter has been consensual, Osborne was charged with filing a false report and sentenced to 18 months in prison. Women lie about rape to cover up their infidelity.

3. Women lie about rape because they are mentally ill

Rosanne England scratched her face, tore her clothing and concocted a story about a man asking to use her telephone and then violently raping her. She gave police a detailed description that happened to match a 59-year-old father of two teenaged daughters who had no alibi as he had been walking his dog in the woods when the rape allegedly occurred. The man was arrested and held for 28 hours until DNA tests finally cleared him. He continues to face suspicion from his neighbors about his guilt. England gave no justification for the accusation other than she suffers from “mental illness.” Women lie about rape because they are mentally ill.

4. Women lie about rape because they feel guilty

5. Women lie about rape if the sex is bad

Lynette Lee arranged to meet a man whom she had contacted through a dating site. They went on a date, which ended with consensual sex in a motel room. Lee then reported the man for forcible rape. He was interviewed by police, who then re-interviewed Lee, who confessed to lying about the rape because “she did not enjoy the sex” and “it was bad.” Women lie about rape if the sex is bad.

6. Women lie about rape when they fail school exams

Rhiannon Brooker knew her party lifestyle was catching up with her when the law student failed her bar exams. She told her exam committee that her performance was affected by “extenuating circumstances” and had her boyfriend charged with multiple counts of rape and assault, including punching her so hard in the stomach that she miscarried. She faked her own injuries to support the charges. The accused spent 36 days in jail before police confirmed that he was at work and had alibis for each of the alleged rapes. Brooker was sentenced to three and a half years for false allegations. Women lie about rape when they fail school exams.

7. Women lie about rape because of psychiatric medication complications

Katherine Bennett had consensual sex with a national guardsman but then reported to police that he had abducted her from a parking lot, taken her to his house and drugged her and raped her at knifepoint before she was able to escape. The police were able to establish that the story had been fabricated but not before the guardsman lost his job and had his reputation seriously damaged. Bennett’s attorney said that Bennett suffers from depression and obsessive-compulsive disorder and “although her condition and complications from medication were not an excuse for the false report, they were contributing factors.” Women lie about rape because of psychiatric medication complications.

8. Women lie about rape when they want attention

Gemma Gregory, desperate for attention from police officers, filed eight false rape charges, accusing seven different men over a period of six years. Former boyfriends were subjected to DNA tests and interviews and huge amounts of police time were wasted so that Gregory could have the attention she craved. After recording hundreds of calls with Gregory, the police arrested and charged her with false allegation offenses. Women lie about rape when they want attention.

9. Women lie about rape to get sympathy

Linsey Attridge was having some relationship problems with her boyfriend and needed to win some sympathy from him. She trolled Facebook and found a picture of a 26-year-old man and his 14-year-old brother whom she had never met and reported them both for a violent rape. To make her story more credible, she punched herself in the face, ripped her clothing and told police that the two men had broken into her house while her boyfriend was away and subjected her to a brutal attack. Both were arrested and had their lives turned upside down as word of the charges spread throughout the community. Attridge eventually admitted to making the whole thing up and was sentenced to 200 hours of community service. She has never apologized. Her boyfriend dumped her. Women lie about rape to get sympathy.

Hannah Bryon was mad at her boyfriend for breaking up with her. Wanting some attention from him and to make him jealous, she told him that a man whom she had been flirting with attacked her on a bridge, raped her and then threw money at her to get a taxi. The man whom she identified as her rapist was arrested and put through a stressful examination and questioning but was able to provide police with evidence that he had not attacked Bryon. Bryon was given a suspended sentence and 150 hours of community service. Women lie about rape to make boyfriends jealous.

11. Women lie about rape for revenge

When Cori Lynn Osiecki’s boyfriend broke up with her and started “spreading rumors,” she decided to exact revenge on him by filing a rape charge. She was taken by ambulance to the hospital, where a rape kit was collected and an investigation was started. Eventually Osiecki admitted that she had lied about the assault because she “wanted to get back at him.” Women lie about rape for revenge.

12. Women lie about rape when their friends get mad at them

Biurny Peguero was extremely drunk, out at a bar with friends, and impetuously accepted a ride in a van with three men. When she realized where she was, she became frightened and hysterical. The men took her back to the bar, and that’s when the trouble started. The friends she had left behind were angry with her and a brawl broke out among the women, who punched and bit one another. When a friend demanded to know if the men had raped Peguero, she said that they had. The bruises she had sustained in the fight with her friends were accepted as evidence of rape, and one man spent four years in jail on the charge. Women lie about rape when their friends get mad at them.

Shockingly, this is not even a complete list of the reasons women lie about rape, but if anything is clear, it is that women do lie.