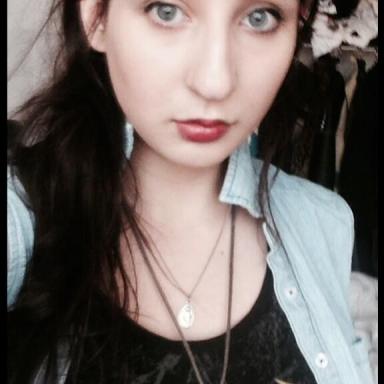 By Jane Anselmo Updated June 6, 2022
Sergey Furtaev | Shutterstock
Some ground rules to keep in mind if you ever want to be taken seriously in the gaming community.

There is currently a mindset in gaming journalism that male gamers need to be sensitive to female gamers’ needs. Female gamers are portrayed as the victims of a misogynist community, and the responsibility is placed on men to change that. I understand gender relations aren’t great within the gaming community, but I also understand that women are adults who are capable of taking steps toward having a positive role in gaming themselves.

David Auerbach wrote a piece for Slate entitled “Letter to a Young Male Gamer.” It was about how male gamers should be more aware of the plight of women in games after the Zoe Quinn scandal. As a girl who plays video games, here’s my advice on how to survive this supposed pit of misogyny.

Not everyone has to know you’re female.

And that doesn’t mean you have to say you’re male—just stop shoving your vagina in dudes’ faces. It seems like every female with a gamertag has have “girl” “lady” or “miss” in their name because God forbid someone think of them as something other than a female. So you are a girl who plays games. Congratulations, you special snowflake, you’re one in a million.

When a group is a minority, they tend to be overly intrusive or vocal to try to be accepted by everyone else. This may serve some purpose at first, but in the long run, it is detrimental. Look at the gay community. The overall sentiment in America seems to be, “I’m fine if you’re gay; I just don’t want you prancing down the street covered in multi-colored dildos yelling ACCEPT ME, YOU BIGOT.” If you want to be accepted by the larger group, you will eventually have to assimilate. The whole “im a gamer guurrl” trend tends toward self-segregation rather than assimilation.

Online everybody is fairly anonymous, so the insulter will use any apparent qualities you show as an insult against you. If you’re a woman you’ll be called a cunt, if you sound young or effeminate you’ll be called a fag, and if you sound like a stereotypical gamer you’ll probably be called a fat virgin basement dweller. Because girls usually grow up more sheltered than boys, we tend to be more sensitive to such insults.

There was a time in my life where I was the target of a lot of online abuse by men. This destroyed me for months, but I eventually got used to it, and now none of it fazes me at all. If this happens to you, either leave that community or get used to it, but do not try to change it. Think of desensitization as a rite of passage—once you overcome it, you feel like you’ve earned being part of the group.

It’s really easy to be a woman who’s not hated within the gaming community.

If you are a woman who has something to offer the gaming community, do so with respect and you will be fine. Don’t let the professional victims who characterize all gamers as violent, woman-hating terrorists scare you away.

I realize a lot of you girls reading this may be the social-justice type, so I’ll try to explain my point using something you understand—cultural appropriation.

Think of things this way: Game culture began among the losers who used games to escape their harsh reality. Most early gamers were bullied into—and then because of—this hobby and were laughed off by girls for being nerds. Despite the negative stigma attached to gaming, many kept playing and became extremely passionate and dedicated to the hobby. Then games were eventually developed that appealed to the brain-dead cheerleader and they suddenly became cool. Girls started wearing fake glasses and writing about how “n3rdy lol xd” they were for playing Farmville on Facebook.

Because of this sudden influx of infiltrators/colonizers, the gaming community became a target of the social-justice warriors. Suddenly, the games themselves were deemed sexist, and that needed to change. Many gamers fought back against this change, but by that time, the social-justice crowd dominated most mainstream facets of the gaming industry, and the resistance was disregarded as a bunch of fat male losers who needed to shut up, check their privilege, and accept that the culture they created is standing in the way of progress.

That seems to fit the textbook definition of cultural appropriation according to the social-justice crowd.

Read this: 5 Things I Learned From Sleeping Around This Summer
Read this: Paranoid Moments That Basic Bitches Have Before Lunch
Read this: 8 Types of Coffee Shop Regulars
Read this: 6 Things I Dislike About Modern Feminism