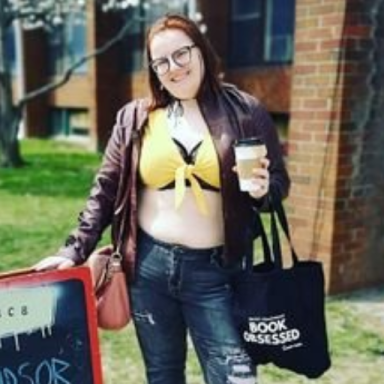 We have the power to decide who deserves our words and how we express ourselves. Too many times I never said what I wanted to, when I need to, to you. That’s the first, and biggest, mistake I made in our relationship.

But I made others and now I’m not sure I’ll ever have a chance to correct them or truly apologize to you for the hurt I caused. Sometimes people don’t understand that they can be the toxic one in a relationship and I played that role a few times.

Too often I worry that I ruin relationships before they start because it is easier than admitting I could genuinely care about someone. I know that’s what happened here because I made sure it did. It was easier for me to pretend that I didn’t care than risk my heart for you.

But I have other things I did and words I said that I wish I could take back now. Or at least should have apologized for at the time. Because I know I intentionally hurt you and that’s the worst thing anyone could do.

You don’t get all my apologies today but here are some that I owe you.

I should have said sorry for making you feel as though you were never good enough.

I should have told you I was wrong when I would do things I knew would hurt you to spite you – and I know I’m wrong to do these things to this day.

I should have apologized sooner when I knew I fucked up instead of waiting because I knew it would be hard to admit I was wrong.

I should have said sorry when I hung up the phone that first time after you told me you didn’t appreciate it.

I should have told you I was wrong when I blamed you for how I was feeling.

I should have apologized every time I left you on read because it was an easier, passive-aggressive way to show you I was angry than actually talk it out.

I should have said sorry every time I didn’t pick up the phone when I knew you were calling because I couldn’t handle hearing you talk about someone else.

I should have told you I was wrong for the way things ended between us.

I know in my heart that I have things that went unspoken and I’m sure you do too but it doesn’t matter anymore. Neither of us are making the conscious effort to do something about it – and that says more than our words ever could.

Jamie is a book connoisseur and believer in magic. Follow Jamie on Instagram or read more articles from Jamie on Thought Catalog.

To My Almost Love, Did You Ever Even Care?

What Failed Relationships Have Taught Me: Self-Care, Self-Worth, And Self-Value

A Letter To The One Who Cheated On Me

31 Men Reveal The One Unforgettable Phrase That Their Ex Said

I’m Over Waiting For An Apology