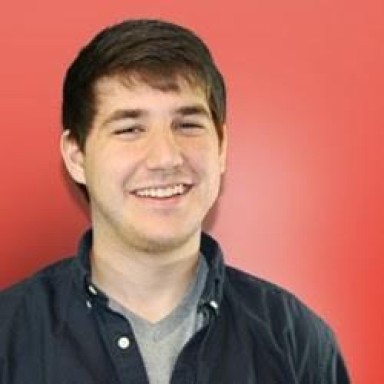 These days, everyone makes a bucket list for everything (thanks, Jack Nicholson). So we figured it was appropriate to list the best locales in America for lighting up. Do your best to smoke weed in each of the following American cities before you kick the bucket. (Note: Every single other place that’s not included on this list probably qualifies, too.)

Now that the recreational use of marijuana is legal in Colorado, you should probably head to the Mile High City and get, well, super high. There’s something to be said about walking into a store, taking crumpled up bills out of your wallet and handing them over to the nice lady behind the counter in exchange for a fat sack of heady nuggets. If you’re planning to visit Denver in the near future, check out this great pot-friendly guide to the city.

Even if you can’t make it to Golden Gate Park on 4/20, you should still channel the hippies of yore, post up on Hippie Hill in San Francisco and spark one. Remember, San Francisco was home to a lot of the counterculture of the 1960s and 70s (think the Grateful Dead, Haight-Ashbury, among others). You’ll probably feel right at home. And who knows, maybe some strangers will partake in the sacrament with you, and you’ll make some new, life-long friends.

In 2014, medical marijuana was legalized in New York State. While the herb isn’t yet fully legalized in the City, Mayor Bill de Blasio and Police Commissioner Bill Bratton recently announced folks caught with less than 25 grams of weed will likely receive only a ticket. Anyway, there’s something to be said about walking around New York City baked out of your skull. Check out this list to find some great spots in the City to light one up.

Hop in a car and head a few hours upstate from the city and you’ll arrive at Bethel Woods, a concert venue located in Sullivan County on the same grounds as the infamous 1969 Woodstock festival. The summer is as good a time as any to find a band you want to see, soak in a great venue and spark a joint.

Ever heard of the Emerald Triangle? Well, it’s an area of Northern California consisting of three counties: Mendocino, Humboldt and Trinity. Believe it or not, the country’s best cannabis is grown in this secluded area of the Golden State.

How about some honorable mentions? You might want to try to smoke on Camelback Mountain in Arizona, simply for the sheer beauty and seclusion of it.

Then there’s also places like Seattle where it’s legalized. And places like Hawaii that are super laid back. How does a spliff on the beach sound?

When making your weed bucket list, beware of state law – in fact, beware of all laws, too. The above list is by no means all-inclusive. Where’s your favorite place to smoke weed in the United States?

James works for RBA Windows in Central PA but in his free time he enjoys blogging about tech and business on Infobros.

A List Of Bad Reasons To Go To Grad School

5 Simple, Everyday Rituals That Will Help Your Relationship Thrive