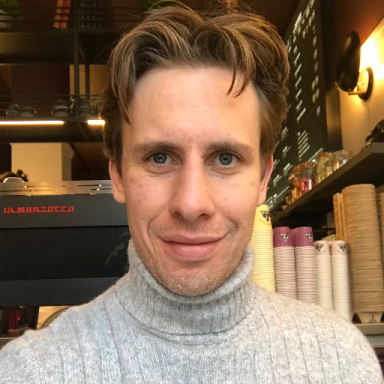 1. Subjectivity Is A Serious Subject

Einstein: He wasn’t wrong about time. If every moment felt as long as the one that sheeny white earpiece began doing slow-motion somersaults through the air on the one-stop service to Headphone Heaven, then I’d be messing with time more than Benjamin Button. But beyond just time tripping, this reminded me quite how subjective our experience of absolutely everything is. That we’re not seeing things as they are but as we are and how much proactive practice objective observation requires.

If you could overdose on feelings, that lurching feeling in my stomach as the pod dropped could well have had me flat out. People would pay top dollar for a drug that powerful, but we constantly get such feelings for free. It’s just typically they’re taking us over rather than us taking stock of them. The moment we start observing them, they take on an experiential magnificence.

3. Swearing Can Be Spiritual

There’s nothing like a good “fuck.” Even just a voiced one. The part of our mind that picks and chooses which experiences in our lives can be spiritual and which can’t is firmly fighting the dualistic duel. In reality, anything can be powerfully profound when we observe it with curiosity and wonder. Any experience we have can be a spiritual experience when viewed through awareness, even pronouncing profanities.

4. Your Mind’s Got A Need For Speed

Faster than a Ferrari, the mind can shift gears in the slightest of semi-seconds and, if we’re not aware of this, before we’ve even realized it we’re hurtling along the head’s highway with it. Much like a seasoned cowboy calming a rearing horse, if instead we just stand with our mind calmly, it’s remarkable how it simply slows to a halt on its own accord.

So often our problems aren’t the actual problem but our problems with the problem. The moment we can let go of all the narratives we have surrounding a situation, we’re just left with the situation itself. And we’re all gifted situation solvers when it actually comes down to it. We could spend many hours of our lives worrying about dropping an AirPod onto the tracks and how we’d deal with it. But when it actually happens, we know exactly what to do anyway.

6. Nothing’s Worth Losing Your Head For

Not even an AirPod. This struck me as I stuck my head out over the tracks, to the clear concern of the station manager tasked with preventing rush hour decapitations. But the more metaphorical meaning also became clear as I rode out of the station afterwards.

We so rarely ask for help that we forget how good it feels to receive it. With my pod taking a track nap, there was nothing I could do but ask for help. Finding the station manager, he explained that he had a long sticky stick for picking things up. But the sticky stick wouldn’t be sticky enough. So they’d retrieve it that night and arrange a pod pick up. If I remembered half how good it feels to receive help, I’d ask for it a heck of a lot more often.

It’s uncanny how closely the downward spiral my AirPod took resembled my own trajectory over the preceding half hour. I’d become aware of myself suddenly going from being in cruise control to going over the cliff edge. First, I had an unproductive work stint. Then the nearest subway station was closed so I had to walk through a storm to the next one. By then, my state was irate. So when my AirPod slipped through my fingers as I went to board the train, it actually didn’t come as a surprise. It could all have been avoided if I’d simply taken a few deep breaths, checked in with myself, and observed the state I was in.

Anything can be funny when we’re far enough away. The thing is that we’re normally just too damn close. But the moment that I took even half a step back, I couldn’t help but see the funny side of the situation. I’m a human hurtling on a giant bouncy ball around the sun who just dropped a pocket music studio onto a track in this huge hole in the ground many meters underneath this mega metropolis. Whenever we feel tense and what we’re facing seems immense, it can be so valuable to ask ourselves how far we’d have to step back to be able to see the light side.

My initials and surname are a welcome reminder to B.A. Ware

11 Things I Learned From Ethical Polyamory

The 5 Most Important Lessons I Learned From Dating Apps