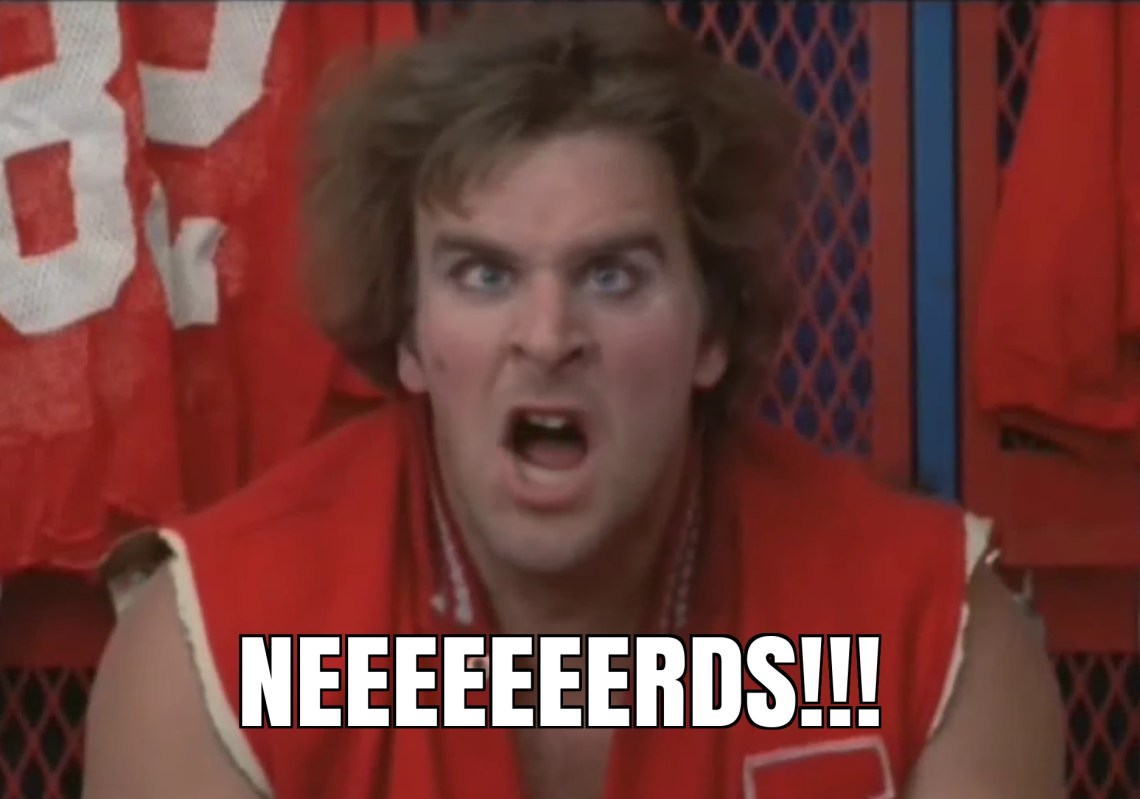 The term “politically correct” gets thrown around a lot nowadays. It’s a pretty hard term to define, but its roots go all the way back to the heyday of Joey Stalin, when his hardline commie thinkin’ was deemed “the official way” to mull matters (which, interestingly, makes “politically correct” a derogatory term first used by American socialists to make fun of Russian communists.) Although the expression is used across a wide panoply of contexts, the general idea of contemporary U.S. “political correctness” is that you are supposed to use very, very precise terms to describe specific peoples, with one’s utmost goal in civic life being to avoid offending anyone, no matter how slight. And nowhere can the expansive reach of P.C. dogma be felt as in the world of comedy. At one point, the entire business of making people laugh was inextricably linked to making people upset and saying things that were culturally offensive. Lenny Bruce, George Carlin, Redd Foxx, Richard Pryor, Bill Hicks, Chris Rock – they all owe their livelihoods to getting on stage and pissing off plenty of people. Today, however, comedy – for decades, long considered the art of skillfully addressing the hard truths we don’t want to accept about ourselves and the world around us – has become painfully self-conscious and self-censoring, with acts like Amy Schumer and C.K. Louis doing more admonishing of their audiences’ worldviews than actually entertaining them. Indeed, so fearful of being chased out of town with pitchforks and torches by easily aggrieved mobs, even heavy hitters like Jerry Seinfeld refuse to play colleges anymore because the crowds just can’t take a joke.

This “whatever you do, don’t hurt anybody’s feelings” tao is especially obvious at the cineplexes. Even the R-rated, adult-targeted comedies Hollywood keeps rolling out – Neighbors and Tammy and all those Jump Street movies – are painfully, painfully subdued compared to their counterparts from the late ‘70s, ‘80s and early ‘90s, with hardly any mainstream studio-backed comedies even daring to address issues like race, gender and sexuality in any sort of controversial (or humorous) lens. Indeed, considering how thin-skinned and obsessed with being offended we’ve become culturally, there’s a pretty good chance that some of the most iconic comedies of all-time wouldn’t even be considered by studios nowadays. To prove the point, I decided to take a gander at ten of the most beloved comedy movies of the last 40 years, reviewing them for content that would totally not fly with major movie execs nowadays. As it turns out, some of the greatest cinematic knee slappers probably never would’ve gotten off the drawing board, had they been creations of these times as opposed to their own.

Can you even imagine a screenwriter walking into the office of Paramount or Warner Bros. in the year 2016 and having the audacity to pitch this movie? Never mind that the entire point of the film is to demonstrate the wrongheadedness of racism (at the same time, completely deconstructing Hollywood’s own decisively bigoted “wild west” mythology) I’m pretty sure by the time they got to the joke about “the sheriff is near” they’d have effectively blackballed whoever wrote the script from even thinking about going anywhere near a major movie studio ever again. Factor in the self-reflexive gags about gay dancers, the Irish, campfire farts, Nazis, the Klan and the downright anarchic, fourth-wall shattering finale, and it’s a pretty safe bet to assume nobody would dare mull touching a movie so irreverent nowadays.

The raunchy Paul Newman vehicle is easily one of the most quotable sports movies ever made, from the part about the tips on “highlighting” romance novel scenes to the scene where a reluctant runway model makes good on his promise to expose himself to the audience. Of course, a lot of those jokes revolve around some less than LGBT-friendly euphemisms, including the film’s crowning triumph, an anti-gay slur loaded diatribe directed towards a failing minor-league hockey team’s female owner. Interestingly, the film’s semi-misogynistic streak comes from an unexpected source. Slap Shot, complete with its jokes about lesbians and crude comments about waitresses in Florida and its bloody fisticuffs involving characters described as at least partially mentally disabled, was written by Nancy Dowd, whose script for Coming Home took home the best screenplay Oscar just two years later.

Long before they teamed up for The Naked Gun movies, the Zucker Brothers and Jim Abrahams wet their feet with this chaotic skit movie, which was one of the first films directed by John Landis (he of An American Werewolf in London fame.) This flick wastes no time at all before jumping headlong into controversial waters, with jokes about a gorilla trying to sexually assault a news anchor, a gag about “oily Italian hair” and a fake trailer for a fictitious film featuring a bevy of Catholic school girls being whipped by a dwarf all transpiring before the flick even hits the ten minute mark. Other highlights include a half-hour long pastiche of Bruce Lee movies that touch upon every Asian stereotype you can think of, a phony blaxploitation offering titled Cleopatra Schwartz, and perhaps the film’s ultimate un-P.C. moment, a brief segment involving a “danger seeking” who tempts fate by saying a really, really impolite term when in the presence of African-Americans.

Where do you begin on this one? From the very first line of the movie – in which Steve Martin laments “I was born a poor, black child” – you just know there’s going to be something in The Jerk to offend everyone. A sorta’ reverse Forrest Gump, the film follows the titular character – who, at best, is severely inept socially and at worst, legitimately mentally handicapped – as he stumbles his way through modern life, ultimately becoming an accidental millionaire before squandering it all away in a classic tragicomedy. If the humor about cock-eyed people and mentally disturbed gunmen doesn’t make this thing pelicula non grata in today’s culture, the recurring jokes about African-Americans living in poverty – not to mention the greater narrative about a white man in search of black rhythm – ought to be more than enough to make this off limits in the eyes of contemporary Hollywood film studios.

Jive talking grannies (complete with subtitled black actors.) Young girls – as in, elementary-aged – stating their predilection for African-American suitors. A recurring joke about an inflatable doll having a certain enjoyable recreational activity performed upon him. Nuns and Hari Krishnas getting into fist fights, jokes about suicide and at least one character depicted as a brazen, super-effeminate gay caricature. In hindsight, the only thing more amazing than the fact that Airplane! got made it all is that it got made and was only rated PG!

This one would get ix-nayed not so much because of its content as its overlying connotations. Simply put, has there ever been a more blatant display of so-called “white privilege” than the Griswalds? Indeed, the lily white brood canonically sired by the loins of Chevy Chase and Beverly D’Angelo pretty much embody the notion of middle class Caucasian ignorance, as evidenced by their (unplanned) detour into the “hood” (where they are immediately robbed by conniving black con-artists) and their visit to a distant “white trash” cousin whose favorite pastimes include sexually abusing his own underage daughter (which, this being the early 1980s and all, is played strictly for laughs.) Oh, and don’t expect the gag about a dog accidentally being dragged to death to inspire as many guffaws from today’s audiences, guys…

In one role, Gedde Watanabe did more to set Asian-Americans back than the Supreme Court ruling in Korematsu v. United States. Portraying the inept foreign exchange student Long Duk Dong (who is literally introduced with the most stereotypical “gong” sound effect you could imagine), Watanabe is used only as dehumanized comedy material, saying creepy things to Molly Ringwald while arching his eyebrows and acting like a complete imbecile while drunk as a skunk at a high school keggar. That the other characters in the film casually refer to him with terms like “your Chinaman” only makes the film all the more groan-inducing. Indeed, 30 years later, Watanabe is still being accosted by irate Asian Americans about his performance. “Every single Asian dude who went to high school or junior high during the era of John Hughes movies was ‘Donger,’” recounts one of the many, many offended in a 2008 NPR article.

Here’s a fun game you can play at your next social mixer: put on a DVD of Revenge of the Nerds and do a shot every time the protagonists commit a sex felony. Oh, trust me, you’ll be on the verge of alcohol poisoning by the time everybody gathers for the big “We Are the Champions” finale, as the iconic comedy embodies the notion of dissident, evolving social values. Among the “wacky” things our repressed, marginalized geek heroes do in the film? Well, they engage in panty raids (or as the police sometimes call it, “breaking and entering”), they set up hidden cameras in a sorority (while showing the voyeuristic footage to an underage youth, no less!), sell nude, ill-gotten photos of their classmates and – the biggie – have sex with women while disguised as their boyfriends. Or, as we are prone to describing it nowadays, rape. For added fun: there’s also a lot of crypto-racist jokes about blacks, homosexuals and Asians, too!

Rodney Dangerfield’s magnum opus isn’t as directly non-P.C. as the other movies on this list, but in a way, its commentary is a lot more caustic. For starters, the entire film focuses on a self-made millionaire who can pretty much buy his way out of any predicament he finds himself in – i.e., fully exploiting the power of “white privilege.” Secondly, the movie has a very, very sharp anti-higher education bent to it, with Rodney’s character constantly berating the professors and higher-ups because they have no idea how the real world works and pointing out that their synthetic university experience doesn’t prepare students for any sort of success in the actual free market. And of course, there’s quite a bit of furtive homophobia and misogyny going on in the dialogue … with much more obvious mockery of midgets, the overweight and PTSD-rattled Vietnam veterans atop it.

Yes, we conclude with, of all things, a Walt Disney movie. Basically, the entire movie is one gargantuan fat joke, played at the expense of a bunch of child actors (including a few castaways from the Mighty Ducks movies and at least one future SNL cast member.) Clearly, fat-shaming children isn’t exactly the kind of thing encouraged in today’s “body-positive” culture, and neither is the film’s decisively anti-health and wellness ethos, typified by the insane rantings and ravings of demented camp counselor and fitness guru Tony Perkins (which, in my eyes, is still the best role Ben Stiller has ever had.) So here, we have a film that not only mocks obese children, but equally ridicules any efforts to get them in shape and maintain a healthier body weight. Needless to say, this one probably isn’t on regular rotation at the Obama household – although the idea of a remake starring Michelle herself might just be a billion dollar idea in its own right.