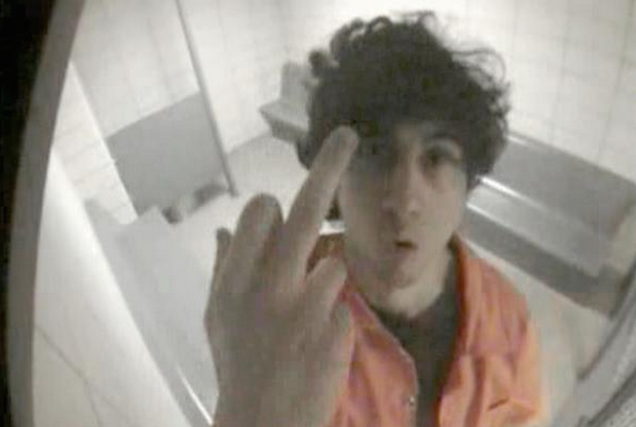 The above photo was showed to the jury of the ongoing Boston bomber trial during the penalty phase yesterday. It’s a still from a prison CCTV where Tzarnaev was being held after his arrest in 2013.

The prosecution stated that it was of “Dzhokhar Tsarnaev: unconcerned, unrepentant and unchanged.” Tzarnaev was already found guilty on 30 counts which includes three murder counts. He faces the death penalty. The penalty phase is expected to last circa four more weeks.