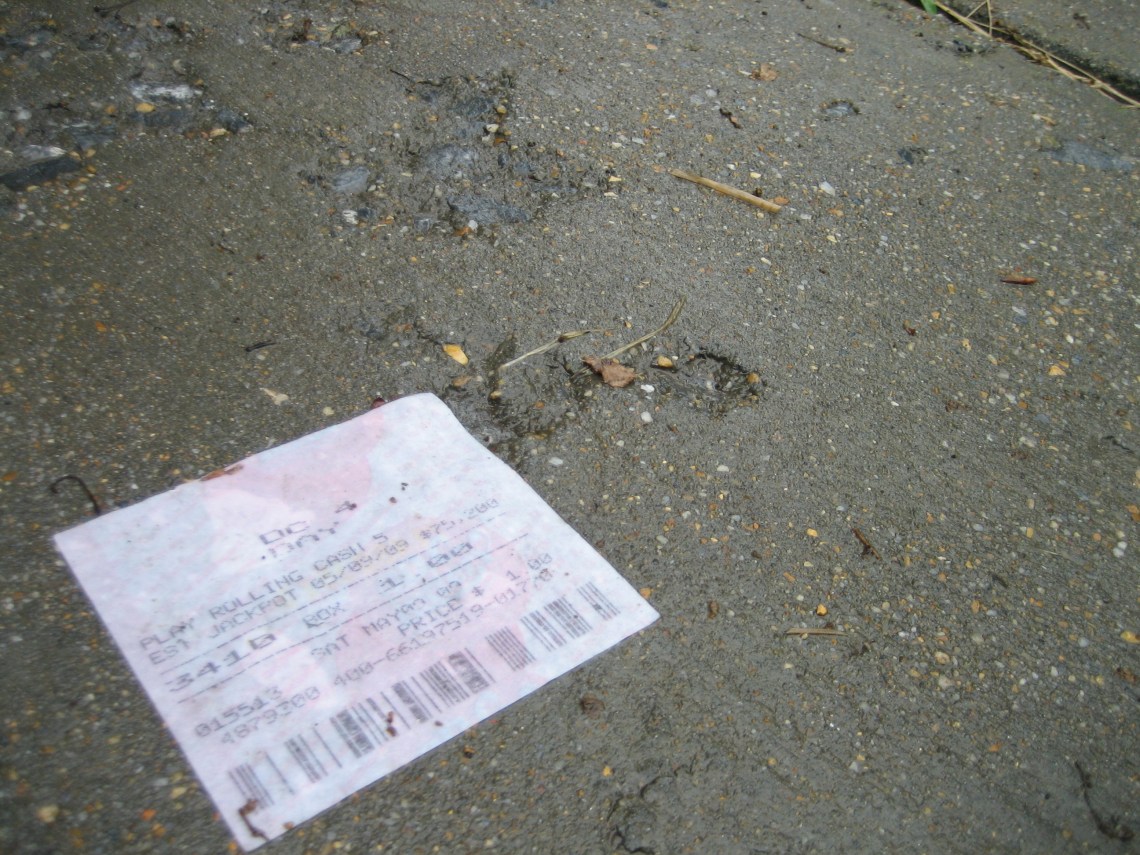 John Wines of Roswell (yep, that Roswell), New Mexico was the proud owner of a scratch off lotto ticket in the amount of $500,000 but the state lotto commission says he can’t have it because they made a misprint and the max amount you can win with a scratch off ticket is a measly $250,000 anyways.

Well Mr. Wines isn’t taking this travesty, this injustice, lying down (it actually kind of is). Here’s the ticket.

On the ticket, you can see part of a number that is supposed to be next to the ones, but it is very faint and you can’t tell what it is.

So according to what we’re seeing in the ticket, Mr. Wines did win half a mil, or, barring that, at least $250k but no, no he didn’t ‘because misprint.’

John says he contacted the New Mexico Lottery who replied in an email saying, “We did find a flaw in that particular pack of tickets and it’s been reported to our printer. Thanks for bringing this to our attention. I did complete a reconstruction of your ticket and it was not a winner.”

They then offered him 100 lotto tickets as restitution which likely just frustrated Wines further. As Wines says, he didn’t print the ticket and so he should win the lotto no matter which ticket they meant to put the winner on.