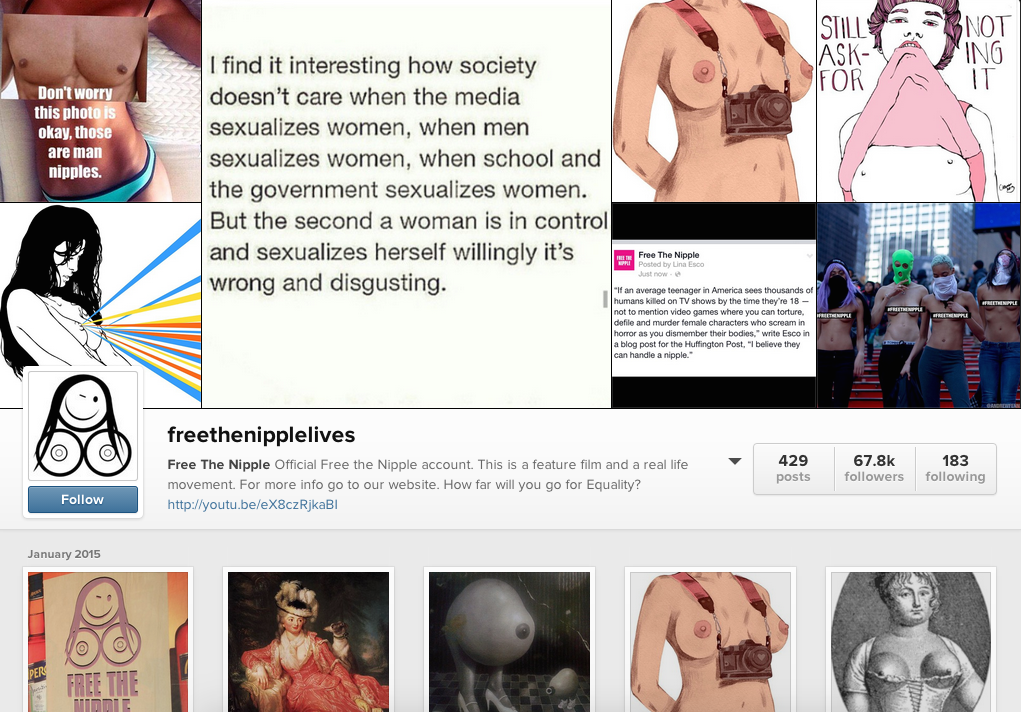 Strangely self conscious social (media) movement #freethenipple is all about the lesson that nipples are not sexual organs and shouldn’t be censored because men’s nipples aren’t. Fine, that’s an argument that could certainly be made and made well. But if the movement is so all about freeing nipples then why are there so few nipples actually being freed?

The above is a screenshot from the #freethenipple instagram page and it’s almost exclusively old or new art of breasts either totally covered or with nipples covered. It’s not even mostly actual women with censored nipples (per the Instagram service terms). Here’s another screenshot so you know I’m not cherry picking. 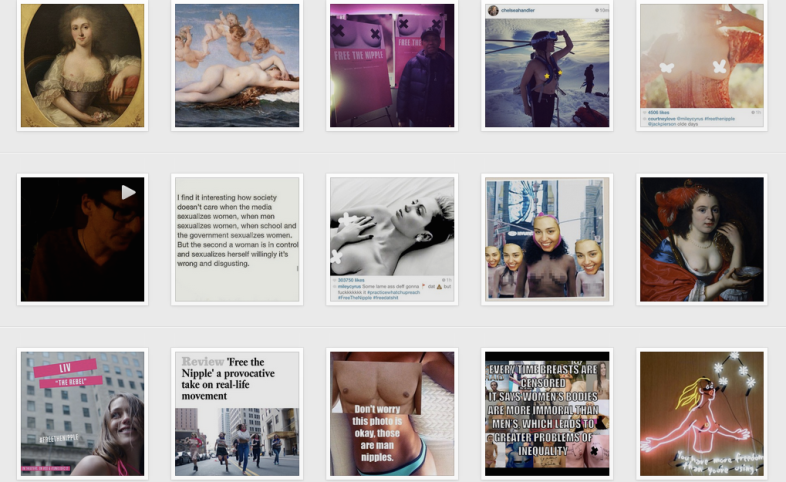 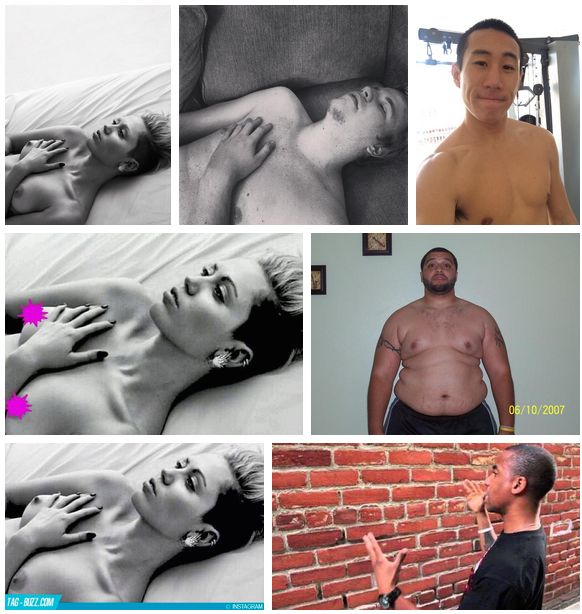 I’m not kidding, it’s mostly Miley’s nipples and men’s nipples and, with rare exception, the other non-celebrity nipples posted under the hashtag are on women posing provocatively.

There are a few others where it’s just breasts…but in these pictures the nipples are, in fact, censored. Whoever posted them actually censored their own pictures and then posted unfree/hidden nipples under the hashtag #freethenipple. Does that make sense in any way?

There are some good, honest pictures where the core message “these aren’t sex organs” is clear but the vast majority of pictures accompanying the movement send an extremely confused message. I mean, this is the internet, if you can be topless and anonymous anywhere then it’s the internet. But it appears that people aren’t willing to be topless even if they are anonymous and the ones that are willing to be topless are immediately sexualizing the idea ala below @sexieststoners.

So what I’m telling you is that from my viewpoint, if the purpose of the movement was to make women more comfortable with bare breasts/nipples in a non-sexual way then it has been an abject failure. If anything, it seems to have become just another excuse to post sexy photos on the internet while at the same time decrying that sexualization. Y’know, like Halloween.

So I have to ask, is this just another social media fad that ultimately only matters to circa 100 people in the entire country but is getting a lot of play because it involves *snicker* boobies? If that’s the case then it’s lame, lame, lame but it’s also self sexualized. After all, Miley wasn’t exactly just showing her nipples, she was engaging in a highly posed “lie on the bed and appear dreamy/slightly turned on” bit of self promotion. Oh, and there was a movie that everyone hated.

And that’s why this kind of thing fails every time. Shout out to the honest ones.