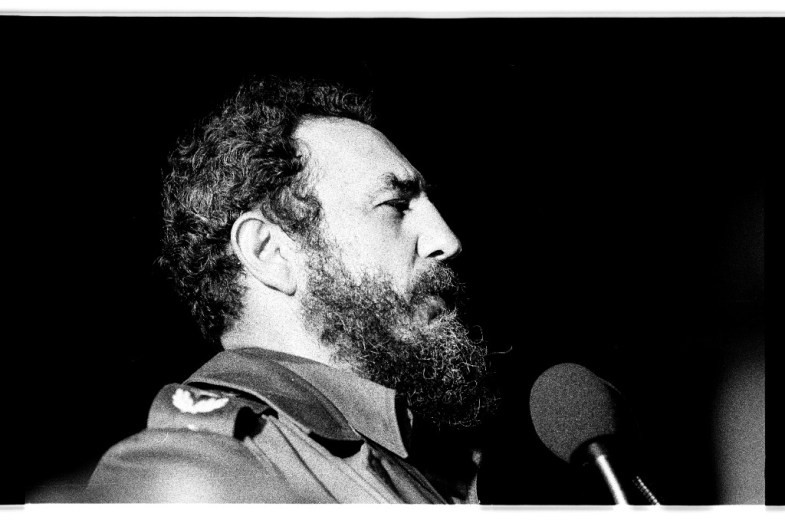 1. U.S. to Normalize Relations With Cuba After 54 Years

The release of U.S. contractor Alan Gross after 5 years of Cuban imprisonment is a big deal but the news the U.S. may be about to normalize the diplomatic relationship with Cuba as well is huge, huge news considering they’ve been subject to a U.S. embargo for 54 years. As of this writing, this is all the Associated Press had to say on the matter:

WASHINGTON — US officials: US to start talks with Cuba to normalize full diplomatic relations, open embassy.

It’s a story no one wants to be last on.

You can watch President Obama’s statement on the issue at noon today right here.

High schoolers are such fickle, herd-like creatures. If it isn’t forbidden then they just don’t want to do it. Sure, marijuana use is only down about 1% but still, it’s down.

You know what’s up? Well, nothing really. Tobacco, alcohol, cocaine, crack, they’re down across the board. Actually, I’m not convinced legalization has made pot less popular. Maybe kids just don’t like “the dope” anymore. Maybe it’s all black ties, collared shirts, and late night study sessions from here on out.

3. Wal-Mart Being Forced to Pay $188 Million in Owed Compensation to Workers

Rock bottom prices have to come from somewhere. According to the Chicago Tribune:

The Pennsylvania Supreme Court ordered Wal-Mart Stores Inc to pay $188 million to employees who had sued the retailer for failing to compensate them for rest breaks and all hours worked.

Wal-Mart said on Tuesday that it might appeal the decision, which upheld lower court rulings, to the U.S. Supreme Court.

The Pennsylvania Supreme Court upheld a 2007 lower court ruling in favor of the workers, who said Wal-Mart failed to pay them for all hours worked and prevented them from taking full meal and rest breaks.

4. Chinese Leather Factories Make Gloves, Etc, Out of Dog Hide Then You Wear Them

Still think cheap things are good? Here’s a video from PETA (who are often terrible but sometimes very good) showing Chinese leather workers killing dogs so they can tan their hides and sell you gloves made from their skins.

Ain’t globalization with no standards grand?

A Clymer-area woman was sent to Indiana County Jail on Monday to begin a jail term for her conviction for possession of child pornography.

Meri Woods, 43, was ordered by Judge Thomas Bianco to serve six months to two years less one day for the felony conviction. Woods also was directed to serve two years of probation for a companion charge of unsworn falsification to law enforcement.

These two battled. It was awesome.

3 Examples That Prove The U.S. Doesn’t Just Support Dictatorships, We Count On Them

5 Stories From Across The Internet That Will Bring You Up To Speed, Daily News And Web Roundup