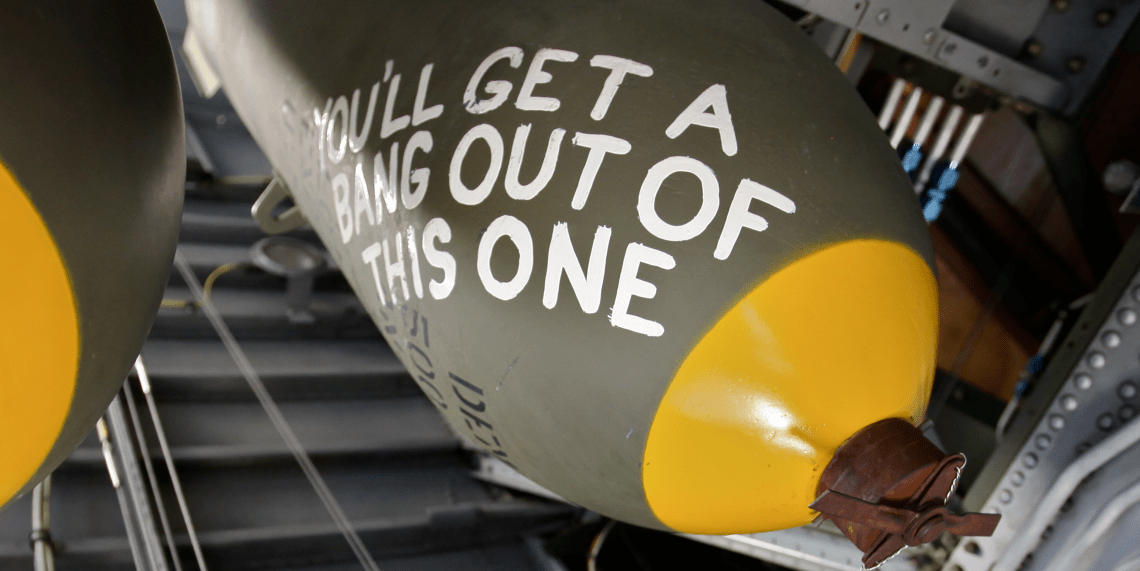 And here’s a roundup of four other things that happened in the world today.

1. Islamic State Claims To Have A Nuclear Weapon

Lovely news, during the Islamic State’s occupation of Mosul, Iraq, they claim to have stolen some uranium from a research facility there. A British bomb expert who defected to the Taliban and then to ISIS then bragged on Twitter about it, stating, “We’ll find out what dirty bombs are and what they do. We’ll also discuss what might happen if one actually went off in a public area.” The man who made that comment, Humayun Tariq, finally had his Twitter account banned after he was found to be tweeting instructions on bomb making. It only took two days.

Here’s how dirty bomb’s work. They’re aren’t like the mushroom cloud causing globally catastrophic weapons you may have been thinking of but they don’t have to be. They’re terrifying.

Following Ferguson and dozens of other instances where local police units were found to be packing what was essentially war gear and traveling inside armored personnel carriers, Barrack Obama has basically told the American people to ‘step back from the ledge’ lest our local police not receive the RPGs that they need for modern day traffic stops.

Seriously though, the president is moving toward reform rather than restriction. However, he’s also calling for GoPros (body cameras) for every officer which many Americans feel would absolutely change law enforcement/community interaction in a revolutionary way. Also, training. The pres wants training and lots of it.

So, basically, cameras and training but mostly cameras because cameras are a greater deterrent to bad behavior than training. The whole shebang would cost $263 million over 3 years.

3. AIDS is getting the crap kicked out of it

Okay, that’s an overstatement but the fight against the disease’s spread is taking effect. For the first time ever, cases of AIDS, globally, are on the decline.

The number of people newly infected with HIV over the last year was lower than the number of HIV-positive people who joined those getting access to the medicines they need to take for life to keep AIDS at bay.

Not the end of AIDS but absolutely excellent news. Next steps? Stay the course.

“We’ve passed the tipping point in the AIDS fight at the global level, but not all countries are there yet, and the gains made can easily stall or unravel,” said Erin Hohlfelder, ONE’s director of global health policy.

The St. Louis Dispatch has done a fantastic job since August of keeping track of the goings on in Ferguson and St. Louis, Missouri since Mike Brown was killed in August of this year. Yesterday they reported that a group called the “Oath Keepers” was sent home by local law enforcement after several media inquiries. While on the scene, these individuals from all over the country apparently guarded several areas with nonlethal weapons.

It’s pretty wild and a quick read which I recommend.

Oath Keepers boarded up a bunch of the storefronts and started night rotations on several rooftops. Sam said he vetted volunteers to ensure there weren’t any “racists” or “people with an ax to grind.” He said he picked volunteers who “have seen the elephant and are calm under fire.”

Fearing more arsonists, Oath Keeper volunteers kept buckets of water, fire extinguishers and other nonlethal weapons on the rooftops. Some are also armed with rifles that aren’t available at Walmart and Cabela’s.

The volunteers said they were well aware of the risk to life that arson can play and the legal right to stop it from happening.

Group volunteers say they are confident they have helped protect property and lives since they arrived.

5. Also, an incredibly lazy man created this terrible nativity scene and posted to the Reddits/Imgurs

In Light Of Sean Spicer Resigning, Here’s Our Favorite Memeable Moments Of His Time In The White House

Tonight We Started Bombing Syria, Here’s What You Need To Know