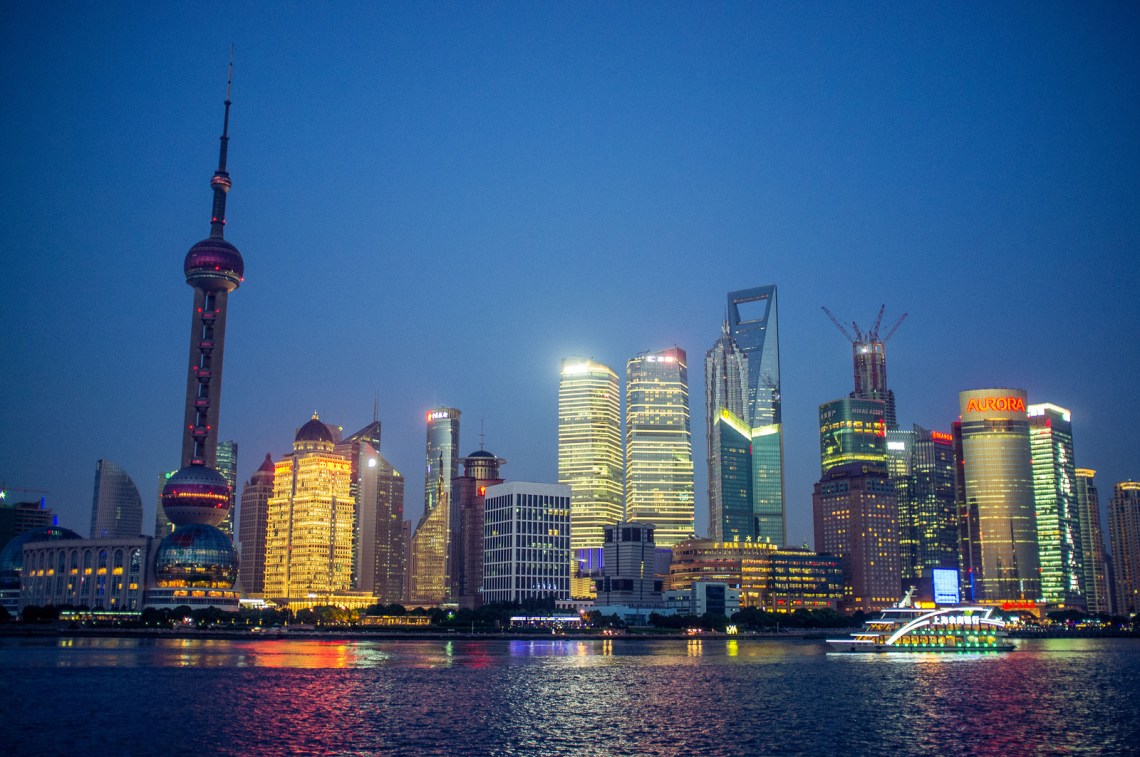 Just over a decade ago, in 2000, the Americans produced three-times as much as the Chinese, MarketWatch noted. The Chinese economy was one-tenth the size of the U.S. in 1980, according to the Financial Times (FT).

China’s growth means it now accounts for 16.5 percent of the world’s economy, according to the financial news site. The U.S. is holding down 16.3 percent.

What does this mean for you? Firstly it means that the U.S. has handed over many working class jobs (millions of them) to China, preferring to import cheap products made with slave labor and depressing domestic wages. But hey, that’s just the free market speaking.

That bring us to our next news highlight of the day.

2. U.S. Asks China To Stop Being So Rich

Actually, here’s the title of the DailyMail article US: Chinese economy should wean from cheap labor model which is literally the same thing. China’s export driven economy has done two things 1) it’s made some Chinese very rich and provided jobs to pacify it’s repressed and oversized population and 2) it’s hollowed out working class opportunities that used to be available in Western nations and contributed greatly to degrading tax bases there thus increasing inequality and demand on social services like welfare and food stamps. Here’s the quote:

The United States on Wednesday said China needs to move away from its cheap labor and export-focused economy to maintain growth in the years ahead.

US Treasury Under Secretary for International Affairs Nathan Sheets also said Europe and Japan need to take action to boost domestic demand and further a global “rebalancing” that would help growth in countries which run chronic trade deficits.

“The historical record highlights that some countries have been able to engineer policies — particularly policies to suppress domestic consumption — that have allowed their current account balances to remain in meaningful surplus for long periods,” Sheets said in a speech at the National Press Club in Washington.

Absent from the statement was any mention that it was U.S. trade policies that preferred this cheap labor which created the “imbalance” in the first place. But, y’know, that would mean that we could do something about it instead of asking China to.

I can hear the chuckling all the way from Beijing.

The Shia Labeouf rape story was certainly weird but as the Atlantic’s Lenika Cruz writes “Of course men can be raped. And of course performance art isn’t the issue here.” For those that don’t know, here’s what Labeouf says happened.

One woman who came with her boyfriend, who was outside the door when this happened, whipped my legs for ten minutes and then stripped my clothing and proceeded to rape me … There were hundreds of people in line when she walked out with dishevelled hair and smudged lipstick.

The internet and certain media figures have roundly made fun of Labeouf. Cruz unpacks the hypocrisy and downright cruelty involved.

4. Mark Wahlberg Wants a Pardon For Nearly Killing Two Asian Men or “Gooks” as He Called Them

According to the Week, “Wahlberg wants a formal pardon from the state of Massachusetts.” Why? Let’s consult 1988 for the answer:

In April,1988, Mark Wahlberg, 16, set upon a Vietnamese immigrant named Thanh Lam, and, with a wooden stick, beat him so severely that Lam fell to the ground, unconscious. Later that night, according to contemporaneous accounts, Wahlberg found another Asian man, Hoa Trinh, and, calling him a “gook” and “slant-eye,” smashed him in the face.

The Week makes the case for why no pardon should be issued. Wayne Wax has previously written about this for Thought Catalog but with Wahlberg remaining a box office juggernaut it bears reviewing.

5. In Happier and Far More Fun News, Testing Has Begun For A Space Capsule Destined For Mars

Lovely stuff, the NASA program is called Orion and while it’s a long-term program, intended to culminate in deep space travel (around the moon) circa 2021. Today’s test flight is designed to check Orion’s rocket and re-entry systems which, as of this writing, have all gone fine.

Eventually, all this testing will result in a manned space flight to Mars so lots of testing is necessary. Below is a livefeed of Orion’s progress as well as another video detailing the program’s ultimate intent and design.

The events of the last couple of weeks have, if nothing else, indicated just how divided Americans are, more than I would have imagined. Yesterday, President Obama discussed national common purpose, something I believe we’re all sorely lacking.

But beyond the specific issue that has to be addressed — making sure that people have confidence that police and law enforcement and prosecutors are serving everybody equally — there’s a larger question of restoring a sense of common purpose.

We’ve been here before in an even more divided time and that’s important to remember. Defeatism is for the weak and unremembered.