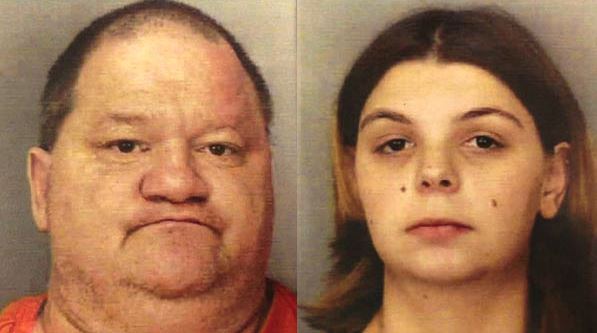 Twenty three year old Ruby Angeline Stephens and her husband, 48 year-old Roy Allen Stephens went to the Golden Corral in Lakeland, Florida for a bite to eat. While they were dining, their month old daughter, Betsey Kee Stephens, died of starvation in the back of their car.

“The Medical Examiner findings revealed that the infant died of malnutrition as a result of starvation,” local police sergeant Gary Gross said in a report of the incident.

The mother said she “strictly breastfed” the baby every two to three hours, but local medical examiners said the child had not eaten for between six and seven hours before it died.

The child died over three hours before police were called, the examiners’ report added.

According to the report, the child’s mother checked her feet upon arriving at the restaurant and found them to be unusually cold and that the infant did not respond, after which she called the police.

The child weighed about half what a healthy baby should have weighed. The couple has been charged with first-degree murder.

Bleach Enemas? Some Parents Of Autistic Children Are Trying It On Their Babies In Hope Of Cure

‘He’s Dying! He Can’t Breathe!’ 911 Dispatcher Risks His Job To Save The Life Of A Toddler.

Woman Discovers Husband Is Raping Her In Her Sleep, Then Finds Out What’s In His Video Collection