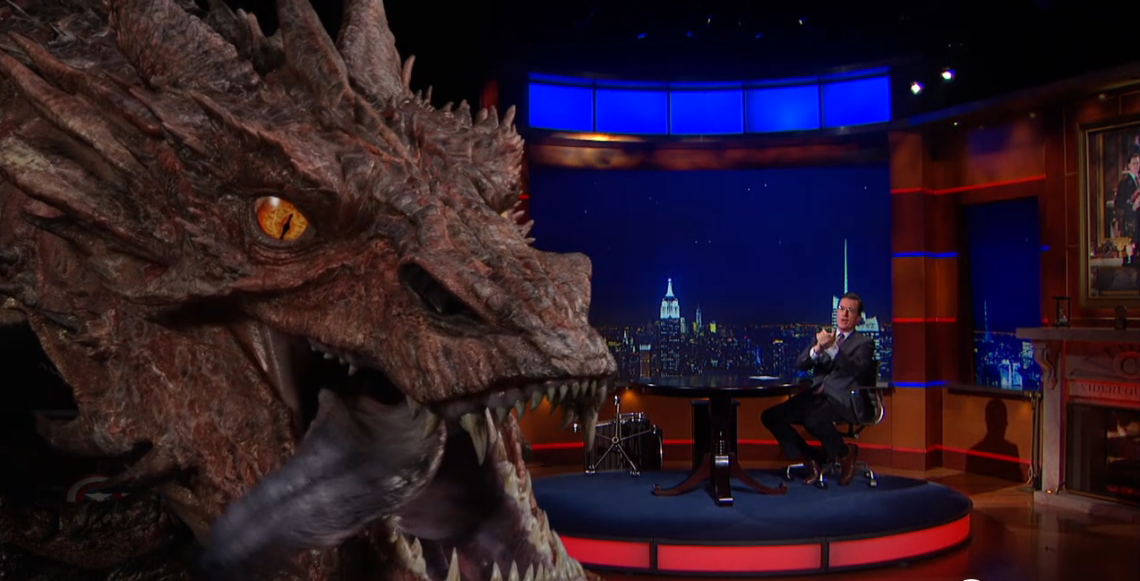 1. Politician Who Blocked Legalized Marijuana in DC is in the Pocket of Big Pharma

DC has already passed a referendum (70% voted for it) legalizing recreational use of marijuana but one Maryland Representative (Andy Harris-R) made sure that the measure couldn’t go ahead. His primary campaign contributions just happen to come from the pharmaceutical industry. Via attn.com:

His biggest contributor is the health industry, and among his top three biggest donors is the pharmaceutical company, Emergent BioSolutions, headquartered in Rockville, Maryland. One of Emergent’s products is epsil, “a fast-acting treatment that reduces the pain associated with oral mucositis,” which is a common complication of chemotherapy from cancer treatment. According to its website, “by reducing the pain associated with OM, episil® may help you maintain proper nutrition and a level of comfort—and may allow you to continue your cancer therapy uninterrupted.”

In case you don’t know, marijuana is a far cheaper pain alleviating alternative for those suffering from cancer. It also serves the dual function of stimulating appetite which very much helps chemotherapy patients.

In other words, it seems like marijuana competes with the products made by this Representative’s campaign contributors. Can’t have that.

2. All Dogs Go To Heaven, So Sayeth Pope Francis!

Contradicting basically all of Catholic doctrine on animals and the afterlife, Pope Francis recently replied thusly to a child whose pet dog had recently died.

“One day, we will see our animals again in the eternity of Christ. Paradise is open to all of God’s creatures.”

3. Black Sororities Don’t Want To Be Associated With Ferguson Protests

It’s not that explicit but it’s pretty explicit. Once universally seen as being on the front lines of the civil rights movement, some Black sororities are more timid about representing their organizations at public protests, most notably those associated with Ferguson. This is in marked contrast to Black fraternities. Via the Associated Press:

Recent protests against the police killings of Eric Garner and Michael Brown have created a conundrum for the nation’s black fraternities and sororities: to remain relevant in the black community they need to be involved, but protect their reputations if demonstrations go awry.

The competing pressures were exemplified last weekend when black Greek members and alumni participated in lay down protests across the country and two sororities asked their members not to wear their letters during the demonstrations so as not to embarrass them.

This really feels like a poison pill of a bill to me. Via the Associated Press:

A vote on the measure was delayed for hours after Democrats revolted against provisions to roll back part of the Dodd-Frank financial reform law and allow more big money political donations, while conservative Republicans objected because the measure did not block funds for Obama’s immigration order.

Oh, so what does that mean?

The 1,603-page bill, negotiated by Republican and Democratic appropriators and leaders, drew Democrats’ ire when they discovered it would roll back the Dodd-Frank law due to go into effect next year by killing planned restrictions on derivatives trading by large banks, allowing them to continue trading swaps and futures in units that benefit from federal deposit insurance and Federal Reserve loans.

Oh, it means we’re reinstituting some banking practices that caused the economic collapse of 2008 but to vote against it would have resulted in a government shutdown. That’s not suspicious at all. Remember this moment.

Frankly, you should probably read this article in its entirety.

5. CIA Agents Who Tortured Are Open to Prosecution All Over the Planet

They may be off the hook here since the Department of Justice has repeatedly stated that none of the cases it’s looked at rise to the level of prosecutable offense but the rest of the world isn’t so sure.

“Torture is a crime. The acts that were committed are undoubtedly torture and cross the line into that territory by a very considerable distance; there was an agreement among senior officials to implement that program; and there was a spurious legal cover given by the Office of Legal Counsel.”

“All of those involved are guilty of an agreement between them to commit what amounts to a crime, or a series of crimes. And those crimes must as a matter of international law be prosecuted.”

Three more ginormous companies have joined telecom giants AT&T, Verizon, Comcast, etc in denouncing Net Neutrality measures that would regulate broadband as a utility. They also say Net Neutrality will end in the economic destruction of the entire country. Via Engadget:

reclassifying broadband as a utility will prompt the networks to halt their building plans altogether. Were that to happen, it’s claimed that US investment in broadband could fall by as much as $45 billion in the next five years. With that sort of money no longer in the system, the tech businesses will begin to suffer, quickly followed by the rest of the economy. It’s at this point the letter whips out the word “recession,” and heavily implies that net neutrality will send the country spiraling into another depression.

They’re probably right, I don’t see any electric power lines or sewage pipes anywhere and this is definitely not an attempt for large companies to essentially buy the internet.

Thanks for reading the daily news and web roundup. It’s Friday and therefore nothing will happen over the weekend worth wrapping up. Also, I’ll be sleeping a lot and won’t be doing it. First round’s on me.

After 54 Years, The U.S. And Cuba Are About To Become Friends; Daily News And Web Roundup

5 Stories From Across The Internet That Will Bring You Up To Speed, Daily News And Web Roundup