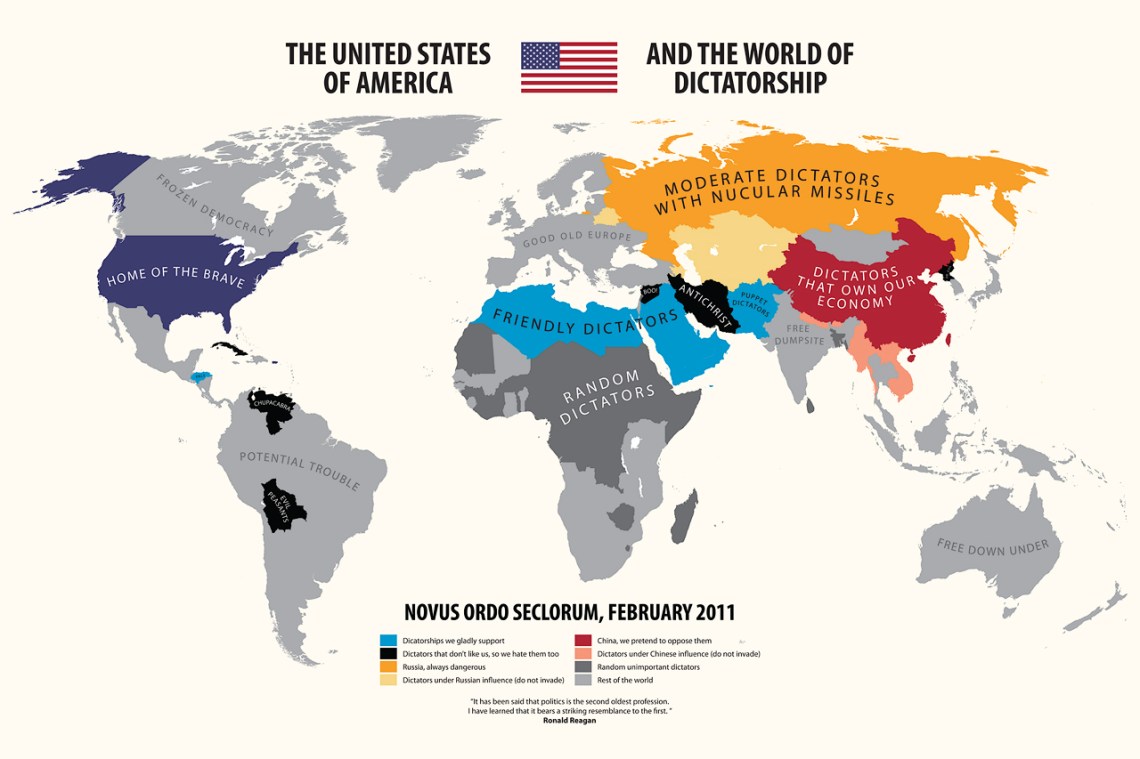 Two days ago, President Barack Obama announced that he’s seeking normalized diplomatic relations with single party socialist state Cuba after 54 years of trade embargoes and bad blood. In response, Republican Senators Ted Cruz, John McCain, and Lindsey Graham all let it be known that they do not approve of any change in U.S./Cuban relations, that normalizing relations with the island nation is tantamount to approving of dictatorships.

“Fidel and Raul Castro have just received both international legitimacy and a badly-needed economic lifeline from President Obama.  But they remain in control of a totalitarian police state modeled on their old state sponsor, the Soviet Union.  Their government can continue to detain individuals like Alan Gross indefinitely without process—as the many political prisoners still languishing in the Castros’ prisons can attest.

We agree with President Obama that he is writing new chapters in American foreign policy. Unfortunately, today’s chapter, like the others before it, is one of America and the values we stand for in retreat and decline. It is about the appeasement of autocratic dictators, thugs, and adversaries, diminishing America’s influence in the world. Is it any wonder that under President Obama’s watch our enemies are emboldened and our friends demoralized?

First of all, Obama’s announcement was roundly applauded by our allies who already have normalized relations with Cuba, no one’s disheartened by this latest announcement.

Secondly, to a country, the U.S. already has normalized relations and vigorous trade with the only other three nations in the world who are single party socialist nations modeled after the Soviet Union. They’re all in Asia and you’re already very familiar with them.

Despite fighting a horrible war with Vietnam, the U.S. normalized relations in 1995 and signed a bilateral trade agreement in 2000. In all that time, the government of Vietnam has remained single party and socialist, the definition of totalitarian that has been used for decades by U.S. policy makers.

Here’s McCain talking about how great trade with Vietnam is just five months ago:

“We have come to Hanoi at an important time: Next year is the 20th anniversary of the normalization of our relations. For those of us involved in that process, the progress we have made in this time has been astounding. At the same time, we recognize that we can do so much more together as partners, and that we need an ambitious agenda as we head into next year, especially in light of troubling recent events in the East Sea. In short, now is the time for Vietnam and the United States to take a giant strategic leap together. That is why we are here.

“For our part, the United States is ready to meet this challenge with new thinking and action. We are ready to conclude a high-standard Trans-Pacific Partnership, with Vietnam as a full partner. We are ready, in the context of TPP, to work with Vietnam to meet the criteria for U.S. recognition as a market economy.

Vietnam is great, we want Vietnam’s cheap labor therefore we like them and they are not considered “totalitarian” anymore.

However, the U.S. State Department says that Vietnam remains guilty of committing continual human rights violations as seen in their 2013 report here (PDF).

Laos is right next to Vietnam and is a single party socialist state ruled by the military. In 1992 we returned our diplomatic relationship with the totalitarian nation to full status and we want to trade with them because they have cheap labor and a low standard of living. In 2004, under George W. Bush, we normalized trade relations with Laos despite Loatian refugees and their descendants protesting loudly that we shouldn’t.

Here are the Human Rights violations Laos has committed and is still committing according to the U.S. Department of State (PDF):

The most significant human rights problems continued to be that the government denied citizens the right to change their government, conditions in some prisons were harsh, and corruption in the police and judiciary led to a lack of due process and arbitrary arrest and detention.
Other human rights problems continued to include: abuse of prisoners and detainees by some police and security force members; government infringements on freedoms of speech, press, assembly, and association as well as the right to privacy; government restrictions on academic freedom; local restrictions on religious freedom; trafficking in persons; societal discrimination based on sexual
orientation and against persons with HIV/AIDS; and government restrictions on worker rights.
The government did not take steps to prosecute and punish officials who committed abuses, and police and security force members acted with impunity.

Typical police state stuff and yet we have normalized relations with them and seek expanded trade.

The big poppa on the list, China is the populous nation in the world and also now boasts the largest economy in the world, passing the U.S. just this year. China gained most favored nation trade status under Democratic President Bill Clinton which means China pays low tariffs and is guaranteed a market for its cheaply made goods.

China, despite their PR campaigns and the improvement of their reputation among Americans who buy most of their goods, is a Human Rights violator, a single party socialist state, and a totalitarian government. Just because the nation has a government controlled market economy doesn’t make it free.

Before anyone disagrees with me, here’s how the Department of State describes China:

The People’s Republic of China (PRC) is an authoritarian state in which the Chinese Communist Party (CCP) constitutionally is the paramount authority.

Repression and coercion, particularly against organizations and individuals involved in civil and political rights advocacy and public interest issues, ethnic minorities, and law firms that took on sensitive cases, were routine. Increasingly officials employed harassment, intimidation, and prosecution of family members and associates to retaliate against rights advocates and defenders. Individuals and groups seen as politically sensitive by authorities continued to face tight restrictions on their freedom to assemble, practice religion, and travel. Authorities resorted to extralegal measures such as enforced disappearance and strict house arrest, including house arrest of family members, to prevent public expression of independent opinions.

You don’t see any politicians calling for an end to trade with these three countries do you? So no, it’s not un-American to have normal diplomatic relations with nations like Cuba. Especially in the 21st century when ideals have been branded with a $ sign, it’s the most American thing you can do.

A MESS. Will The United States Remain A World Power?