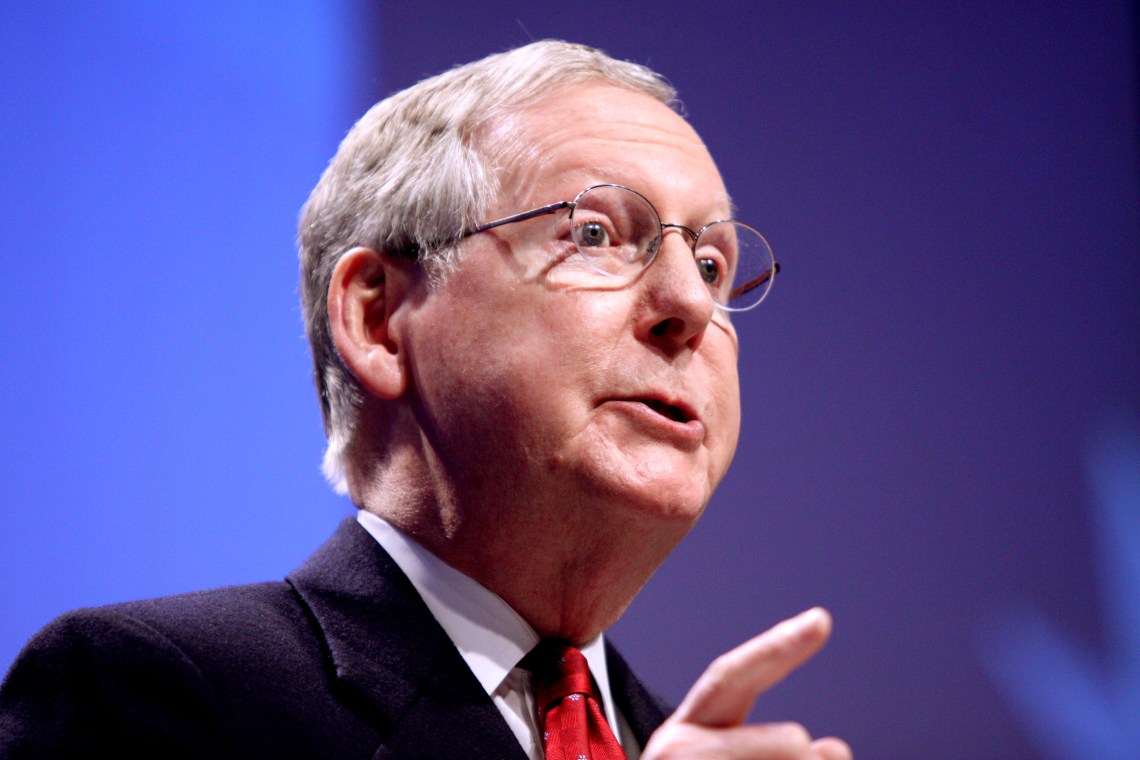 Last night the American people took an axe to the Democratic majority in the Senate with the Republicans winning seven seats and taking control of Congress for the first time since 2008.

TIME‘s Jay Newton-Small was in Harlan, Kentucky and got an interview with the newly anointed Senate Majority Leader Mitch McConnell (KY) who, instead of railing against President Obama like he usually does, provided a list of accomplishments supposedly illustrating how awesomely he and Obama have gotten along in the past. He couches all this by claiming that it was he and Vice President Joe Biden who did all the deal-making as if President Obama just goes along with everything Biden suggests and wasn’t involved in approving anything.

McConnell, traditionally an obstructionist (regardless of what you think of GOP policies more broadly, this is the case), is now couching himself as a deal-maker who’s made deals in the past rather than as a guy who repeatedly held the country’s face to the flame until the last second. It’s a shocking reality distortion field moment but here’s the short list.

Three things…what a deal-maker. Of course he never mentions that he and the GOP members in the House largely caused these fiscal cliff crises in the first place.

Making fun of McConnell aside, and I do love doing that, he strikes a very different tone in this interview than he has in years. The guy even acknowledges that Susan Collins of Maine is a Republican which has been sort of verboten with the Tea Party dominating the GOP over the last several years. He seems pretty done with pandering to all that now that the GOP controls the government’s legislative and judiciary branches.

We need to get back to normal, and normal means that senators can offer amendments and actually get votes and the committees actually work. And we actually work occasionally or Fridays. There are a number of things that we need to do to become more productive. Some of it has to do with rebuilding relationships across the aisle and some of it has to do with just simply working harder.

Weird stuff considering the last six years but perhaps not surprising. The party in power is always eager to get things done.

Get Rid Of The Filibuster Completely