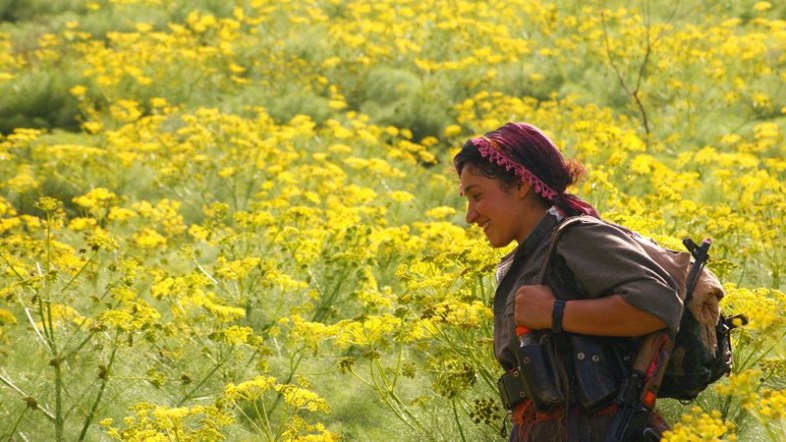 It’s not mission creep, that’s what the White House is saying about doubling the number of non-combatant U.S. troops currently advising Iraqi forces in Iraq and that’s to say nothing of the many CIA officers and agents that are undoubtedly in country.

Pre-midterm elections there were 1,500 military advisors. Now there will be 3,000. Obama has also asked for $5.6 billion additional dollars to invest in the fight against Islamic State forces. Here’s how the White House explained it according to Yahoo! News and an unnamed White House official:

“Even with these additional personnel, the mission is not changing,” the official said, stressing that U.S. ground troops will not be going “back into combat.”

“We are keeping the limiting factor on the mission, we are adding personnel to better carry out the mission, and to support the Iraqis as they move forward with their campaign plan,” the official said.

The unnamed White House official also claimed that the “surge” of 1,500 troops wasn’t about politics which is pretty obvious. If it was about politics he’d have done it a month ago.

So here’s what the President and the Pentagon say the troop increase is about.

In a completely indecipherable plan, the additional troops will be used to create “advise-and-assist operations centers” near Baghdad and Irbil which sound like customer service centers that hand out training and weapons. I have no idea what these are, none. I’ve never heard of such a thing and that’s probably on purpose.

They’ll be used to set up sites where 12 brigades of local (Iraqi and Kurdish) troops will be trained. A brigade is typically between 3,200 to 5,500 troops in the West. 12 brigades could mean as many as 66,000 troops. That’s a lot and it would absolutely require a lot of trainers in the form of instructors and officers.

3. There may be more troops sent to Iraq before it’s all said and done

Asked whether Obama had set a ceiling on the number of troops he was willing to deploy to Iraq, the official demurred.

But, he added: “We’ll assess whether there need to be additional advisers based on judgments on the ground going forward.”

4. The fight against ISIS is actually starting to go better than it has been

As the Associated Press reported earlier this week, the Islamic State is spread pretty thin across Syria and Iraq where they’re engaging with multiple enemies on multiple fronts. Their enemies include some Syrian militias, Jabhat al-Nusra (sometimes), the Syrian military, and Syrian Kurds along Turkey’s border.

In Iraq they’re fighting the Iraqi military, Iraqi and Iranian Shi’ite militias, and the Kurdish Peshmerga. Flying above all these places dropping bombs are coalition forces led by the United States. Despite their incredible momentum, the Islamic State has captured all the low hanging fruit and new territory is becoming a lot harder to capture.

U.S. ground forces really might not have to get involved in this. If local forces are able to contain the Islamic State and then winnow them down over time then this will be seen as a foreign policy victory for President Obama. As long as U.S. troops stick to training then it’s true, history won’t see these 1,500 additional troops as an escalation.

FYI: President Obama Is About To Ask Congress For Permission To Go To War