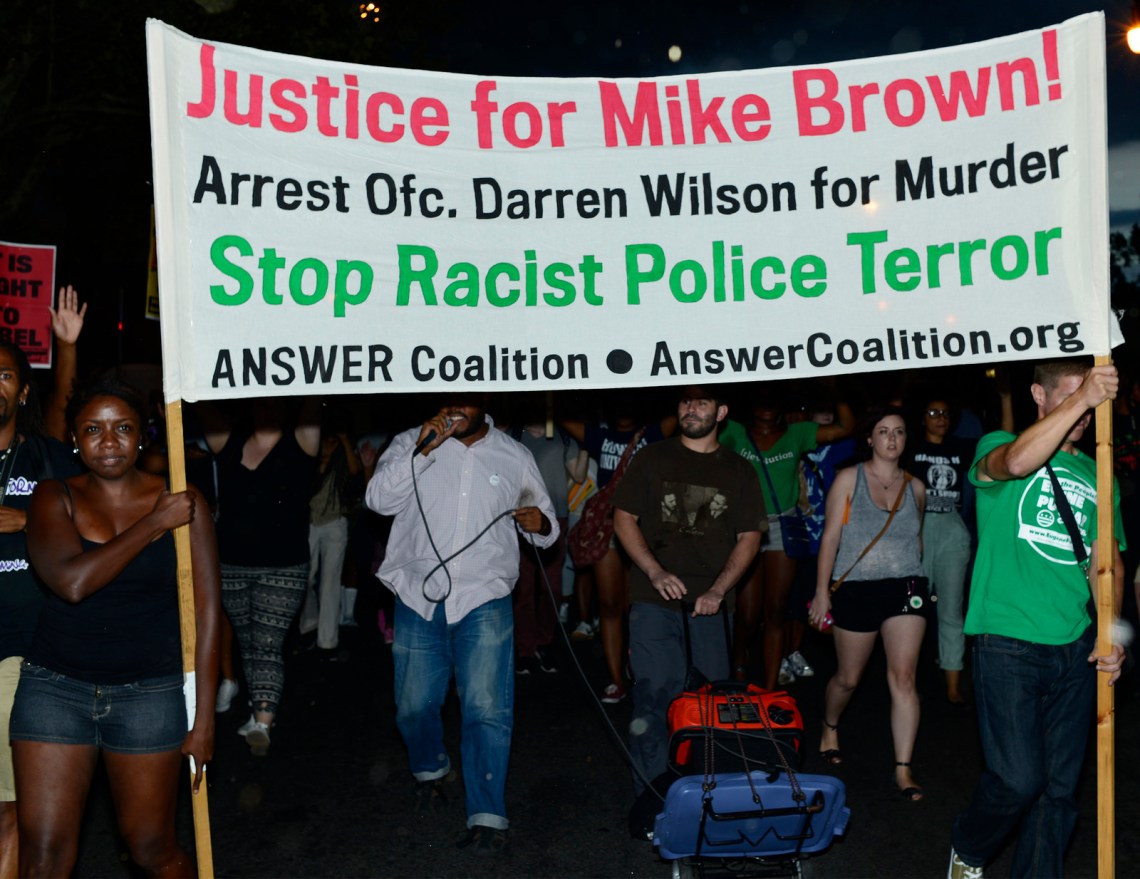 The St. Louis Post-Dispatch came into possession of both Mike Brown’s autopsy and his toxicology report today and published their own article on them which includes the analysis of two examiners not affiliated with the investigation of Brown’s death. I’m also posting just the findings, below, broken down into those two separate categories. I’ll also post what Officer Darren Wilson claimed occurred on that day. The autopsy itself was performed by the County Medical Examiner. This is the second autopsy of Brown. The first was conducted by a private examiner also unaffiliated with any investigation.

Christine D. Byers attained the full autopsy report which can be seen below .

A source with knowledge of Wilson’s statements said the officer had told investigators that Brown had struggled for Wilson’s pistol inside a police SUV and that Wilson had fired the gun twice, hitting Brown once in the hand. Later, Wilson fired additional shots that killed Brown and ignited a national controversy.

Foreign matter “consistent with products that are discharged from the barrel of a firearm” was found on Mike Brown’sthumb around a bullet entry wound indicating that the wound was created by a bullet fired from close range. Mike Brown’s blood was also found to be on Officer Wilson’s gun which supports the idea that the shot was fired from close range.

Dr. Judy Melinek, a forensic pathologist in San Francisco, said the autopsy “supports the fact that this guy is reaching for the gun, if he has gunpowder particulate material in the wound.” She added, “If he has his hand near the gun when it goes off, he’s going for the officer’s gun.”

The two experts indicated that there is no evidence Brown was shot while either running away or with his hands in the air.

Brown was facing Wilson when Brown took a shot to the forehead, two shots to the chest and a shot to the upper right arm. The wound to the top of Brown’s head would indicate he was falling forward or in a lunging position toward the shooter; the shot was instantly fatal.

A sixth shot that hit the forearm traveled from the back of the arm to the inner arm, which means Brown’s palms could not have been facing Wilson, as some witnesses have said, Melinek said. That trajectory shows Brown probably was not taking a standard surrender position with arms above the shoulders and palms out when he was hit, she said.

Brown’s skin and blood were found both in Officer Wilson’s car and on the outside of it.

The official autopsy also confirmed that tissue from Brown was found on the exterior of the driver’s side of Wilson’s vehicle.

“Someone got an injury that tore off skin and left it on the car,” Graham said. “That fits with everything else that came out. There’s blood in the car, now skin on the car, that shows something happened right there.”

THC was found in Mike Brown’s bloodstream but the examiner’s were unable to tell if the levels were such that Brown was impaired or not.

“The detection of THC in the postmortem blood of Michael Brown really indicates his recent use of marijuana (within a few hours) and that he may or may not have been impaired at the time of his death.”

There was also a third, Federal, autopsy however the results of that examination have yet to be released.

Justice For Sale: Rebellious Action In A Corrupt Time (Part 5)