Most spiders are harmless. Most have no interest in you and couldn’t defend themselves if they wanted to

According to KMOV out of St. Louis, the spiders that invaded this Missouri home are not “most spiders.” They are the infamous Brown Recluse spider, the one North American spider that I want no part of, ever, because of their tendency to seek out dark nooks and crannies which can sometimes mean bedding.

The owners of the home, which went into foreclosure, apparently lived in the house for a time not knowing they had a spider infestation which is creepy considering they were completely surrounded. They’re suing the previous owners for non-disclosure of the problem to the tune of $100,000 in legal fees. The gassing of the spiders, which is required to make sure they’re all dead, will cost around $14,000. It also requires the entire house to be ‘tented’. 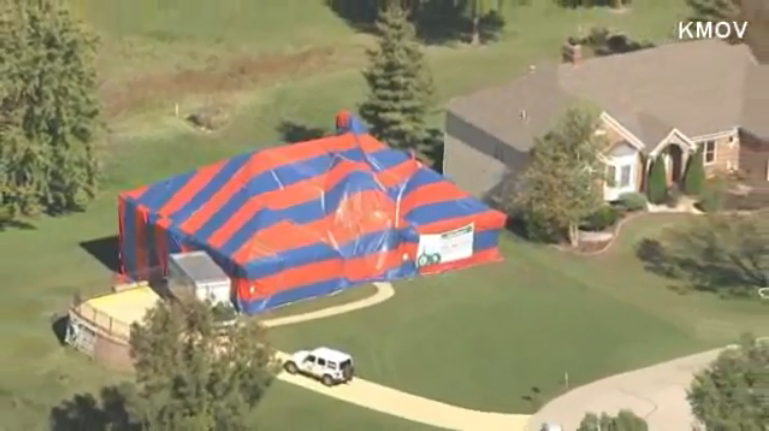 The poison Recluses inject can cause massive tissue damage depending on the size of the bite and it can take months to heal. Here’s some pictures of Brown Recluse bites. Brace yourself. You have been warned.

Don’t Forget To Inspect Your Anus For Brown Recluse Spiders

33 Ways To Kill A Spider