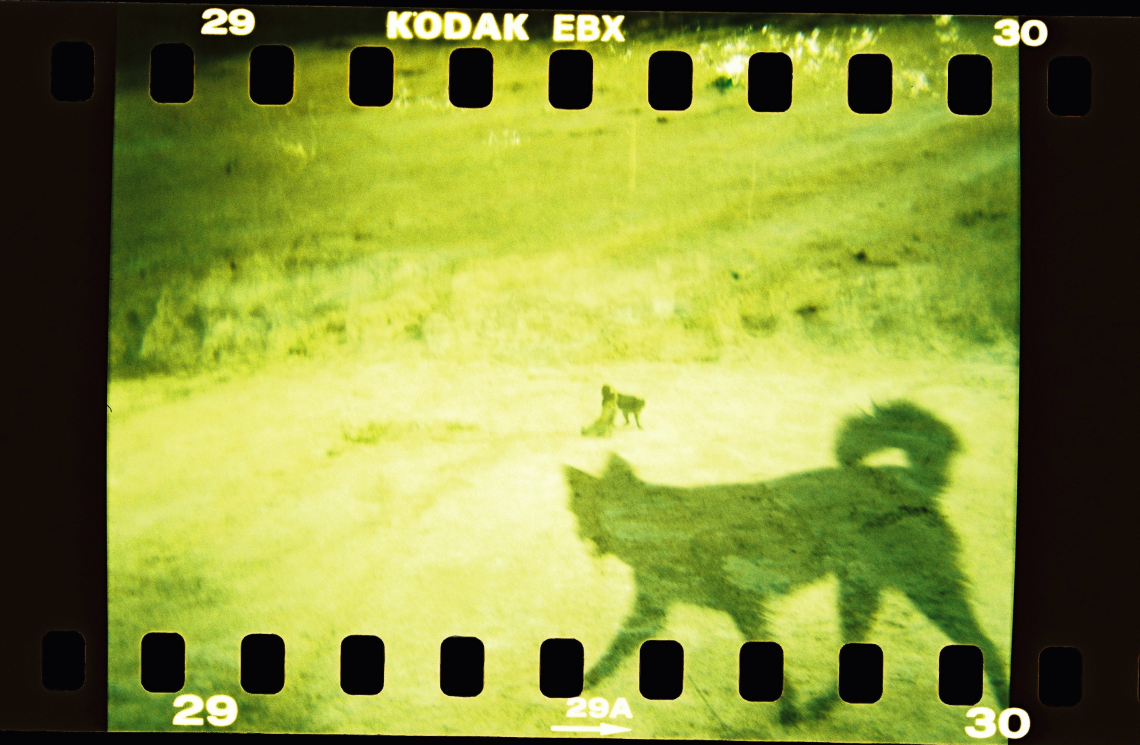 A black dog is the name given to a being found primarily in the folklores of the British Isle, often said to be associated with the Devil or a Hellhound. Its appearance was regarded as a portent of death. It is generally supposed to be larger than a normal dog, and often has large, glowing eyes. It is often associated with electrical storms (such as Black Shuck’s appearance at Bungay, Suffolk), and also with crossroads, places of execution and ancient pathways. Throughout European mythology, dogs have been associated with death. Examples of this are the Garmr and Cerberus, who were in some way guardians of the underworld.

Black dogs are almost universally regarded as malevolent, and a few (such as the Barghest) are said to be directly harmful. Some, however, like the Gurt Dog in Somerset and the Black Dog of the Hanging Hills in Connecticut, are said to behave benevolently. Black Dogs have been reported from almost all the counties of England, the exceptions being Middlesex and Rutland. They’ve also been seen in Scotland, Channel Islands and the Isle of Man, Wales, Cornwall, Ireland, Germany, Belgium, and several North and South American Countries.

In appearance the phantoms vary from region to region, but it is not uncommon for them to be described as calf sized, with saucer eyes and a shaggy coat. Phantom dogs are not always black however, the one that is supposed to haunt the area around Cawthorpe and Haugham in Lincolnshire, is described as white, but still has saucer eyes and is as big as calf. The Cu Sith, the traditional fairy dog of Scotland is dark green in colour, with a shaggy tail up its back. Black dogs are more often than not associated with a specific location such as an old trackway or lane, this is sometimes reflected in the name of the routeway, although not every ‘Black Dog Lane’ has a tradition of the haunting.

Black dogs are also seen as guardians of treasure, especially in Scotland. A black dog was said to guard treasure buried under a standing stone near Murthley in Perthshire, here we have an account of a black dog at an ancient site and as a guardian of treasure. Another belief is that there are ghostly black dogs, the size of large retrievers, about the fields at night, that these dogs are generally near gates and stiles, and are of such a forbidding aspect that no one dare venture to pass them, and that it means death to shout at them.

Different Names for the Dog

Bargheust (Yorkshire and the North)

There is little in the way of what to do if one sees a black dog, as generally nothing really can be done. By the time you’ve seen one, it’s supposedly already too late. Ways of warding off Black Dogs are also vague and nondescript. In Christian countries, simply wearing a cross or the picture of a saint is enough to keep the dog at bay. Other superstitions including carrying a coffin nail, sprinkling fresh water on the ground behind you as you walk, or having a pair of scissors (preferably iron) on your person. Also, avoid crossroads, moving bodies of water (like rivers and streams), and stay away from woods or long stretches of field.

I Quit Teaching Because Of This Terrifying Incident. I’ve Never Told Anyone About It Until Now. (Part II)

How To Be As Happy As Your Dog