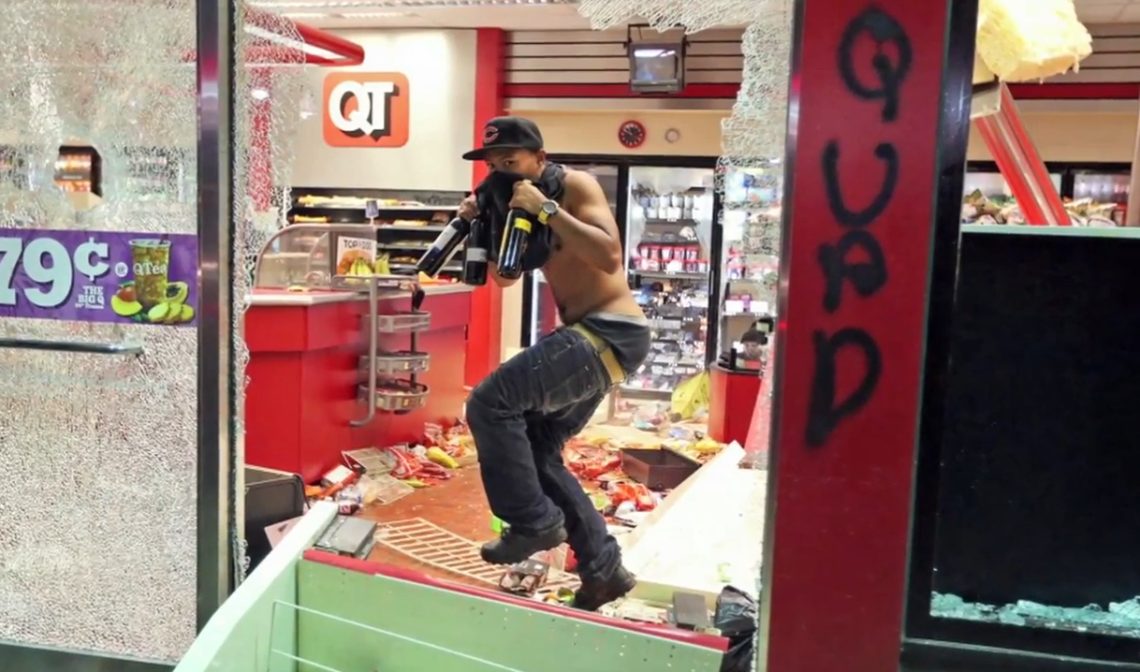 With all the trouble in Ferguson, Missouri after Mike Brown was shot, the world’s been exposed to two types of images. Some people on the internet and on the news seem to be confused by the two types of images because the people in the images are all the same color. Let’s take a look.

Looter inside Quick Trip which is now on fire. pic.twitter.com/cfrfazTey6

Photo of looter running out window of Hibbett Sports with Police officer still in store pic.twitter.com/7kOXHRAroE

That Looted QuickTrip Is an Emblem of St. Louis's Racial Inequality http://t.co/KCio1ppOxk pic.twitter.com/TwrlhXZh3T

So, that’s one type of image, ugly stuff. Here’s the other type.

So what’s the best way to tell the difference when the people are all the same color? Well, thankfully, this is a conundrum that we all solve every day, look at what they’re doing.

You see, looters loot and protesters protest. One is illegal and one is a right that my ancestors, and probably yours, died to defend.

It’s true that sometimes protesters loot but then, because they looted, they become looters and cease to be protesters. This isn’t a difficult thing, discerning the difference. It only becomes difficult when we don’t allow people’s actions to define them and instead pre-judge.