Let’s be straight out honest: Success is a contagious disease. By the way, it starts out as a sexually transmitted disease. If you want to have sex with pretty girls or pretty boys then you need to at least convince yourself you’re successful in some way. This builds confidence and libido, which leads to more sexual encounters, which in turn increases the desire for more sexual encounters, so you need more success.

And when I say it’s a contagious, sexually transmitted disease – just to remove all doubt – I don’t mean this in a good way. It’s not like the pseudo self-help blogging advice you see everywhere: “if you hang out with successful people then you will be successful.” I mean it in a negative way. That the negative effects of success will grow, tumor-like in your brain and body and you’ll pass them on to the people around you, the people closest to you. Even your children. And they will be stuck with the disease. And probably die of it. Since in most cases, its terminal. 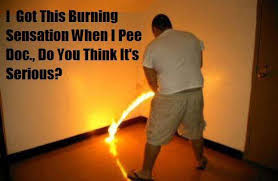 It’s a sickness, doctors don’t diagnose it, psychotherapists deny it, and your children and lovers and friends and colleagues won’t understand what it is you inflicted them with. And its like AIDS – i.e. two people with AIDS still can’’t have sex with each other. It only makes the AIDS in both of them worse. Everyone dies faster.

Here’s symptoms of the disease. And these symptoms are unavoidable. Everyone I know who has been afflicted with success has felt these and might still be feeling these:

A) Mental and/or physical pain. Along the path to success one will inevitably encounter much failure. Pete Sampras doesn’t win every tennis game. There’s much loss and suffering. Some of the suffering is headaches, lack of focus (you can only focus on the objects of your success but it’s hard to focus on other things that might be just as important – like taking out the garbage, or taking a walk by the river).

Physical pain is obvious. If you are building a business, for example, you won’t sleep. And your body begins to break down. You gain weight. Your stomach hurts. I know executives climbing up the corporate ladder who gain weight every time politics rears its ugly head. And politics is an inevitability of all corporate success.You need to backstab or be backstabbed. That backstabbing is real. If its not a physical knife, it’s a mental knife. Either way it destroys your body. There’s so many ways pain is caused by success. What if you are sued? What if people are jealous of you and attack you in some way (could be mental, not necessarily physical). Can anyone who is successful tell me they haven’t felt extreme mental and/or physical pain at some point?

B) Sadness. You’re not always going to win. Sometimes the pretty girl will dump you. Sometimes you lose the chess tournament. Sometimes the business fails. Sometimes the investment was a scam. Sometimes you get fired or your job is made so miserable that you are forced to quit. Then you’re sad. You failed. Now you’re sad. You’re dejected. You’re down and out. Now you look around and you realize you’re on the floor and nobody wants to extend a hand to pick you up and once again, you’re going to have to start all over again and make it happen and you know how hard it was that first time, second time, third time, and now here we are, the eighth time, and you have to do it again. Bullshit. That’s sadness.

C) Anxiety. Where is she tonight? How am I going to make payroll? Or, I got the message from my boss on a Friday afternoon and I have to wait all weekend to find out the “something serious I have to tell you”. Or, “will they buy my company, invest in my company, buy my product?” Anxiety is a terrible, terrible consequence of the success illness. Before I ever attempted any degree of success I had no anxiety. I didn’t care. What a blessing that was. Unfortunately it only lasts for a few minutes. Because Success is part of the American religion also. You have to have it. Or else you can’t have sex with anyone. You won’t have kids. You won’t have money. You won’t be able to watch movies whenever you want. So the anxiety hits again. My stomach still hurts from all the anxiety wracked up from years of striving for success that was pockmarked with shingles of failure.

I know for myself, whenever I get “X”, though, then I want “Y”. You get Money, Now Sex. You get Sex, now Love. You get Love, but you lost Money, now I need Money again. And now I need more Money. The stakes get higher. Success is a terminal disease and it only gets worse. And so on. Not a vicious cycle. Why does every cycle have to be “vicious” or “virtuous”? I feel like those two words are media inventions. It’s just the cycle of success. Cycles are symptoms of this disease. Not natural.

4. Forgetting who you were. You become friends with the people who will bring you closer to success. You become boring. You go to the parties and make chit-chat with the people who will bring you closer to the dream. You pretend to like the right people. You fake hating the wrong people. You eventually forget who you hate and who you like. Weren’t they always hateful. It’s a distant memory. You’re now in the mental ward of people afflicted with the disease. You start high-fiving people you hate. You forget what you used to like. What used to give you the most pleasure. You smile because you read a study that people like smiling people. You shake hands firmly. You spend hours listening to people sell you something because that’s part of the dance also. To be a success you need to at least pay homage to the adventures in success and excess of others.

I went out with someone once who would cry at the end of every night. She had been married to someone who was fabulously wealthy and then she was divorced from him. “You’re never going to be able to take me out on that yacht in the Mediterranean,” she would say to me. She’d be curled in the fetal position, my mattress the only piece of furniture in my apartment so we’d both be lying on it.

“That sounds so boring to me, though,” I said, “why would you even want that?”

And she would cry more. Pull back the camera. We were in a room on 15 Broad Street, right across from the New York Stock Exchange. Pull back some more. New York City, big city of dreams. Pull back more. The frontier. The pursuit of happiness. Pull back more. We destroyed the Neanderthals. They didn’t stand a chance. Success!

One more time, pull back. I was about five years old. I was with my dad. We had one of those rockets that are fueled by water. Everyone in the neighborhood gathered around. “Stand back,” my dad (RIP) said. And the rocket took off. It must’ve gone one hundred feet in the air. Everyone couldn’t believe that it had actually worked. For a moment, we all tasted success. And never forgot how good it felt.