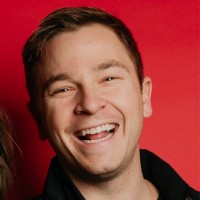 I was sitting surreptitiously at a friend’s rehearsal dinner when the toasts started.

The cousin of the bride kicked it off by getting up and saying a few generalities. Expected. The ceremonial icebreaker. Next up was a close friend of the groom gripping what may or may not have been the seventh beer he’d consumed that evening. Judging on the quantity of slightly slurred words, I’d guess he was somewhere north of seven.

A few more people stood up, some sharing funny stories, quaint memories, encouraging words. And then the best friend of the bride stood up and raised her glass. She gently cleared her throat and then started speaking specifically to the groom. That got my attention.

She celebrated a few of his better qualities and expressed her thankfulness for how he pursued her friend and his future bride throughout the years. She concluded her short toast by saying,

“You’re the kind of guy I’d want my best friend to marry.”

I quickly and discretely pulled out my phone and jotted down that line. I liked that idea.

Later, I continued to mull over that phrase and I started to ask myself, “what are the characteristics I’d want for the partner that my best friend would go on to marry?”

After consideration, I came up with a list of ideal characteristics in a partner you’d want your best friend to marry.

Complimentary but not a suck-up

You want your best friend’s partner to be kind but not someone who makes you feel like a high school calculus teacher being approached by someone in the national honors society.

None of that lactose intolerant stuff. Ya, it’s real, but come on, you want someone who can enjoy a good extra-cheese deep-dish Chicago-style pizza, but who also is respectful of the buyer’s slice.

A good hang but not clingy

As Lin-Manuel Miranda says in his musical Hamilton, “Before he was your friend he was mine.”

No, I don’t really want to hear about the WOD, the box, your PR, or the delightful cheat meal you ate last week because you’re the kind of person who eats cheat meals. It’s not that I’m not interested. It’s just that I don’t like to feel even more insecure that I had to look up what WOD stood for and that every meal I eat is a cheat meal. It’s me, not you.

If your best friend’s partner suddenly takes over the title of group comedian, watch out. You better get really good at fake laughing because you’re not going to be the person who tells your best friend his partner isn’t funny.

We’ve all got a fact-checker in our friend group — the person who is more friendly with Google than they are with their family’s golden doodle. It’s never a good feeling to be called out on a false claim, so who cares what Wikipedia says, you don’t want your best friend’s partner acting like your personal spell-check.

Nerdy but not odd

Nerds are secretly cool. At the end of the day, a nerd is just a really good fan of whatever they are passionate about. But when being a fan tips into being odd, that’s where you start to move towards the deep end of the pool.

Environmentally friendly but not packing a reusable, collapsable metal straw in their backpack

Recycling is worth it. Bringing your own metal straw everywhere you go is not.

Similar taste in music with a secret radar for good songs

The #1 perk of having your best friend dating someone awesome? Good playlists. They’ve got to be able to jam without killing the vibe. The best question to ask when judging the quality of your friend’s partner is “Would you trust that person with the phone charger on a cross-country road trip?

Adventurous but not into extreme sports

No thank you, I don’t want to tie a harness around my waist and fall off of a high bridge. I just so happen to want to live past 28.

Sassy but not spiteful

A little fire is good. A little Enneagram 8, a little challenge and push back? Bring it on. But no one wants to be friends with Dolores Umbridge so tone it down Peter.

Emotionally intelligent but not super dramatic

You don’t want your best friend to date a gargoyle; someone with a hard-heart and a hard exterior. But you also don’t really want your best friend’s partner to be running around saying that their world is “literally falling apart.” It’s the difference between using a few kleenexes and using the whole box.

Influential but not actively trying to be an influencer

Trying to become an influencer is tough work. I know that last sentence sounds like the opening line to a joke, but have you ever been friends with someone who is trying to become insta-famous? It’s non-stop. You don’t want to only ever talk about comments, likes, retweets, and other seemingly insignificant online expressions. But at the same time, it’s nice to have a friend who has some connections and can maybe score you backstage tickets to the J.T. concert coming to town.

When people say that they just want their best friend to be happy, they are usually lying*. Very few people are that selfless. What they really mean to say is, “I hope you find someone who is awesome and that you love, but who also doesn’t make my life miserable and who doesn’t completely ruin our friendship.”

If your best friend starts dating someone, it’s your job to be there and to be involved. If you don’t speak up, you can’t be upset if you’re sitting at the rehearsal dinner and your turn comes to give a toast, and you realize you’re about to lose a best friend.

*The majority of this article is meant to be satirical.

This article is brought to you by PS I Love You. Relationships Now.