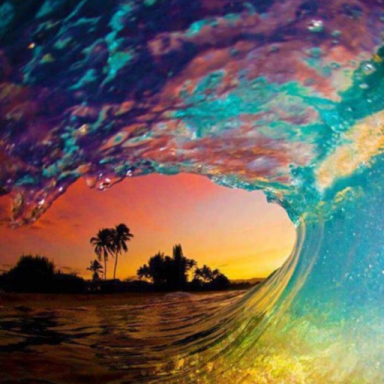 Everyone has heard about Star Wars, including my two year old niece. Majority of the world has seen the movies. However, despite being a fan, not much people know how George Lucas came up with the whole concept of the internationally loved and famous series. Here are some fun facts that explain the mastermind behind the movies:

1. “Stormtroopers” were nicknames for Nazis. Hence, the behavior and the way they walk in the Star Wars movies.

2. The costume for Stormtroopers is based on the Old Republicans uniforms. This is why Darth Vader is in all black, but the Stormtroopers are in all white.

3. “Ewok” is Hawaii slang for “Easy Women Of Kailua”. Don’t believe me? Just look it up on urbandictionary.com.

4. Lightsabers were actually created by the Dark Side and were illegal to use during the Empire.

5. Ben Burtt was the mastermind behind the sound of lightsabers made. He used the hum of an old projector from USC, where he was a professor.

6. Darth Vader was played by TWO people. The first was Brock Peters. The one we all know and love is played by James Earl Jones. George Lucas made the change when he heard Jones’ voice, which was much scarier than any other actors who wanted to play Darth Vader.

7. “Empire” was originally supposed to be based on the wookiee homeworld, but George Lucas wanted something more primitive to beat the Empire’s troops, thus, giving birth to Ewoks.

8. If you noticed, in the movies, Ewoks are NEVER called “Ewoks”. They are, however, mentioned in the credits.

9. In 2013, a group of scientists from Harvard and Massachusetts Institute of Technology accidentally created a real-life version of a lightsaber. To put it simply, the scientists combined photons into hardened molecules, which can cut off any body part, just like a lightsaber.

10. Depending on which movie you watch, Yoda has a different number of toes. In some movies, he has only three, whilst in others, he has four.

11. David Prowse, the actor who plays the FORM (not voice) is banned from Star Wars conventions because George Lucas cannot stand him.

12. The TIE fighter engine noise is a combination of an elephant bellow and a car driving on wet pavement.

13. In EVERY single movie, the sentence, “I have a bad feeling about this” is uttered.

14. Chewbacca’s voice is a combination of sounds of animals dying.

15. The infamous late rapper, Tupac Shakur, auditioned for the role of Mace Windu.

16. Yoda’s facial features were based off of Albert Einstein’s face.

17. Not a SINGLE movie gives a hint, clue, or ANY information as to what species Yoda is – it is a mystery.

18. The reason it took so long to rescue Hans Solo was because Luke Skywalker needed more training in order to defeat Darth Vader.

19. There is NOT a SINGLE female fighter pilot in ANY of the movies.

20. The only characters that are in EVERY single movie are C3PO and R2D2.

The Lasting Appeal Of Star Wars