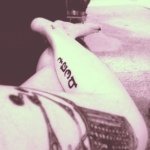 I hadn’t been in Puerto Rico for more than 5 hours when I found out via Instagram you were cheating on me. Or were you cheating on Emily? She was there first, so I guess you cheated on her.

I used to pretend, late at night, driving home from working as a cashier in a grocery store, that Bob Dylan was my boyfriend. I’d listen to his songs and create scenarios on the 11.2 miles of back country roads where I could be his muse. That we’d drink wine together in the late nights of summer. That I’d write poetry on the porch while he’d walk the perimeter of our quaint country house with a guitar strapped to his back. That he wouldn’t leave me or make me cry because I was enough.

You’re drunk. Sunday Funday. You pass out in my bed. Your phone on my coffee table. It lights up every few seconds while I try to think of ways to convince my friends to forgive me for going back to you. I know your passcode. To be transparent, to earn my trust, to promise me you’d never cheat again, you gave it to me. Name after name of girls. One though sticks out because you were texting her while we watched a football game together just hours earlier. My hand was on your thigh.

You wanted to meet up. You were lonely.

The prism is stretched now. The color bled out. The lines shaky and rippled. The tribute turned to tributary. Who am I kidding? Tributaries. Motherhood will do that to a body. A stomach. A tattoo. When the tattooist rested his wrist on my hip bone, needle in hand, he asked if I realized one day it would stretch if I had kids. I laughed. I wasn’t going to have children.

“Comfortably Numb” is on the list twice. The Pink Floyd version and another by Dar Williams.

Also, to note, “Don’t Think Twice, It’s All Right,” appears in this playlist too.

Maribeth and I became friends over text. She told me you were also seeing her when we started dating. I updated “Recovering,” with Mother Love Bone’s “Crown of Thorns.”

The day before I leave for Ireland you tell me you tried to sleep with someone else. They messaged your phone on accident. You began texting. Sight unseen, you invite her to your house to sleep with her. It wasn’t a stranger. It was someone you knew sabotaging you or maybe loving me more.

A few weeks after my father died, my mother and I were driving to the store together. She told me she was sad still, but her friend told her once that to figure out how long it’d take to get over someone, we have to count how much time we’ve loved them and then cut that amount in half.

I wonder if that’s why my playlist got shorter?

I wonder if that’s why “All About that Bass” is on it? Did I stop loving you then? Maybe I did mean it?

You’ve done nothing wrong. I miss my friends. I miss my family. No one knows except for one or two people who have seen us that we are seeing each other again.

“It’s been like a year,” I say to convince myself as much as my sister when I tell her we’re back together.

Two days before your birthday, I break up with you. Out of the blue. It feels really good. Like I can breathe. Like I learned how to do it.

“In My Feelings” is the first and the last song on the playlist. Sometimes, when I’m driving in my car, I will go to this playlist and play this song on repeat. It makes me not miss anyone.

We have been together for months. I tell you that lately you’ve not made me feel very sexy. I ask for you to try harder. You come to bed hours after I do. You haven’t complimented me in weeks. Bu you tell me you want to move in together. You tell me you’ve never been in love before, but you are now. You say you’ll try harder.

My cousin sends a screenshot of you on OkCupid.

You say you never met any of them in person. You just text. No big deal.

Sometimes on the way to pick up my daughter after school I stop at the cemetery. I stand at his grave and I say the normal things. The bullshit things. The coping things. The top part of the heart things.

But there is a turning point. Every time. A moment where I can’t stand any more. When I need to lay down. Like a child. A little girl missing the father that held her, kept her safe, promised to shoot any jerk that broke her heart, that told her things like how beautiful she was, how smart she was, how good she was, how to survive without him forever.

I cried when Dolores O’Riordan died.

Since then The Cranberries “When You’re Gone” has been on every playlist.

In heartache and happiness, no big deal.

I used to be afraid of the car wash.