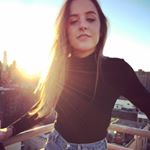 Probably the most fascinating thing about modern television and film is how serial killers and stalkers are somehow sexy. I’ll be honest, I am guilty of it. In some sick perverted way, there is something attractive about these predators represented in You, The Ted Bundy Tapes, SVU, and of course Twilight.

Now with Twilight, it’s a more socially acceptable attraction to Edward Cullen because it’s fantasy genre and it’s not stalking if he can just read people’s minds. I get it, we can accept this because it is far from reality, but there is an element to this story that becomes ingrained in young girl’s minds. I was 16 when Twilight came out and shamefully I’ll admit, I was obsessed. What’s hotter than a creepy Robert Pattinson stalking you and fighting guys in an alley and protecting you from other vampires? Sign me up.

But how does this whole concept translate into today’s society?

We are in a world where woman are vocal about their sexual harassment and we are actively fighting for women to be more independent, strong, and also encouraging young men to grow up to respect women, treat them as equals, not as damsels in distress. It is a tough juxtapose because we don’t want women to be attacked, but we also what to fight for ourselves.

I saw Bella as a weak, pale little feather that could barely fight off a squirrel, and Edward came in and whisked her away to the top of a redwood tree. This coincides with fairy tales girls grow up loving. It’s hard not to love someone that vows to protect you and always has their eyes on you. This was kind of beat into us girls as the dream scenario.

So this is why we get all sexually confused when we see a show like You because, first off, Penn Badgley is adorable. They did intentionally choose someone attractive to play a scary character. And throughout the whole show, (spoiler alert) he feels he is protecting Beck. He is delusional, but soon enough they do start dating so he’s not completely off, and then she does like him, and then they actually have a relationship. They have hot sex and he spends time with her friends and yes he does kill an ex-lover of hers, but the show presents this weird issue where you start to be less sympathetic to Beck and you start rooting for Joe. Joe is a confidant to the boy in his building, Joe encourages Beck to focus on her writing, so Joe can’t be all that bad. This is a huge conflict for viewers because what kind of psychopath sides with the psychopath!

Yes, film and television are an escape and we shouldn’t take these fictional stories as a way we view the real world, but it does expose something weird about the female psyche.

Women are fighting for our lives in 2019 and coming out on top, yet we enjoy watching shows about the Special Victims Unit and reliving the serial killer who targeted women in the 1970s. The possible psychological reasons could be we do enjoy watching to get us revved up and destroy these men, or we have a sex and death complex aka death is the ultimate orgasm. Both extreme, but underlying fantasies.

What I believe is the take away with all of these trending shows is we cannot believe, as women, that we are going to make any progress while glorifying these atrocious men. Girls need to grow up seeing strong women represented in the media, fighting for themselves, being smart, quick-witted, and seeing predators not as attractive, but menacing and disgusting. Especially through the stalker mentality, it can get confused with being romantic. Young girls need to see the difference between a person messaging them on Instagram asking them on a date to a stranger seeing their tagged location on Instagram and coming to that spot to find them. You should be seen a warning to all young social media users that you can open the door to a stalker, and you do need to see the red flags that indicate a stalker rather than a romantic.

At the end of You we do see that Beck realizes what has happened and she does see Joe as menacing and disgusting, and in SVU episodes there usually is justice, but all in all, we cannot allow the Twilight’s and the 50 Shades of Grey’s to encourage these demeaning fantasies. No one should admire a story that depicts someone being fragile and in need of a savior, we should admire individuals with strength, passion, and independence that find romance on their own terms.