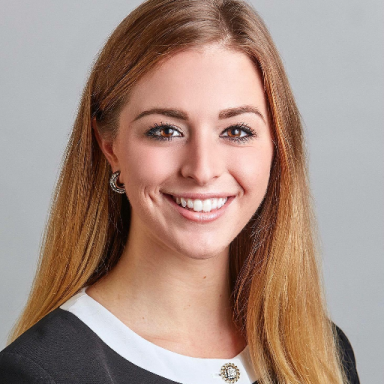 “When you say you love me, that make me crazy. Here we go again.”

Ouch! Anne-Marie and Marshmello know how to rip the bandaid off the wound without even a warning. But when that person is just not getting the hint, you kind of have to. This is that ‘Friendzone Anthem’ we’re all going to remember, and probably hum when that person is near us and will not go away. Check out the official music video below, or download the song on Spotify / Apple iTunes Music so you can vibe along with these killer lyrics and catchy tune.

“You’d say I’m sorry believe me I love you, but not in that way.”

“And I hate to say I love you when it’s so hard for me. When you make it so clear you don’t want me.”

So we all know Sam Smith at this point. He’s an incredible talent and is definitely not afraid to put his heart out there. Unfortunately, it appears Sam Smith was friendzoned by the looks of this song, but now he gave all his fans two gifts: a song they can either cope with as the victim of being friendzoned, or a song that subtly tells that fly-in-your-face friend to take a hike. Either way, Sam gave us options, so we can definitely thank him for that. Check out the song below, or download the song on Spotify / Apple iTunes Music.

“Are you walking in your sleep again. Are you ok? I saw you called a hundred times again, are you insane?”

“How can you ask for my all when we were nothing? I told you before, I don’t know what else to do. Don’t know where you got the idea that we were something.”

“Honey, you’re not the one, give it up. Say it’s wrong, but I’ve had enough. I don’t care where you go, good luck! Been wasting all your time, no need to say goodbye.”

If you haven’t heard this song or saw the hysterical music video yet, I have no clue what you’re waiting for. Nick Tangorra gave us the best way to get any stage five clinger to back off, in a comical yet alarming way. Swear. Just send that person a direct message of this youtube link below, or playfully tell them to download the song on Spotify / Apple iTunes Music. They’ll finally catch your drift. And hopefully, stop stalking you too. We can honestly all thank Nick for giving us a fresh, catchy, and clever song that just about everyone can identify with.

“Let me break it down to the facts. You will never get a girl like that.”

“You thought you had it on lock, you were good to go. But there’s never three strikes in love, you know.”

Using sports as a way to tell someone they’ve struck out? Brilliant. Hats off to Danielle Bradbery for creating a song that we don’t have to send directly to that annoying person. Because now, our friends can do it for us! This song seems like the one you ask your friend to “accidentally” text that forever-just-a-friend person. And then both kind of just wait to see what happens. Almost like using tide-to-go on a shirt stain and hoping that’s just what was needed for it to finally come out. Check out this catchy country spin on being in the friendzone below, and download the song on Spotify and Apple iTunes Music.

“You think she’s so lovely. You want her so bad. But now she says you’re like the brother she’s never had.”

“You think she was flirting. She’s texting you back. But now she says that you’re reminding her of her dad.”

“You think she’s so lovely. You’re calling her babe. But now she says that she always thought you were gay.”

Welp! GOAT got friendzoned pretty bad, huh? But hey, this song is way too fun not to dance to. It almost makes the friendzone appear to be a happy place! If you’re one of those people that hates confrontation, this might be a nice way officially tell that person they’ve landed themselves a spot in the friendzone. Make it a joyous moment and celebrate it together. They honestly won’t know what hit them. Check out this earworm, the classic barbershop quartet in the link below, and download the song on Spotify and Apple iTunes Music.

30 Unspoken Rules Of Friendships When You’re In Your Twenties

If You Want To Know If You’re Compatible With A New Partner, Travel With Them