Campbell’s, ya know, the soup, recently released an advertisement that features two gay dads and their son. They got a great deal of pushback, including from this Facebook user who decided to condemn Campbell’s pushing a “homeosexual” agenda: 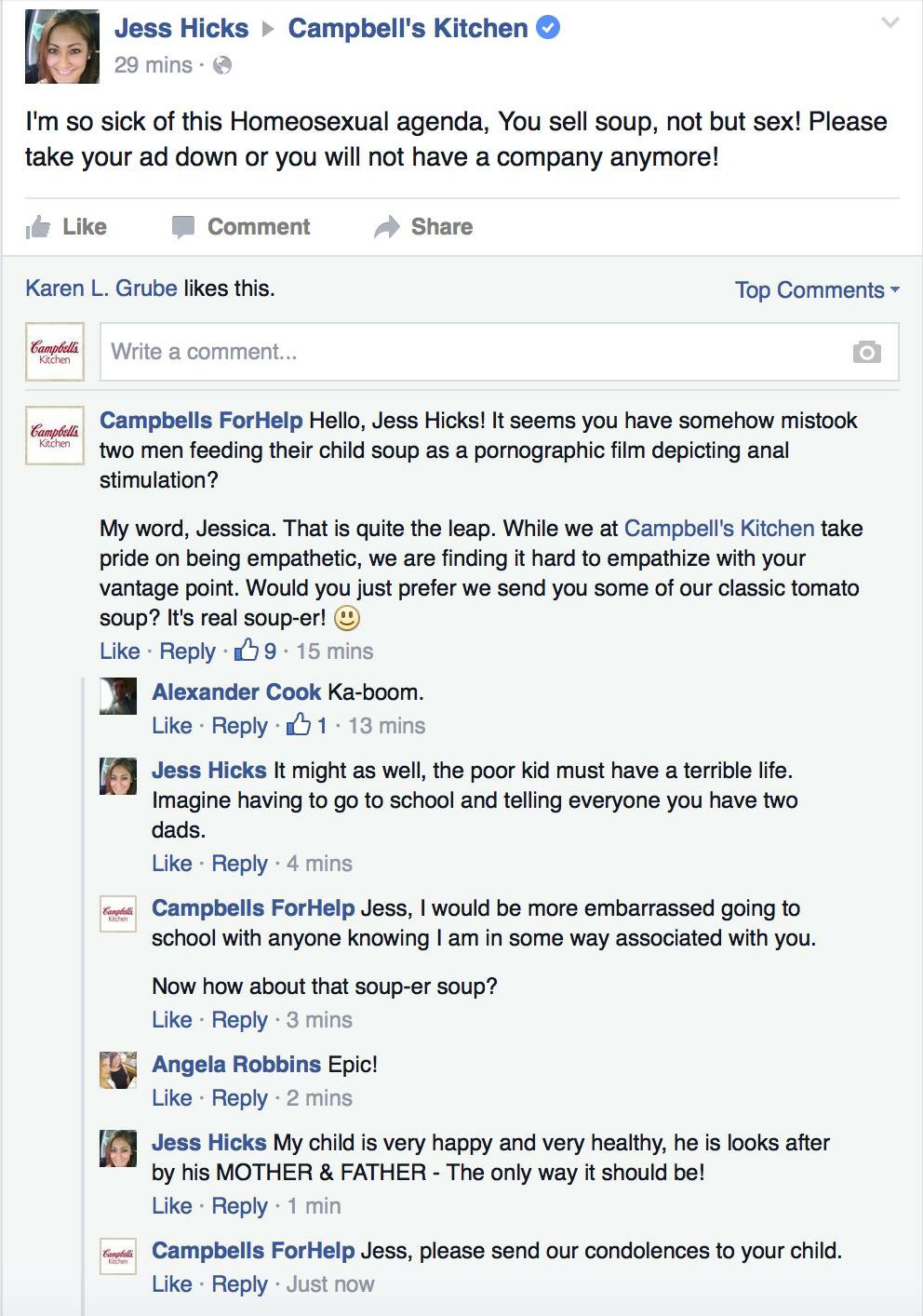 As epic as it would be, the witty retorts to “Jess” were not actually from the soup company, but rather, hilarious internet trolls posing as customer service agents. Either way, Jess should be more careful before handling hot soup — it’s too easy to get burned.