We all remember Robin Williams as a great actor, but he was also an inspirational role model. When his co-star, Lisa Jakub was kicked out of school because of her acting commitments in “Mrs. Doubtfire” Robin Williams jumped to her defense:

“I explained what had happened, and the next day, he handed me a letter that he wrote to my school. He explained that I was just trying to continue my education while pursuing my career. He wrote embarrassingly kind things about my character and my work, and requested that they reconsider and allow me to return to my classes,” Jakub said. 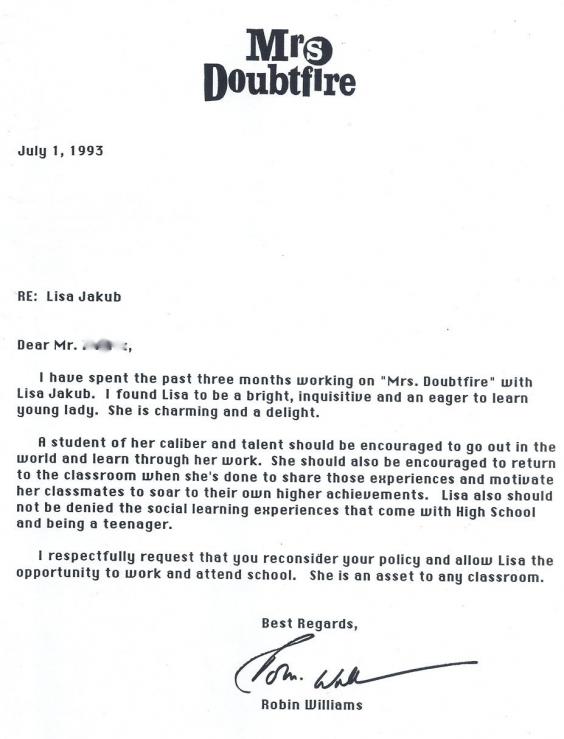 The school, ultimately, did not allow her to return, but that didn’t change how moving the gesture was to Jakub:

“Robin stood up for me. He was in my corner. I was only 14, but I had already seen that I was in an industry that was full of back-stabbing. And it was entirely clear that Robin had my back.”

This Is The One Formula To Find Your Passion In Life

Robin Williams: How He Kept My Laughter Alive

Why Are We So Scared To Talk About Robin Williams’ Death?