Planned Parenthood has been a hotly debated entity since a video surfaced that appeared to show high-level officials of the organization discussing the sale of fetal organs. While the tissue is only collected for medical research, and is only done with the full permission of the donating woman, the far-right has demanded the defunding of Planned Parenthood as a result of the clip.

There are many arguments on both sides of this issue, but there might be none quite as powerful as this one. Originally posted on tumblr, and shared on Imgur, this woman’s story about her mother will tug at your heartstrings 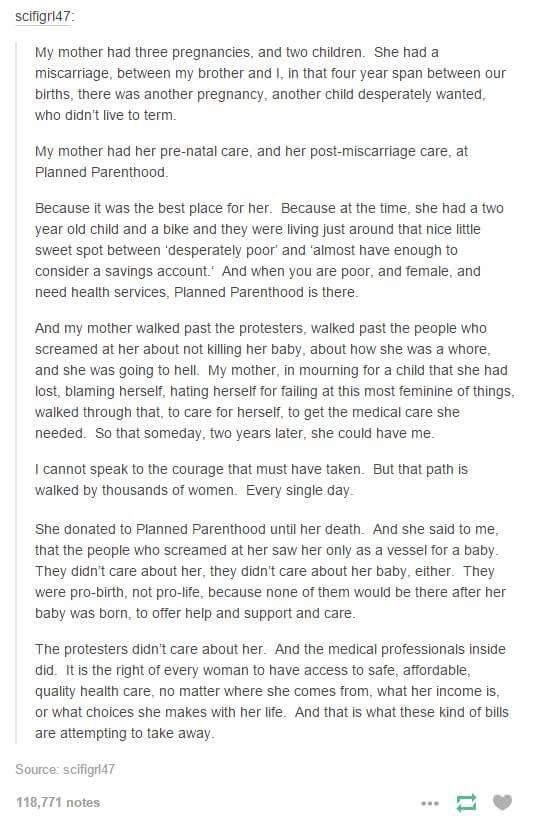 Planned Parenthood exists as a resource, because the world is better with more resources than less. Without it, many people would have to turn to lower qualities of care, or might not have access to any family planning resources at all. Removing safe spaces for abortions won’t reduce the frequency of abortions, it will reduce the number of safe abortions. And that’s even before we talk about the other various health issues that Planned Parenthood provides for.

Congress has recently vote to keep funding Planned Parenthood, and posts like the one above tell the powerful story of why they must continue to do so.

Planned Parenthood: Will You Die For Your Healthcare?

Planned Parenthood Saved Me And My Life

I Think I’m OK With Abortion