In the immediate aftermath of the Supreme Court ruling in Obergefell v. Hodges, fundamentalist Christians planned a rally to protest the new found marriage equality. #WeStandWithGod is that rally, and here are some tweets about it:

The Pro-Family Rally, while claiming to be about many issues, focuses its attention on gay marriage and the “moral degradation” in the country:

And many Republican politicians, including Rick Perry and Ted Cruz.

The event also tried to raise money on a GoFundMe, but they didn’t get very far…

"It's important for Washington to know we haven't given up the fight [on supporting the Biblical definition of marriage.]" #WeStandwithGod

(^ Let the record show that I am a Christian believer, and I am standing to say this thing is bullsh*t).

It can be very challenging to understand the mentality surrounding this event. How can one class of people be so adamantly against another class of people achieving civil rights? After all, nobody is forcing people to get “gay married.”

In truth, it all comes down to the perception of privilege, with privilege being the relative advantage of one group over another. Oftentimes, a class may not even notice its own privilege, because rarely do we think about our life advantages. Institutional privilege can last a lifetime, and it is frequently passed down from parents to children (race, socioeconomic status, etc). Unless challenged to think critically, we rarely recognize the inherent advantages we hold relative to others.

It all comes down to the perception of privilege, with privilege being the relative advantage of one group over another. 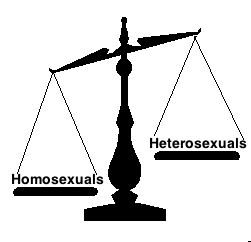 Then the ruling was issued that marriage could not be denied to a couple based on sexual orientations. That ruling has — or at least will, once the kinks are ironed out — place homosexual and heterosexual couples on equal footing in terms of marriage rights. 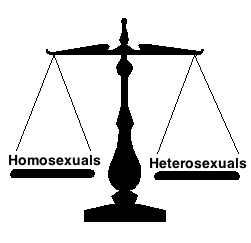 But it can be hard for the previously privileged to recognize a move like this as an amelioration, especially when many members of that class have a passionate opposition to it. The #WeStandWithGod movement now see themselves as an oppressed class because they lost their privilege. They are not oppressed, they are equal; but they struggle to see that, because in this transition they lost clout and the “other” group gained it.

Previously, we lived in a society where one faith tradition was able to press their religious beliefs about marriage into political policy.

The Pro-Family Movement doesn’t understand why they don’t have an inherent right to press their cultural values upon the nation, because they had that privilege previously. In reality, everyone should be able to worship how they wish, love who they want, and enjoy their lives with limited interference from others. But that wasn’t how things worked before. Previously, we lived in a society where one faith tradition was able to press their religious beliefs about marriage into political policy, and now we no longer do.

Since they can no longer do that, Christians within the #WeStandWithGod movement see themselves as newly minted oppressed peoples. But they are not oppressed, they are just joining the rest of us in taking one collective step toward having a nation where all persons are truly created equal.

Is It Just Me Or Is @GovMikeHuckabee Not Happy With The Supreme Court’s Decision On Gay Marriage?