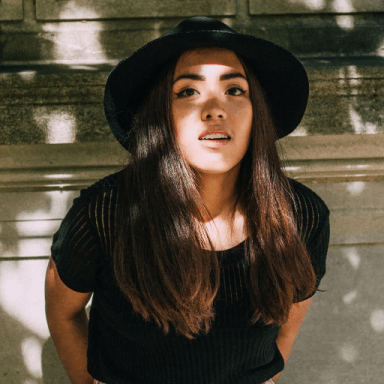 The world is messed up, but that doesn’t mean you need to be. With the chaos that’s going around in the world, it’s hard to feel like you’re not drowning. I wake up every day with a fear that something more catastrophic will happen to the world or to the human race. It gets to the point where you ask, “Have we suffered enough?” You get the feeling of defeat and exhaustion from the never-ending danger that threatens society and the human race’s betrayal on its own humanity. It is hard to know when to not give up on the world and yourself.

But everyone breaks and crumbles. Right now, everyone is carrying their own heavy weights from the chaos that is happening in society. And with such heaviness, you can only endure so much until you collapse under the weight. But this is okay. It is okay to grow weak. It is okay to get help. It is okay to seek out comfort. In this way, you can grow stronger. No one could have ever prepared for what would happen in 2020. So there shouldn’t be any condemnation for how a person deals with the trauma that is caused by our current reality. This is because everyone is entitled to feeling at peace.

The key is balance. It’s hard to live in these times. I sometimes can’t sleep at night because I feel guilty for being affected by my own problems. In comparison to the devastation and hardship happening around us, my suffering seems miniscule. But I’ve realized it’s okay to have your own demons. It’s okay to take the action you need to feel okay again. It’s okay to take time for yourself and to tune out the noise. Delete your social media. Reach out to friends and family. Take a walk. Eat a chocolate bar or spend hours perfecting your chocolate chip cookie recipe. Take necessary action for you to feel okay again. You deserve to feel okay. Just because the world is going through heavy trials doesn’t mean your own burdens have to be shoved under the rug. You are in control of your own peace, whether it be peace with yourself or with the world.

You deserve happiness as much as society deserves justice. Be there for yourself. And be there for the world.

a curious mind who has a love for adventure.