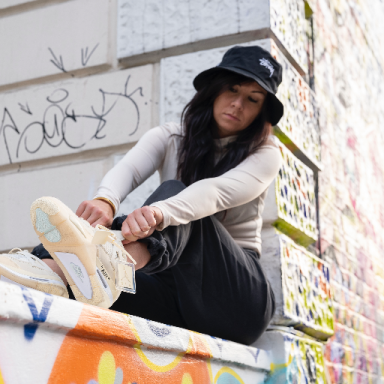 You took something from me, and I didn’t even realize it until I tried again. It was something I forced myself to forget when we parted ways, but as I went to open my heart, these painful memories came flooding back.

When you entered my life, I felt enthralled. It was instant, and as soon as I saw you, I had to know you. To see your smile in person was like coming up for fresh air, and those first few weeks were full of such promise, such hope; I felt as though I could have lived off of that excitement alone. That night we met and we sat on those stoops in the cold night air, I didn’t need anything else. When you took my hand, I felt a promise made between us—a connection that would lead to a lasting future and a chance for happiness that neither one of us would neglect. But I wish you would have kept your hands to yourself.

You saw how I felt and what I would have done for you, and that was just an advantage for you to gain from, a resource of affection you could feed off of when your confidence was running low, and once you were full you would become out of reach and act as though we had no connection at all. I was left stripped, my kindness pulled from my character, taking a piece from who I used to be. What was worse is you left me to believe there was something wrong with me, that I was the one asking too much.

Looking back and thinking of the impact you have had in my life and the damage I let you cause, I hate that I was so impressionable. I was young and I didn’t know any better because it was the first time I had fallen in love, and with the encounters I have had since, I now see a pattern that started with you. I lost my trust in people and became submissive, as I never felt good enough for those who came into my life.

I question if I would be different if we hadn’t met. I wonder if I would believe in myself or believe that others weren’t just a part of my life because they need something for themselves. Would I be different without your presence in my life? But most of all, I hope that wherever you are—and whoever you are with—you never do what you did to me to someone else, because once that trust and self-belief are gone, they’re almost impossible to get back.

Just an old soul in a digital world 🖤

Keep up with Ivory on Instagram, TikTok and ink-matter.com