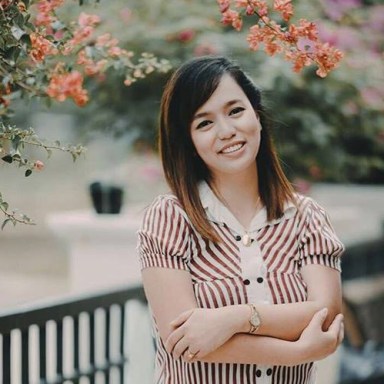 By Isis Grace Murillo Updated June 1, 2021
Etienne Boulanger via Unsplash
How to let him go and move on…

I know how hard it is to move on after a very painful breakup. Most especially when you just broke up with someone you’ve been with for a very long time.

I get it. You would still do anything to bring back the old times, but it’s not possible anymore. He’s in a new relationship and there you are, still trying to move on. But you can’t just move on that easily, so you message him occasionally, just to let him know you still care.

Don’t ever put yourself in a situation where you will look desperate. Don’t ever forget that if there’s one thing you need to focus on now, it’s yourself and nothing else. Don’t ever let your unsteady emotions stop you from moving forward. W

hat used to be yours is not yours anymore and you have to respect that. Respect his new relationship.

I know you’ve seen the pictures of them on Facebook. I know you messaged him a couple of times with another attempt to manipulate him into coming to your aid once again. I know you wanted to get a rise out of him and see if those feelings were still there. I know you’re starting to see that it’s different with her. I know you now see that he’s not taking the chance of messing things up with her.

I also know that you ask yourself over and over why he stopped replying and when he asked you to respect his new relationship part of you is crying on the inside. I know it’s hard to watch what used to be slip so far away. He’s happy with her and she’s happy with him.

I know how it feels to be in your shoes. I know what it’s like to see the guy you love move on with someone else. This is just simply a part of life.

She is not controlling him, he is with her by choice, he chooses her. She is not your enemy; she’s simply a girl who happens to fit a little bit better with your ex at this point in life. She’s just a girl in love—like you were and like you will be.

If you still love him, like you say you do, then you need to let him go and move on. Allow him to be happy—because he was broken too when you broke up, he just found a way to mend his heart with someone else. Don’t think he’s forgotten all about you. He is the man he is today partly because of you.

One day, you will be happy again. You won’t even notice that another guy is already making you smile, making every morning worth waking up for.

A fiercely independent woman who lives in a town where humans feel safe. I love Netflix, a good belly laugh, the scent of books, and the sound of rain. I write about my insane thoughts in the most twisted way imaginable.

Breaking Up Letting Go Other Woman

To The Girl Who Can’t Get Over My Boy

Stop Going Back To Him — He Doesn’t Deserve Your Love

For Those Who Are Still Hurting, Take Your Time

The Poetic Horoscope You Need To Survive The Month Of June

You Don’t Need Him, You Never Did