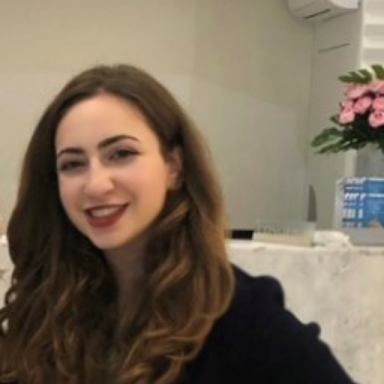 “I can’t believe you won’t take me as a client. You’re a lousy matchmaker!” exclaims the 42-year-old woman on the phone. My mother looks at me in sheer anguish, frustrated by the accusations. The woman on the phone burst into an almost performance art-level outrage.

I shrug, observing my mother – well, it could have been worse.

After a 30-second introduction, Jane rushed to discuss potential partners. She stated she was on the quest to find her perfect man. In her vision, he must be a tall, dirty blond, blue eyed, well-mannered man, preferably with an established financial standing and a decade younger than herself.

In Jane’s mind, her requirements were completely justified. She, as much as any of my mother’s clients, wanted nothing more than her happily ever after. Struck by the conversation, my mother gently recommended that it may be necessary to expand the scope of her checklist in addition to easing into the idea that perfection was purely a myth that didn’t exist. There is no magic that could transfer a man seemingly perfect on paper into existence, a concept she repeated on a daily basis.

My mother, a professional matchmaker for the past five years, refused to work with such requirements. Instead, she offered to help Jane in finding a partner that will add value to her life, make her laugh, and share her values. A man she could trust to be the foundation of a long and loving relationship. Following my mother’s statement came the volcano outburst of accusations and a list of reasons my mother was a terrible matchmaker for refusing to take her as a client.

Thus, to save both time and energy, my mother simply hung up the phone.

I couldn’t blame Jane for believing she deserved to have everything she ever dreamed of in a man. I did disapprove of the allegations, however I had long came to terms with the fact that this was nothing more than an occupational hazard. She was a modern woman who grew up believing she was a princess until my mother uncovered the fact that no one else would be on board with the whole princess thing.

Jane, like so many others, was simply trapped in the belief that modern love exists. After witnessing love stories from a distance and a series of failed relationships of my own, I have come to distrust the concept of modern love. I can finally admit that my mother was right.

We have become insatiable.

Jane assumed she could have any partner on this planet that would fulfill her extensive checklist. She was convinced that this was what modern love entailed — a reality which had been molded by society to believe the fairytale happily ever after. The list including our wants and needs continue to grow until we are right back where we started – alone.

I hear the anthem of a generation frustrated with hookup culture on a daily basis. I see perfectly sane, reasonable human beings on dating apps believing the next best thing is just a swipe away.

I see these swipes making us superficial, in a merry-go-round of competition for attention.

I see the clients walking through my mother’s office, unable to navigate their way inside life’s romantic scene of ‘’no strings attached,’’ which has long become synonymous with settling in a culture refusing to date or pursue romance.

Thus, with all the information within my reach, do I follow my peers in the superficial pursuit of modern love and forego my mother’s advice?

Do I finally join the swiping generation?

Do I continue wearing bright pink glasses, blinded by the knowledge that modern love is just a spark that will eventually fade away?

Or do I abide by my mother’s advice and encompass the idea that love is traditional and conventional?

Do I seek to be different than my peers at the age of 23 and place monogamy over an impulsive one night stand?

Should I come to terms that love is nothing like we see in movies and hear in a fairytale?

The anxiety is overwhelming me as I write these very words. But so is modern love. A kind that fills novels, TV shows, and movies, yet not one that is applicable to reality.

Modern love is a fantasy.

Better yet, modern love is a fallacy.