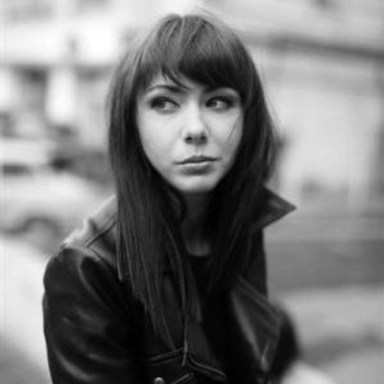 By Ioana Casapu Updated July 20, 2018
Amongst the greatest joys in life is to romance with someone you’re not social media connected with. That person may as well be yourself.

I take pictures of myself every day, everywhere. I became quite good at it, and nobody seems distressed by the superficial sighs of a woman photographing herself with her phone timer camera in random instances on the streets of Berlin. Edward Hopper could’ve painted this moment, in all its staleness and anecdotal glory. It makes me a bit depressed to see the normalization of this habit I used to mock a few years ago as I watched tourists document their lonely vacations in southern Spain as selfie sticks rose to prominence. Alternatively, it makes me learn quite a lot about perception and human kind.

Looks like you have a new boyfriend, some people tell me. Oh how come, I ask? Well, these candid Instagram portraits, the captions like “Life is short, find your boo”, they reply. When I break their bubble and confess to my excellence in narrating these visuals I shoot and star myself, they have mixed reactions, but I stopped worrying whether that’s a compliment or an insult. I take it as an experiment.

When I met my ex, who was much older, charming, and yet as emotionally challenged as some charming people can turn after some depleting divorces, he told me I don’t know if I want to simply be an experiment to your writing.

And for a long time after we broke up, with those words plaguing my mind and my memory of us with some strange form of guilt, not only did I not write about him, but ceased writing completely. I was too angry and exhausted to, in spite of encouraging prompts coming from both mine and his friends, the people who gravitated around our relationship bubble for as long as they did.

I felt unsure why we had failed at love, and, after hearing the myriad of versions I laid out for them to detangle and analyze, most of my friends said it doesn’t even matter, really. It sounded rather desensitizing, and it was not what I wanted to hear.

The type of break-up where one person’s emotions are left hanging in a silence of doom while for the other the divide has happened long before it was even official is perhaps the most daunting form of separation. In and out the relationship, I came to experience the whole range of confusing emotions that come along with – as I’ve learned – dating someone who doesn’t really commit to dating you, but only the surface you, the one that doesn’t reclaim a real, deep connection. For someone who has entertained clear cut and lengthy relationships in the past, where the reasoning for the relationships was very face value – no matter how rocky things had gotten – loving someone who wants to keep things in the air forever is beyond challenging. It warps the reality and triggers your worst fears, but also theirs. It goes bad, and unfortunately, it doesn’t get better before it goes that extra mile of bad, the one you didn’t quite see possible.

As an advocate for closure, I couldn’t acquire it this one time no matter how much diplomacy I tried to invest. And so, to help me deal with my ever growing despair, my therapist opened up the gate to a new ground of possibilities I could operate with, from no contact to addressing my fears and demons into penning and burning letters, spelling mantras for energy cords cutting and figuring out exactly how I got so badly broken in childhood that I ended up with someone so close to my parents’ behaviours: avoidant and dominant. Post break-up, my ex clamed up and so did I. There wasn’t a contemptuous farewell, nor a promising window of opportunity left to linger through. I thought of Berger from Sex And The City. He just couldn’t.

But two months into my supposed recovery, I experienced some form of brain zap in the style of a slap in the face from the reality of the situation. My ex had moved on and I didn’t. Being off contact, disengaging from checking his life’s evolution over social media, burning those letters or simply struggling not to think about him and his prospective new partner(s) were exactly what I needed in order to understand I was turning myself into an emotionally distant, unavailable person to the things I actually stood for my whole life: openness and the liberation that comes with sincere communication.

Staying away from a haunting memory of the love I shared, at least on my end, wasn’t making me bolder, or reformed, or more successful. It did, in fact, turn me into a grumpier, bitter person, even though on the outside I seemed fulfilled, happy, thriving and truth be told, hot. But the answers I needed the most I couldn’t forge for myself no matter how many reasons I tackled for the grand finale, no matter how many thoughts I penned down or no matter how many consolation emails I sent to myself as a form of catharsis. Only he had the real answers. Staying on this forced healing path, without the resolution of knowing what’s become of our relationship that it had to end, felt like a strange form of punishment.

I eventually wrote my ex a memo thanking him for the good moments and for the bad moments as well, explained in few words how it’s been uneasy for me to move on and expressed my need to know his side of the story so that I may finally close the chapter. He didn’t reply, which gradually made me bounce from feelings of Ha! I have the upper hand now! to intense relapses of frustration, hopelessness and pure sadness. Then something different happened, something that made me realize my life had very well continued without my ex, and I had been the one to make the major contribution to my own recovery.

I’ve done many experiments with myself in this life. In fact it’s what I feel we positively do every single day, just not always consciously. My ex viewed this as something scary, I believe it’s instead only as scary as personal growth can be. Lately I’ve been experimenting with finally returning to my natural hair colour, embracing my affinity for long nails and high heels and procrastinating less around eating the foods my body craves: peas and salmon. But for the past years, and especially as writing has exponentially helped me make sense of the world, I immersed myself into more challenging experiments than re-vamping my looks and my diet. I went on Tinder to assess the sex vs. loneliness epidemic and met 150 women and men (the entirety of my matches) across five countries for a commissioned story. I quit social media for six months (and some people thought I actually died). I refrained from coffee or alcohol for many months and instead turned to warm lemon water just to see if my bladder behaves differently (it did, but coffee prevailed). I experimented with loving, learning and tuning into trends and currents just to see what makes people happy, and what do they run away from.

Then there’s the love yourself experimentation epidemic. One of the many epidemics we just can’t seem to own the tools to live up to. While the relationship with my ex was definitely not lined up with my core expectations and didn’t fill my emotional gaps – it inadvertently unlocked traumatic dimensions in me, which had to be healed and integrated so that I could begin adding the love I needed so badly on top of the loneliness I tried hard to alleviate with external resources.

For what I know so far, loving yourself may in fact be a series of simple things and newly embraced habits which can make little sense to both yourself and the people around you, or make you feel like an alien – or worse, as a complete idiot.

But if it’s essentially about those things that bring you pleasure, and you toy around with them for long enough, you are perhaps the only person who should care or be happy for such selfish acts as purportedly photographing yourself on the street whenever you feel like it, sharing your breakfast with a stranger or eating all the peas in the world you crave for.

Loving yourself may not mean you’ll suddenly feel less lonely, however, loneliness may become something you accept and no longer try to defuse with people and situations you’re not ready for or that simply don’t add up to your values. You may, in fact, become pickier about the people and events you attend to, which in a way decreases your FOMO. It may not come off as a huge, rewarding epiphany that turns your reality upside down and downplays all your shortcomings. It is, more effectively, a series of potentially silly, guilty pleasures and quirks that once you’ve stopped being concerned about how they look from afar and, most importantly, how they make you look in the eyes of others, are granted to allow you to be you. And that’s, perhaps disappointingly, not a brilliant video painted in Clarendon hues, or an overly sensational, overly abundant lifestyle you were taught to aim for. But it has your chosen rhythm, and your elementary desires combined and catered to in a way that doesn’t ask for permission, and that, in its irreverence, is not an act of rebellion anymore, but an act of service to yourself. And that is, maybe, good enough.