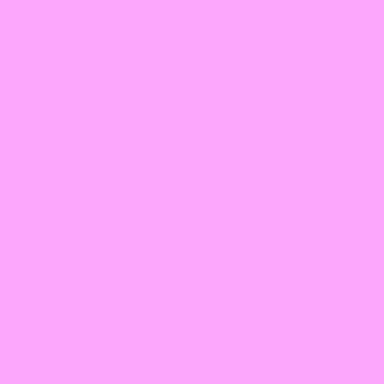 Our calls on Skype used to span for entire days. We would sleep with our face pressed to our keyboards. My laptop fan ran so hot that sometimes I’d tactically move it to different spots on my bed out of fear that it might fizzle through my bedsheets. I would ask her to go on webcam just so I could see her more humanly. I liked to see her laugh. If I could do nothing else, I could make her laugh.

We were depressed for a long time and she lived far away. When I visited it would be intense and immersive, but infrequent due to our starving artist nature. Money conquered and divided us many times, but we persisted and became close in nearly all the ways except in physical distance. When we weren’t together, we would share music albums, art, literature, and personal philosophies with each other online. Our Skype conversations looked hieroglyphic most times — a flurry of web links followed by nebulous statements that she or I had written in response to what was being said on the call. A barrage of intense thoughts about the trajectory of the world and how to change it. Sometimes I wondered if it was love that bound us together or simply misery. It’s not so much that misery loves company, more that misery obsesses for it. Misery is addicted to it.

We became close in so many ways and our screens watched and remembered it all.

We ascended in our awareness together, moving from apolitical indifference to a hyper-awareness of systemic issues. We felt the Bern despite being on the opposite side of the pond. The depression only deepened when he lost the primary, the dwindling flame of our faith in humanity’s desire to correct its dire course got much dimmer. I think we lost a lot of hope back then. She persevered, keeping an eye on every affair in every land, and I began to ignore mainstream politics and focus on the politics of self, specifically the Blackness of my skin and how it positioned me in the world and all the ways hypermasculinity had led me astray.

It was my past actions that broke us, and it did so slowly and gently. I had grown through her in more ways than one, and such an act will leave always irreconcilable wounds. I had to unlearn a wealth of damaging behavior: ill-communication, non-acknowledgments of her feelings, bravado and feigning indifference, not allowing my own emotions to manifest in a healthy way, and disappearing sporadically. All the trimmings that came with commitment phobia, of feeling inadequate, and of feeling ill-equipped to provide and be to her what a ‘traditional man’ should be. I felt emasculated by my lack of financial capital and insensated by my lack of direction.

I unlearned and have been committed to unlearning, but it came at her expense.

There were a magical few months where the depression finally faded. Through the lack of misery grew a laser-focused certainty in how cemented she was in my heart. Those months felt freeing, wonderful, and perfect. I managed to conjure up a cinematic visual of a potential forever in my mind’s eye. But the death echo of my past choices would leave her too hurt and distrustful by who I once was, similar to the bitter tradition of men with misplaced pride who only seem to muster respect for women after they’ve fathered a daughter. The revelation I had was too late as the damage bubbled underneath the cinnamon sugar-coated magic of those fleeting months. Something was always going to give. Through the rubble of our relationship, I have an uncanny sense of pride in her. I would have been conflicted, too. I would have left me, too.

Losing someone who is still alive and who was so dear to you is indescribable (but I will agitate myself trying). For a while, you feel like a part of you is missing. For me, that feeling alchemised into a physical sensation of hollow sickness, densely resting on my stomach’s pit, incapacitating me for days. I spent those days bed-ridden, binge-watching Jane the Virgin, not eating for days and then ordering bulk amounts of food and, most importantly, uncoupling from my phone. In this state, it felt like a beautiful, rose-tinted, hypothetical forever was imploding inside me. As time went by, it started to become more nebulous, feeling more like a gaseous form wafting through my whole body and swirling around. Sometimes I’d feel like there was a grave danger approaching her that I had to warn her about, but I think that was just an excuse to talk to her again.

She was water, fluid in every move and delighted by nature. She was averse to technology being a part of her creative processes, but it was all I ever knew. These devices can command humanity as much as any other tool, a piano or a paintbrush, and because I know this, I know that a lot of our collected affections were captured on the very device that I’m using to write this. Remnants of a romantic connection encoded and remembered in a virtual landscape that becomes so treacherous to navigate. I sometimes type into the web address bar and her Instagram would drop down as a suggestion, and I still wonder when that pinprick sting will go away. I sometimes scroll through my emails and I’d see one she’d sent with a playful subject line that would catch me off guard. I sometimes reach for my phone in the middle of the night, the screen glaring like a blowtorch that welded her and I together, and I expect to look down at it and see us, melting into one another again. And so no notification satisfies me enough.

We were tethered by our computers and phones and I find myself haunted by these devices. Always waiting for a hand to extend through my screen. We are connected still, phantasmically. At any time, I could reach. Falling into old and familiar comforts is a dial away, from a phone that never leaves our side. It is hard to mourn when a reminder can assault your senses at any given time. The thirst to reach out, to try and reconcile, to try and mend, becomes parching. The potential access is daunting. The physical distance that once weakened us has become irrelevant. We are close always. We are button presses away from one another, and it is easy to stumble into one another.

Technology is in equal parts wonderful and wicked. I have befriended people on nearly every continent, of nearly every color and belief, of nearly every sexual orientation and gender identity. I wouldn’t have learned and unlearned the things that I have without the omniscient aid of Google search. But with this quietly mind-blowing interconnectivity is the inability to fully escape — an infinite lack of closure. A succession of hurdles that seem endless and as you jump over one, another digital reminder appears, higher than the last. My best friend combats this with the almighty power of the block, and for a while, I followed in her stead. I blocked her because her appearances out of the blue were debilitating. The only problem with this was the darker and idler corners of the night and day, where my fingers had enough space and time wander. I would be compelled then, and I would stumble onto her pages because it was easy to. I would remove her thoroughly, uncouple from every path of communication, and when she would inevitably appears in one of my digital spaces, I was caught off guard. Sometimes it would be a short pang, and sometimes I would slip and spiral back into my infinite bed with my center imploding.

And so I leave the channel open and try to heal the wounds only using the physical distance that once grinded us down, because in the end, it will all come down to how much self-control I have. There is no instruction manual or time-frame to overcome a heartbreak in the age of internet romance. There is no way to sever ties, to render your past finite without being able to rebuild a bridge, if only an optical one, back into their lives and watch them thrive or flail through an electronic looking glass. Every time I touch my phone or write on my laptop, there is ectoplasmic residue from a relationship that was forged through those devices, and as the days go by I wash my hands again, and it will circle the plughole. I have to believe that the plasma will wash away, because the world is teeming with people who will be excited by the person I am today, and who will do everything in their power to not want to become a ghost to me and when I feel my hands are clean enough, I can look for them. Through my looking glass or maybe in the real world this time.