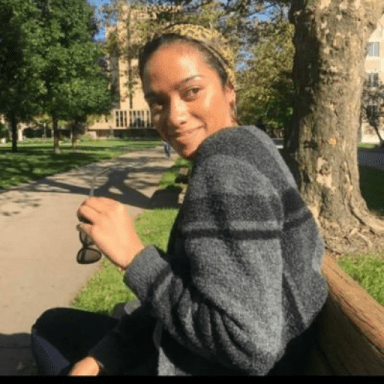 By Iman Omar Updated May 6, 2021
Photo by Rendy Novantino on Unsplash

By Iman Omar Updated May 6, 2021
Photo by Rendy Novantino on Unsplash

In the past few years, our world has drastically changed, we’ve become more technologically advanced, and we’ve seen tremendous growth and strides in issues of equality and freedom. We’ve come a long way in terms of acceptance and tolerance through respecting the views, expressions, and identities of all people. Yet in many ways, our 21st century vision continues to be blurred by confounded efforts of hatred, the most recent of such events being the French Senate’s decision to ban and restrict the hijab for Muslim women.

This law has been a long-winded battle in France for a few years in their attempt to end extremism and fight the so-called “Islamist Separatism”. First of all, you cannot end extremism through an extremist tactic of isolating and targeting Muslim women for how they decide to dress. (Please help me understand how the lack of a piece of cloth on one’s head signifies the end of terrorism — be real!) Secondly, “Islamist Separatism” is not a thing. Do we refer to Nuns as Christian separatists? (Again, be real!) I’m sorry (not sorry), but to me, this so-called separatism just sounds like individualism.

A secular society does not mean anti-religious customs. What happened to freedom of choice?

The French government is actively enforcing the ban on all Muslim girls under the age of 18 from wearing a hijab, trying to restrict hijabs in universities and higher education, as well as preventing mothers who wear hijabs to be able to accompany their children on school trips, stopping women from requesting gender-specific doctors for religious reasons, and finally, restricting the halal slaughter of meat while forcing halal stores to start selling pork and alcohol. Furthermore, the proposed Anti-Separatism Bill (not yet completely passed) includes closing select mosques to stop “hate”, restricting Muslim homeschooling, and ultimately criminalizing Muslim expression.

What’s absolutely ironic is that although France veils (yes, the pun is most definitely intended) their motives as being against extremism and hateful acts of violence and oppression, their response is in direct correlation with what they claim to be fighting against. For a society so concerned about safety and freedom, they fail at practicing these qualities as they actively isolate a certain group of people, both targeting their freedom and their dignity. France inhabits the largest Muslim population in western Europe, and these laws actively stigmatize many people who recognize the country as their home.

It is my considered view that if we are to truly work towards bringing people together, fighting hatred, and envisioning a better world, we need to start with empathy. There’s a reason the common saying “fighting fire with fire only makes the flame grow” exists. You cannot expect a loving, enriching, and tolerant society with laws that express bigotry. That in and of itself is extremist and resolutely supports the views and expressions of extremist groups. As a Muslim woman, as an activist, as a humanist, I urge you: Please do better! #HandsOffMyHijab

“To deny people their human rights is to challenge their very humanity.” – Nelson Mandela

I write what I feel. It helps me heal.