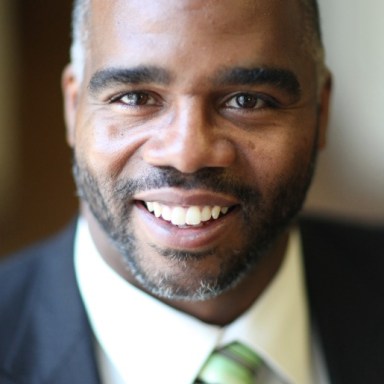 You can hate war but still honor our veterans.

I used to live Upstate NY in the Western edge of the Delaware County in a small town called Sidney. We had a ranch style home on the top of a wooded hill. In the early 90’s we had no cable and there was no television so when Operation Desert Storm began we sat around the radio and listened to live coverage of the events. It was the 1990s, but all of us huddled around the radio looked more like something out of the 1950’s. This was my first “war” and my introduction to the possibility that one day I might have to go and fight wearing the colors of the United States.

That scared the crap out of me.

Like any boy I was a big fan of GI-Joe and was raised playing with little green army men. My oldest toy, a toy I still have, is a steel Tonka Jeep I never knew that in WWII my fathers father had probably driven one of those. My mother didn’t let us watch the A-Team in the 80’s because it was too violent until someone told her that no one ever gets killed or shot in the show – even though there were plenty of shots, bullets, guns, and explosions. The real violence was raging around us in the streets of Brooklyn. War was a game, something that pitted scrappy and smart good guys against bad guys with unlimited resources bent on world domination. Eventually the good guys, the heroes, would always win.

Then I saw the movie Platoon.

This was just after I had moved upstate and I was nine years old at the time and my stepmother decided that I needed to understand the reality behind war. On a school night she took just her and myself to the closest bigger town, Oneonta, and we sat and watched the exhausting tale of a selection of normal men working their way through the cruel reality that was the ill-fated Vietnam War. I remember that there was no clear good guy and bad guy. The bad guys seemed good and the good guys seemed bad. Both sides seemed like they did not want to do what they were doing. Both sides were broken, hungry, and losing faith. The American soldiers took drugs to numb their psychological pain. The heroes were the ones that stayed sane.

I decided then and there that I wanted nothing to do with war.

Years later when the war broke and we listened over the radio I was a freshman in high school. I was scrappy, I wanted to be the hero, and I wanted to stay sane. The very next day I wrote a letter declaring myself a conscientious objector, claiming my right to refuse to perform military service on the grounds of freedom of thought, conscience, disability, and/or religion. Although the media and the politicians declared that this would be a short war I was worried that it would threaten the most prime time of my life; 18 was not far away and I did not want to waste it away in the sands or jungle in some far off place in the world. Aside from fighting Hitler, I remember thinking, or from protecting my own family from a direct threat on my own soil, I could not begin to imagine a cause that could compel me to put on the colors, the flag, and be trained to kill and then wait for orders to do so.

War is not for me.

But that does not mean that I do not respect the determination of my forefathers and foremothers that were compelled to fight for their freedom and to fight wearing the flag of the United States. Many members of my family fought in foreign wars. It was a different time. They joined as many others did so that they could come back with an elevated status and create a better life for those that would come after them. Which they did.

I did not have to go to fight to pay for college. I did not have to fight to get respected by others. It is for this reason that I honor their efforts on this Veterans Day. You may not like war but you cannot discount the sacrifice that many have made. For those who are now interred and for those still with us, like my aunt and my uncle, who served in times of peace, I honor you and thank you and send you blessings on this day.

You service is honorable and I truly hope that one day we end this terrible practice we understand as war.