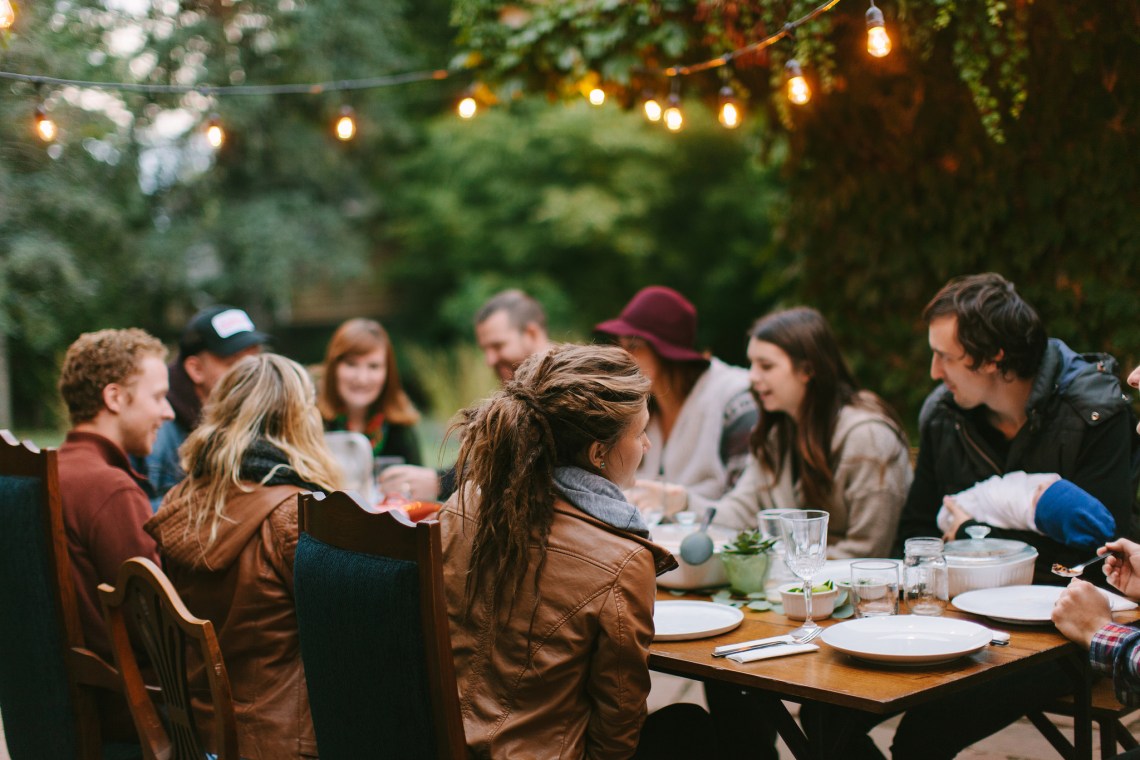 When you were alive, we would gather in your house every Thanksgiving — but it felt like our house. Like it belonged to everyone. It was cramped, low on space, but we would take our plates to the couch or stand in front of the television while footballs were tossed on the fuzzy screen. We would balance our sodas on the floor, hoping not to kick them onto the rug while we teased each other in the way only family can tease.

When you were alive, you would spend ninety-nine percent of your time working your butt off in the kitchen, sweating from the heat rolling from the oven. You would make enough food to last three Thanksgivings, no matter how many people ended up showing. We barely had enough room on the table to fit the turkey, mashed potatoes, ham, lasagna, cookies, and pie. No one left without leftovers. You made sure everyone was taken care of for the following week. You would always take care of everyone.

When you were alive, and the food was safety on the table, you would emerge from the kitchen to exchange whatever disc we had popped into the stereo in place of Johnny Cash. You would dance around the room with lyrics spilling from your lips, not caring how you looked, and encourage the rest of us to join you. And we would. We created our own dance floor in the five feet between the table and the stereo. We didn’t need room. We only needed a song.

When you were alive, we never went to the fridge for a beer. We would escape outside, onto the porch, where the cans were waiting in their cardboard boxes, the weather keeping them cool. It didn’t matter if there was snow on the ground, because at any given time, half of us would be outside. Someone would be smoking. Two other someones would be huddled in a private conversation, meant to be kept between themselves. Then someone else would have the idea to play kickball on the front lawn and everyone would scatter to join, flooding outside with their dragon breath and fluffy coats.

When you left this Earth, I was worried our family would fall apart without you. And, for a while, it did. Some moved away. Some fought. Some cut contact. Gatherings grew smaller or were completely skipped over. Nothing was the same without you.

But this Thanksgiving, we are going to gather together again. We are not going to be in the same cramped house with sodas on the carpet. And we are not going to be storing the beer on the stoop or eating around a too-small television. But we will be comparing the meals to what you used to make. We will be saying remember that time when as an excuse to tell stories about you. We will tease and we will laugh and we will probably dance.

We will reform our family until it feels like nothing has changed, like you are still right here alongside us.