By Holly Riordan Updated January 14, 2022
If you want to scare yourself senseless, then add these books from Ask Reddit to your reading list. 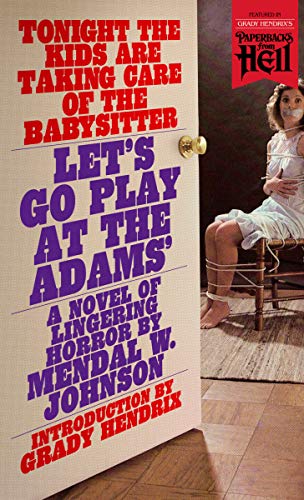 1. Let’s Go Play At The Adams by Mendal W. Johnson

“It tells the story of a group of children who manage to tie up their babysitter, and as the realization of the power they have over her sinks in, their games become increasingly violent and humiliating.

Don’t get me wrong, it’s an amazing piece of literature – this is exactly why it is so disturbing. If you look for the reviews on Amazon, there are even people who burned the book after finishing it. I read ‘The Girl Next Door,’ but it doesn’t even come close to the psychological horror and cold narration of LGPATA.” — nervehacker

“It’s the life of a common rat, living in a medium-sized city. It’s totally realistic: the rat doesn’t talk or wear clothing or anything like that.

Maybe ‘scariest’ is the wrong word. I was revolted. Felt like putting it down several times and finally did about halfway through. I just couldn’t go on reading it. I’ve never done that with another book, before or since.” — autoposting_system

“My friend recommended it to me after he said he tried reading it once and got about halfway before he literally had to throw the book across the room and ride out a panic attack. He was known for hyperbole, but not to that degree. I was sold.

While I did have quite a few panic attacks and sleepless existential nights, I didn’t throw it across the room. I did however put the book down more than a few times to breathe and process what I was reading. It was so damn great to read a book about a house that’s bigger on the inside than it is outside (I’ve personally lived in many houses throughout my life and houses are my #1 fascination. Honestly I’m shocked I don’t work in real estate). It was easily the scariest and most mindfuck-y book I’ve ever read.

“Just a short story, but the Yellow Wallpaper.

Its about a woman with postpartum depression. Her doctor-husband prescribes bed rest and a vacation so she can recuperate.

Oh-my-fucking-god-it-does-not-work-jesus-christ-that-story-scared-the-pants-off-me! You’re reading it, totally fine, as it builds suspense, and then the end creeps you the fuck out. I read it once, years ago, and I honestly could not sleep in a house with yellow fucking wallpaper.” — iamasecretthrowaway

In War Day the authors write themselves as the main characters, that is they are Whitley Striber and James Kenutka. In the book they have survived in a badly damaged America for five years after a one day nuclear exchange. They decide to travel around the country interviewing other survivors and collect stories for a book. The scenario they paint is taken from the actual study by the Defense Department, and portrays the political fracturing of the country, the disease and famine, economic collapse, and the lingering after effects of nuclear contamination.” — requisitename 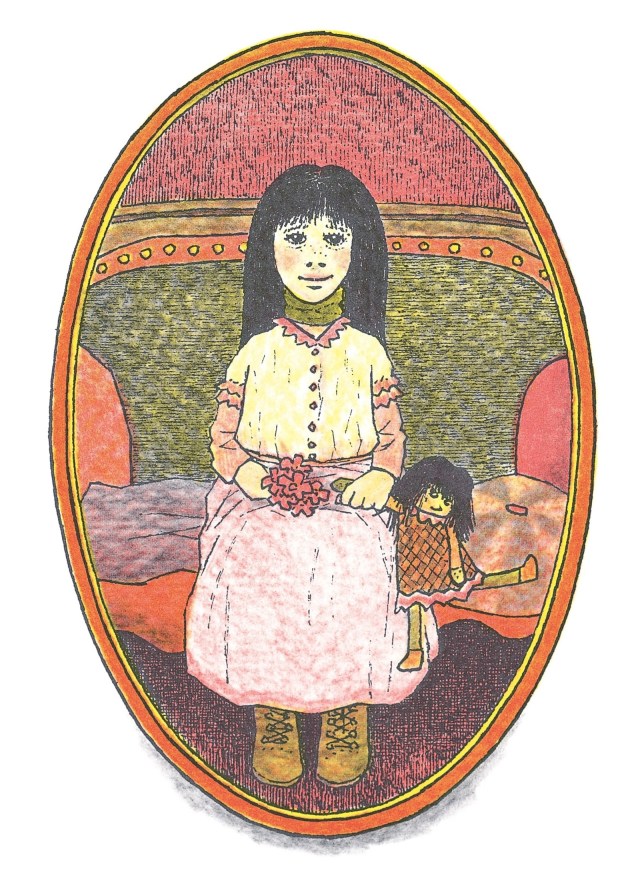 6. The Green Ribbon by Alvin Schwartz

“It was a short story called The Green Ribbon or The Girl With The Green Ribbon, something like that. A boy and girl fall in love and he always wonders why she wears a green ribbon around her neck but she won’t tell him. They grow up, get married, have kids and she still doesn’t explain the ribbon, until she’s on her deathbed. Shudders.” — JeSebella

7. The Shining by Stephen King

“The Shining. I read it when I was a kid, maybe 12. I got the the part where ‘the woman in the tub had been dead for a long time,’ stopped reading, threw it across the room, and didn’t take a bath for at least a week.

Have reread as an adult and love it, but still.” — strawcat00

“Gerald’s Game was honestly the first book in a while to freak me out. It built suspense really well and the imagery is just unnerving…” — sillystarfishy

“Coraline by Neil Gaiman has some pretty great, unnerving bits if you’re a preteen or younger reading it. For adults, he also writes some pretty creepy short stories here and there. In particular one that sticks with me as actually horror in the traditional sense is Feeders and Eaters.” — tunabuttons

10. The Jaunt by Stephen King

“I came across this a few months ago when someone on Reddit mentioned it. Just the idea of it fucked me up for days.” — frappuccinio

“Not scary per se, but made me very uncomfortable towards the end. It’s an amazing story by Octavia Butler. Aliens rescue the few human survivors after a nuclear war and proceed to fix the ecosystem. They aren’t doing this for our own good.” — geuis

12. The Best of H. P. Lovecraft: Bloodcurdling Tales of Horror and the Macabre

“This was the collection I read when I decided I should check out Lovecraft. I knew he was really influential in the horror genre and that’s why I picked it up, but I figured he was also from about 100 years ago or so, and I thought his stuff wouldn’t be THAT scary.

I was wrong. Damn, that man deserves his reputation.” — Dendarri

13. People Of The Lie: A Hope For Healing Human Evil

“Nonfiction book by psychiatrist M. Scott Peck in which he proposes that evil should be made a psychological diagnosis. Has a collection of stories of patients he had which he believes were evil, including a couple who gave their severely depressed son a rifle for Christmas; the rifle his brother used to commit suicide just a few months earlier.” — Sweaterman 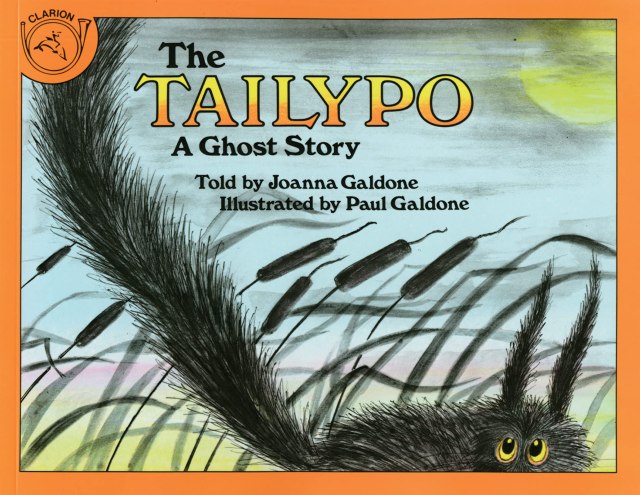 “That fucking story… we read it at camp like the first or second night there and it screwed me up for the rest of the time I was there. The mental image of the thin coming up the end of the bed at the guy scared the shit out of me.” — PopeliusJones

“One of the best books ever written

Who is he judge? Is he god? The devil? Who is the kid? Craziness.” — randomstrangerof 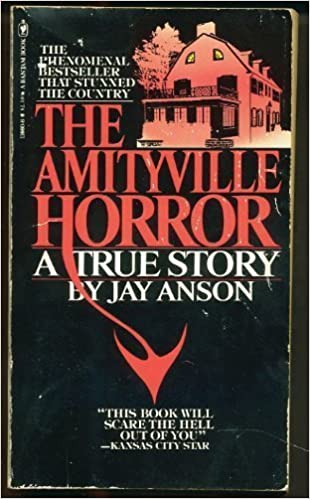 16. The Amityville Horror by Jay Anson

“Among the many scary things, the guy would wake up and the clock said 3:15 every night which somehow meant the house was haunted.

I had to hid the book so I wouldn’t have to look at it any more.” — Bec-o-Bec

17. Johnny Got His Gun by Dalton Trumbo

“Gettring trapped in your own body and not being able to communicate is scarier to me than any monster or haunted house.” — kltys

“I binged It straight through over a lonely holiday weekend in 1986 and had for real no bullshit nightmares for weeks. It is a great book. The Stand and It are his best works.” — Mailman_Cliff

19. The Damnation Game by Clive Barker

“Only book I ever read that gave me nightmares. Poor Bella.” — tristafiona 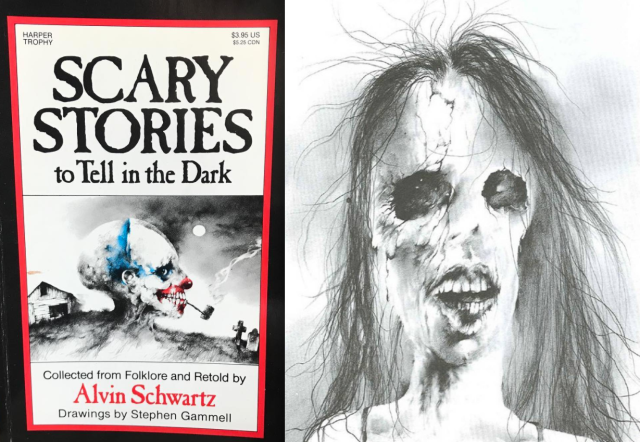 20. Scary Stories To Tell In The Dark by Alvin Schwartz

“I think my favorite was the one about the wolf girl, and the one in France with the dead mother and people convincing the daughter she was insane.” –depressedboy2

21. The Road by Cormac McCarthy

“It isn’t scary in the typical sense. It just carries a sense of dread throughout the whole book that was just oppressive.” — ezbakegaschamber

“For me, this was the scariest and most memorable of all the Stephen King books I read many years ago. Everything about that story was so upsetting to me, especially how it transitioned from unimaginable sadness to complete horror. Definitely my pick.

But yeah the movie was awful. So many of King’s best stories just don’t translate well on the big screen.” — Embeast

24. The Hot Zone by Richard Preston

“It’s a true story about a time where Ebola Zaire contaminated a testing facility and was almost released.” — emibozu

25. The Witches by Roald Dahl

“I read it when I was nine and couldn’t stop trembling when he was discovered by the witches in the hall.” — po_tae_to_anna

Holly Riordan is the author of Lifeless Souls, available here.

10 Terrifying Books To Hype You Up For A Spooky Time

The Book You Should Read Instead Of Binging Netflix, Based On Your Zodiac Sign