Report This Article
What is the issue?
This might not be the type of sex you’re currently having. But it’s the sex you WANT to be having.

Getting your hair pulled and your ass spanked while tipsy off of wine.

Gazing into each other’s eyes and forming an intimate connection that goes beyond the physical.

Making soft, sweet love and then leaving your clothes scattered across the floor while cuddling.

Flaunting your body and feeling like a goddess when your partner looks at you like you’re the sexiest sight his eyes have ever beheld.

Being intertwined for so long that your bodies become one and your orgasm triggers theirs.

Letting your shyness slip away and getting on top to make yourself orgasm harder than ever before.

Getting tossed onto a bed and then clawing at each other while feeling nibbles on your neck.

‘Casually’ sleeping with someone that you secretly hope stays until morning to eat breaking with you.

Doing the kinkiest shit imaginable to take your mind off of the stress of everyday life.

Letting your partner take total control while you relax with your head thrown back.

Laughing and moaning with your best friend until you both reach orgasm.

And here’s How You’ll Do Everything Based on Your Zodiac Sign. 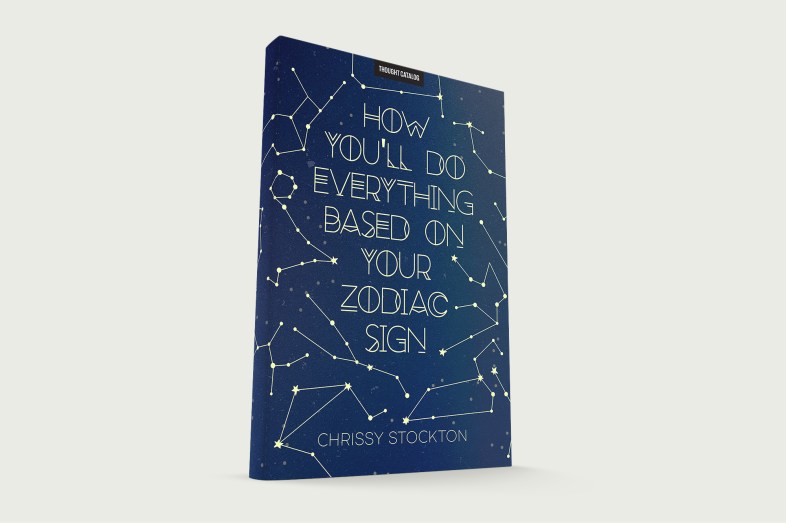 Here’s What You Need To Be Happy In 5 Words, Based On Your Zodiac Sign

Here’s What Your Love Life Will Be Like In 2018 (In One Word), Based On Your Zodiac Sign

Here’s What You’re Like When You’re Falling In Love (In One Word), Based On Your Zodiac Sign

Why Your Sex Life Sucks Right Now, Based On Your Zodiac Sign